We know what you're thinking, but it's not aimed as a competitor to the Samsung Galaxy Fold.

Microsoft announced a bunch of stuff at the Microsoft Surface event in New York on Wednesday, including a dual-screen device running new Windows 10X, the Surface earbuds and the Surface laptop 3.

Nothing out of the ordinary, until...

END_OF_DOCUMENT_TOKEN_TO_BE_REPLACED

Until Microsoft hit us with a dual-screen device called the Surface Duo that also runs Android. While Microsoft’s chief product officer Panos Panay seemed averse to saying the word "phone", he did confirm that it will be able to make calls.

The Microsoft Surface Duo is intentionally smaller than the Surface Neo so it can be handheld easily, with two 5.6-inch displays split by a centre hinge that unfolds flat into an 8.3-inch split working surface. 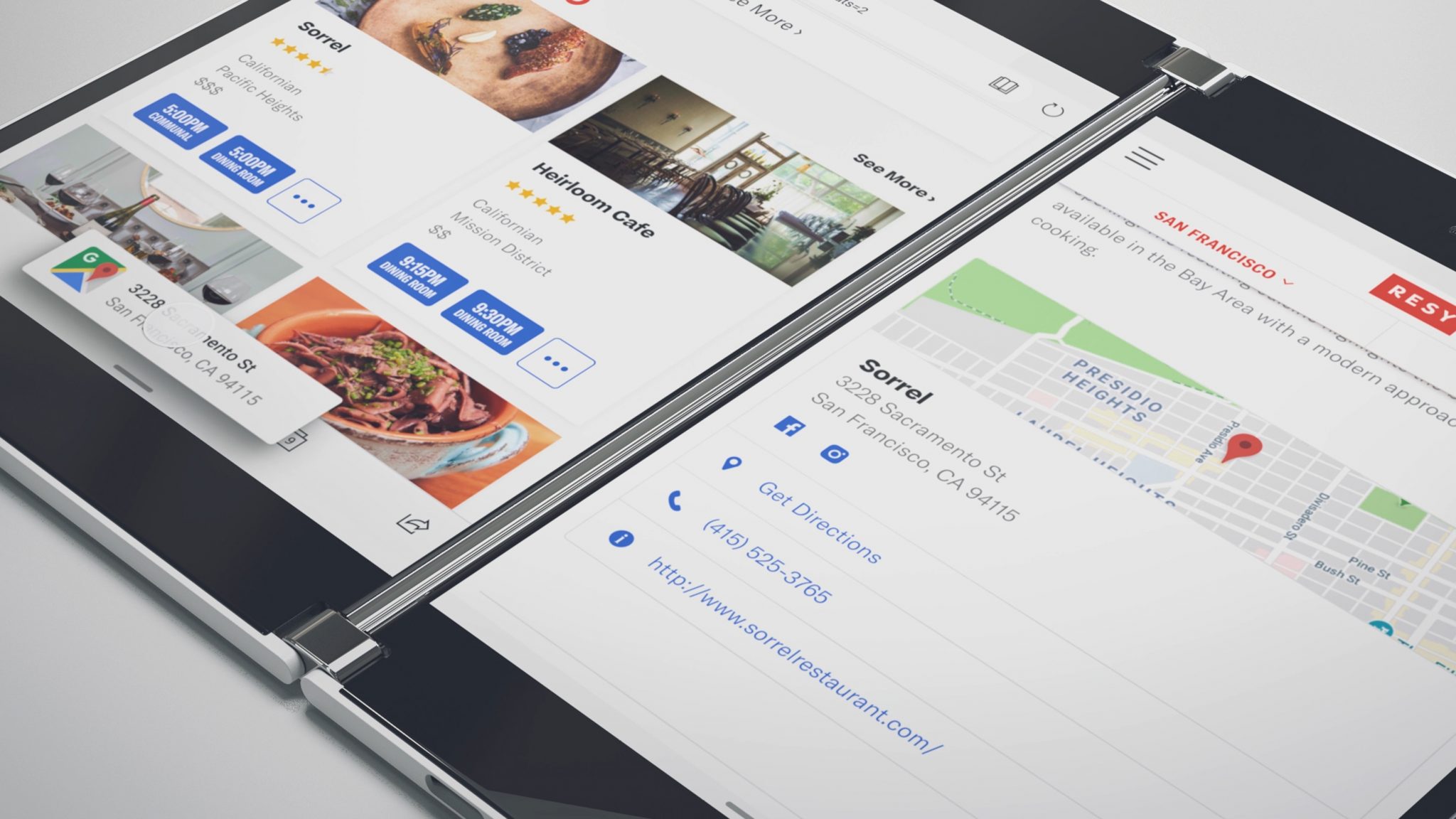 The visible centre hinge means that it doesn't provide the same seamless experience as the Huawei Mate X or the recently launched Samsung Galaxy Fold, although the latter has had numerous teething problems, including a recall earlier this year and mixed reviews of the fragile foldable phone.

END_OF_DOCUMENT_TOKEN_TO_BE_REPLACED

But it doesn't appear as if the Surface Duo is being launched to challenge either of these phones. The similarities end after you get past the fact they both run Android and they both fold.

This could be a saving grace for the Surface Duo because with folding devices such as the Galaxy Fold, which have one continuous flexible plastic screen that opens like a book instead of two screens bolted together, the Duo may well have been out of date before it even ships (December 2020). 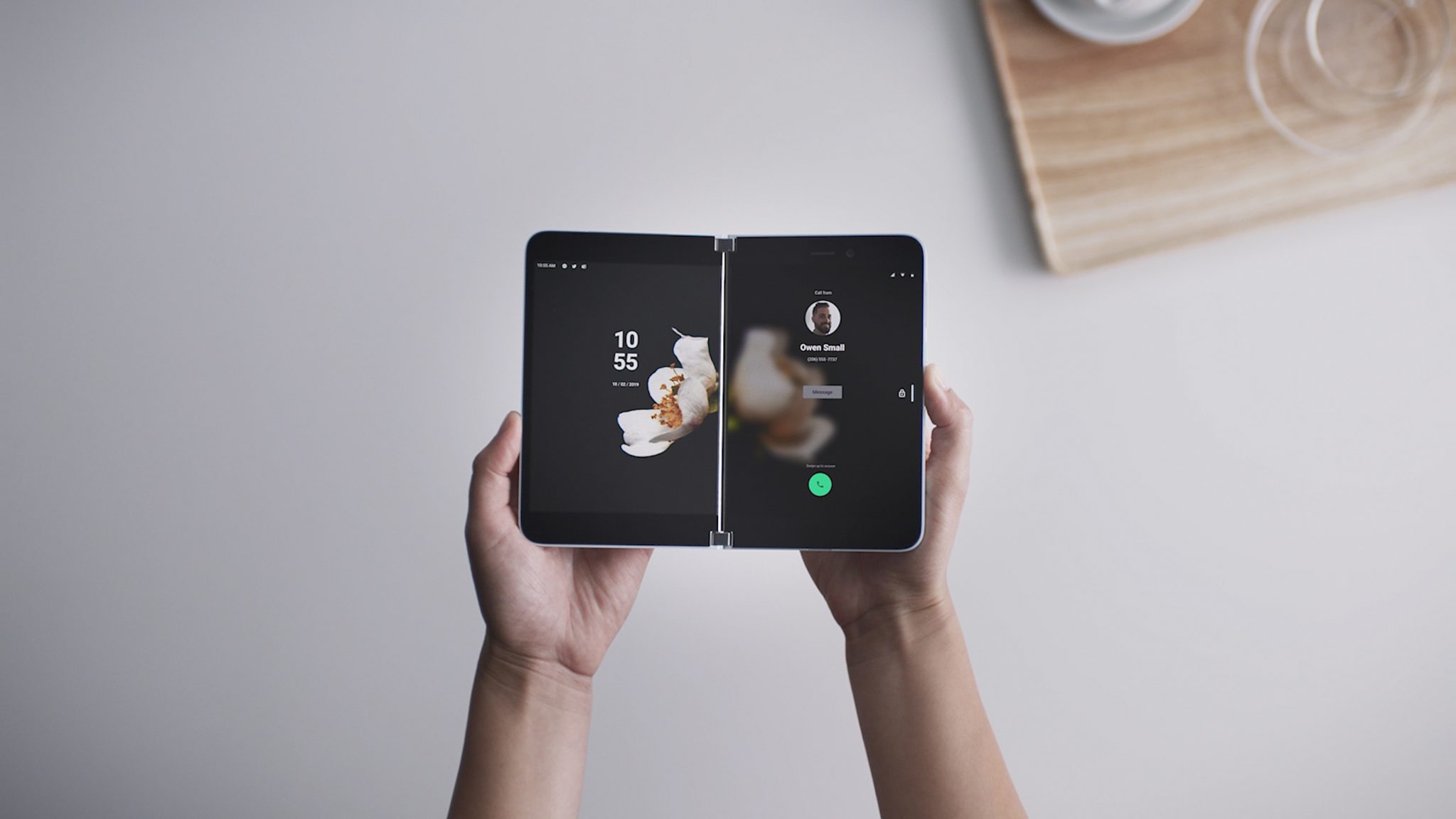 Microsoft pitched the Surface Duo as having the benefits of a phone, but also a computer on which you can do more because of the two screens. It's small enough to be handheld but too large to be comfortably wielded with one hand, so you're not going to be holding it up to your ear too often while walking around.

END_OF_DOCUMENT_TOKEN_TO_BE_REPLACED

It brings with it a more robust design, pen support, larger displays and, importantly, no gap between the two screens when folded.

There's no word yet on whether it will come equipped with a camera.

The Surface Duo will officially launch at the end of next year and is Microsoft's first venture in the phone world since it had to close its Windows Phone business in 2017 due to low phone sales.

The company has confirmed support for Windows Phone devices will end in December 2019.

popular
Details of cash payments and Christmas bonus outlined in Sinn Féin’s alternative budget
QUIZ: Test your knowledge with this Ultimate Friends Character Quiz
The JOE Friday Pub Quiz: Week 313
House Of The Dragon is already better than Game Of Thrones
A brilliant psychological thriller is among the movies on TV tonight
Amazon Prime Video has just added 20 very big movies to its library
The 50 most iconic songs of all time* have been revealed
You may also like
2 weeks ago
How Twitter is changing gaming as we know it
2 weeks ago
WATCH: Apple's iPhone 14 event featured some creepy teases for Severance Season 2
2 months ago
Microsoft could be sizing up to buy Netflix, claims analyst
3 months ago
Half of the internet stopped working due to outages
3 months ago
A new rival to Revolut is set to launch in Ireland
3 months ago
Google suspends employee after claiming an AI had become sentient
Next Page