You could soon be able to make payments online using WhatsApp

Is there anything it can’t do?

Sending money via WhatsApp could be a possibility in the near future, following reports that the Facebook-owned messaging service is targeting India as a destination to trial the service.

According to Indian tech news website The Ken, WhatsApp, used by tens of millions of people worldwide, is targeting India as part of a move into digital payments and could launch person to person payments on the app within six months.

END_OF_DOCUMENT_TOKEN_TO_BE_REPLACED

Applications are currently being invited for a position titled ‘Digital Transactions Lead, India’ on the WhatsApp website and although the position is based at Facebook headquarters in California, the responsibilities include providing ‘friendly and efficient customer support to WhatsApp users in India with inquiries related to digital transactions’ and helping ‘scale global support for digital transactions on WhatsApp’.

According to CNN, there are currently in the region of 200 million WhatsApp users in India – one fifth of its user base worldwide.

Furthermore, there has been a huge increase in the number of digital payment transactions in India following the decision to take 500 and 1,000 rupee notes out of circulation at the end of the last year, a decision which has taken 86% of India’s cash out of circulation. 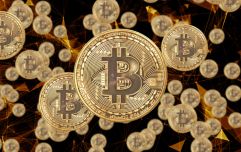 END_OF_DOCUMENT_TOKEN_TO_BE_REPLACED

WhatsApp has kept pretty schtum on the reports so far, but as well as the report in The Ken that cited four sources with knowledge of the matter, one of the requirements for the WhatsApp position is knowledge of Unified Payments Interface (UPI), Bharat Interface for Money (BHIM), a mobile app developed by the National Payments Corporation of India and Aadhar, a 12 digit unique-identity number issued to all Indian residents.

popular
An action-packed thriller is among the movies on TV tonight
Gardaí unveil new Armed Support Unit vehicles to replace older models
Bus Éireann’s service from Dublin to London will restart this week
Temperatures to hit highs of 25 degrees as summer set to finally arrive
Amazon Prime Video has just added 51 big movies to its library
Leo Varadkar slams allegations made by "sworn political opponents" after DPP ruling
WATCH: Protester interrupts Good Morning Britain with 'Bye Bye Boris' song
You may also like
1 week ago
Outlook is grim but "we can still avoid a recession" says Paschal Donohoe
2 weeks ago
Irish workers' wages struggling to keep up with inflation, experts say
1 month ago
Average weekly earnings rise to record levels in Ireland
1 month ago
Lidl announce a massive warehouse sale for one weekend only
1 month ago
Lidl to launch its second 'reverse vending machine' in Ireland next week
2 months ago
'Rich-poor' gap in Ireland now stands at just under €1,000 per week
Next Page