Picture: This is the best FIFA-themed wedding invite you're likely to see

And you thought you were obsessed with the best football game around...

The days of men sitting back and not lifting a finger when it comes to wedding preparation are well and truly gone, and it seems that in Hægeland, Norway, that things have really changed.

Sunniva Aurebekk and Eric Omdahl's wedding invitation is proof of just that, as the pair have come up with this incredible FIFA-inspired design, that has already got their friends (and people like us) talking. 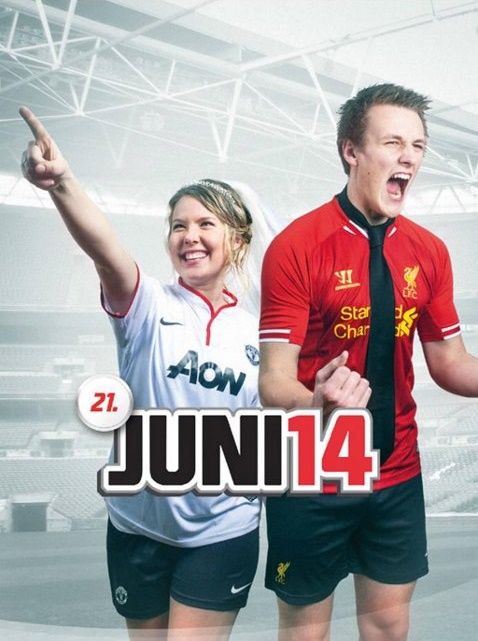 END_OF_DOCUMENT_TOKEN_TO_BE_REPLACED

Although we might expect it to be mainly the brainchild of the groom, Sunniva told Norwegian news outlet Borgensavisen that the idea came from Sunniva's brother, who knew that the couple play the game together a lot and that it would give an indication of the type of fun that people can expect at the wedding.