Planes without pilots? The future of flying is on its way

Not sure how to feel about this one.

We've heard about babies being born on planes lately and receiving free tickets for life but if this was to actually happen, it would overtake a flying baby birth every single time.

Boeing is an American multinational corporation that designs, manufactures, and sells planes, rotorcraft, rockets, and satellites worldwide and they are now ready to change the flying game forever. 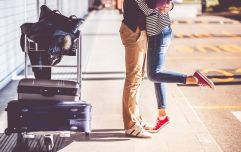 This free airport dating app is the Tinder of the skies

END_OF_DOCUMENT_TOKEN_TO_BE_REPLACED

Why does the word Boeing sound familiar? You would have probably picked it up while you were making your way to America or somewhere in Europe on a Boeing 747 and the like.

The company announced at the Paris Air Show that they will begin a project which tests autonomous technology in the hope of creating pilotless jetliners.

Boeing hope to begin the testing for these new jetliners in the next year and although it will push for pilotless journeys, they will still be able to rely on some human assistance if needed.

How does it work? The planes will have on-board flight computers which will be programmed to provide the jetliner with some self-flying capabilities.

These self-flying capabilities include allowing the jetliner to take off by itself, cruise thousands of feet above the ground and land which the company hope will need as minimal human interaction as possible. 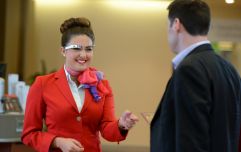 END_OF_DOCUMENT_TOKEN_TO_BE_REPLACED

The reason self-piloting technology has came to the forefront now is because the company feel it will help meet the increasing demand for pilots.

Boeing claim that a projected 1.5 million pilots will be needed over the next two decades to meet the every growing demand for air travel.

The Big Reviewski || JOE · The Big Reviewski with Andy Serkis, Squid Game follow-ups & the return of Succession
popular
New €140 million road officially opens today, replacing one of the Ireland's most dangerous roads
Expert wants 10 antigen tests delivered each week to every family this winter
QUIZ: Can you master this General Knowledge Quiz?
The cleanest towns in Ireland have been named
10 things I learned while rewatching the first two seasons of Succession
The JOE Friday Pub Quiz: Week 265
The JOE Movie Quiz: Week 124
You may also like
3 years ago
The reason you need to use 'Flight Mode' on airplanes is more boring than you thought
3 years ago
Ryanair may have to 'review' their new cabin bag policy, admits Michael O'Leary
3 years ago
Pilot 'sucked out of cockpit window' heroically lands plane after windshield blowout
3 years ago
World's longest non-stop flight will start jetting between New York and Singapore in late 2018
4 years ago
Here are the top 20 destinations for flights and accommodation from Dublin Airport this July and August
4 years ago
Ranking of 'on-time flights' shows how competition between Aer Lingus and Ryanair is a good thing
Next Page