PREVIEW: Far Cry 5 keeps it country as the game heads to Midwest America

The Far Cry series is famous for dropping us into exotic worlds full of evil lunatics.

This time they're transporting us into Hope County, Montana, and while the setting may be more redneck than rainforest, there are lunatics aplenty. 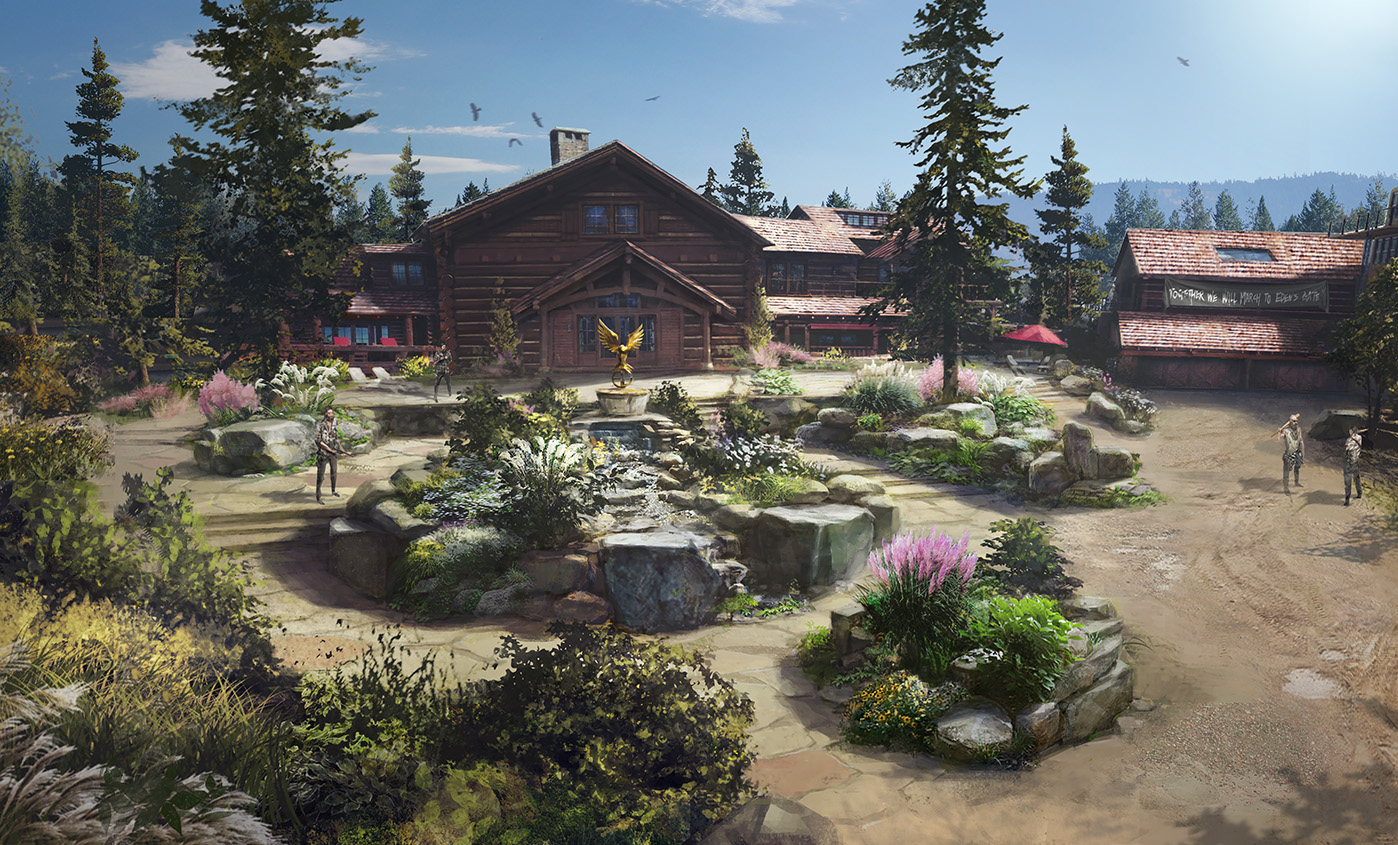 You play as the new junior deputy sheriff in town. If that sounds like an awfully cushy job, consider that a cheeky fanatical doomsday cult calling themselves 'Project at Eden's Gate' are after staging a coup and igniting a violent takeover.

Their leader is the charismatic Joseph Seed, who calls himself The Father. He believes God is asking him to get ready for The Collapse, the imminent end of civilisation. He's a looper, basically.

Ubisoft has gone as far as to create a few slick live-action trailers ahead of the release of the game. Check out the 'Sermon' trailer here to get a flavour for Seed and his band of eejits.

Suffice to say we won't be rushing to any sing-along church services anytime soon. 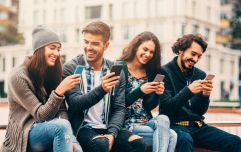 END_OF_DOCUMENT_TOKEN_TO_BE_REPLACED

All the hallmarks of the series are there, such as liberating outposts and aiding civilians so they join your cause.

However, you can now tackle the single-player campaign in any order you want. There is no linear path to follow from the moment you complete the tutorial, so you can go in any direction you choose and tackle any quests you want.

With the open-world setting looking as gorgeous as it does, it sounds like it'll be difficult to stop yourself wandering off the beaten path more than once. 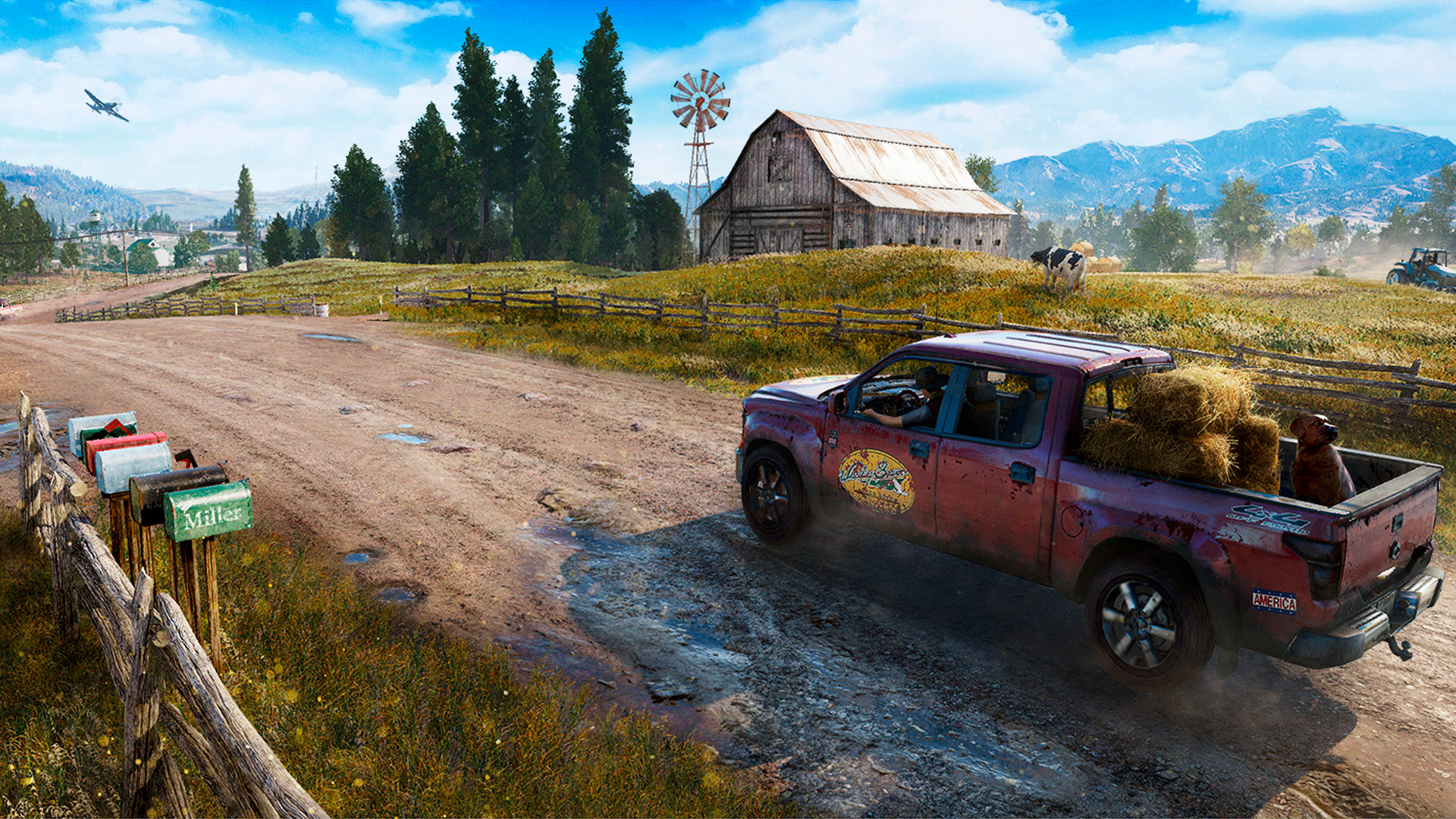 As you continue your fight against the cult, you'll grow your Resistance Meter. It represents your progression through a region and the effect your actions are having on the baddies. The more you push and resist against the cult, the harder they’ll push back to try and stop you.

Also, you can call in Guns for Hire, local specialists that you can recruit in the open world to lend you a hand. There are even Fangs for Hire, allowing you to enlist the help of a few animal buddies. 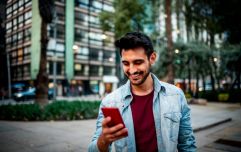 QUIZ: How much of a smartphone expert are you?

END_OF_DOCUMENT_TOKEN_TO_BE_REPLACED

The new online mode is called Far Cry Arcade, which will allow players to play online single, co-op or multiplayer maps made by the community. You can also create your own maps in the shiny new Map Editor, before breaking them out online for the whole world to see.

As well as that, the co-op system will allow you to bring any of your friends into your single-player game as a 'Friend for Hire'. You can complete the entire story in co-op two-player.

If all of this sounds very exciting, you can take a look at our video review right here:


popular
QUIZ: Can you recognise the Black Mirror episode from still image?
Dogs Trust Ireland concerned that dogs are not getting enough sleep
The 50 most iconic songs of all time* have been revealed
Thousands gather for anti-racism protest in Dublin city centre
QUIZ: Name the obscure characters from The Simpsons
The JOE Music Quiz Week 14
The footage of the SpaceX Falcon 9 rocket landing on a drone ship is well worth viewing
You may also like
4 days ago
Here’s how to play for the $336 million US Mega Millions jackpot, the biggest jackpot prize in the world
6 days ago
Be in with a chance to win over €50,000 for your local organisation in the Great Community Challenge
1 week ago
QUIZ: From the Vaults – How well do you know these classic TV shows?
1 week ago
COMPETITION: Win €250 worth of cool gear from the Gym+Coffee spring/summer collection
1 week ago
School with biggest Leaving Cert class in the country plans to create virtual day school
2 weeks ago
This week’s Mega Millions jackpot is $274 million, here’s how to enter
Next Page