You probably didn't know about these really handy WhatsApp tricks

Step up your WhatsApp game...

If you've any doubt over just how big the messaging app WhatsApp has become, just settle for a moment to digest that fact that it had 1.2 billion active users in January 2017.

The slick service rolled out a new feature last week which basically copies every other social media app on the market at the moment, and we're not overly happy about it.

But as a messaging service, it's up there with the best overall with constant updates and tweaks to try and ensure the best user experience.

Did we mention you can now send gifs?

But despite using the app on a daily basis, many users simply don't know the full range of features available on the app which make it so much more attractive to use.

One of the biggest problems with WhatsApp is sensing tone. Obviously emoji can act as a crutch in such instances, but if you really want to emphasise your point, there's another way you can do it.

END_OF_DOCUMENT_TOKEN_TO_BE_REPLACED

Did you know you can use bold, italics and strikethroughs on WhatsApp?

It's relatively simple to do, but extraordinarily useful. For bold, all you have to do is surround the word you want in bold by a * at either end. For example: *This* will place the word in bold.

For italics, you place a _ on either side of the word. _This_ will place the word in italics.

Hide the "last seen" message on your profile

END_OF_DOCUMENT_TOKEN_TO_BE_REPLACED

Do you want to be a little bit sneaky? Sometimes the "last seen" message on your profile can leave you in a little bit of pickle, especially if people get pissed off you're not replying to them despite the fact you were online four times over the last hour.

But you can actually turn off the last seen message that appears across the top bar in your WhatsApp so no one knows when you were last online.

It is a trade off though as you won't be able to see when anyone else has last been online either.

You can quote messages from other people

What better way to prove someone wrong than by quoting their own message back to them? 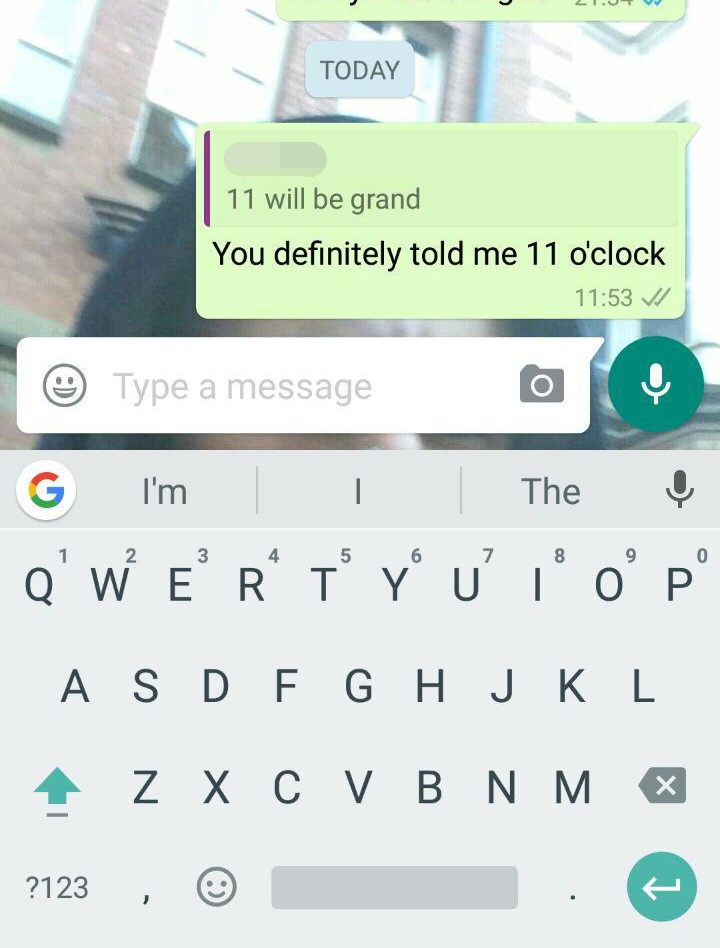 Hold down on the person's original message, and then hit the left arrow on Android or the 'reply' button on iOS to quote their message.

popular
One of the best action movies of recent years is finally available to watch at home
The JOE Movie Quiz: Week 138
QUIZ: Give this General Knowledge Quiz a whirl
QUIZ: See if you can ace this General Knowledge Quiz
The JOE Friday Pub Quiz: Week 278
QUIZ: Can you name every Batman actor in three minutes?
Jim Carrey's greatest performance is among the movies on TV tonight
You may also like
3 months ago
Bride asks guests to pay per slice of cake eaten at wedding
3 months ago
Panic is over: Instagram, WhatsApp and Facebook are back after major outage
8 months ago
WhatsApp to punish users unless they agree to new privacy changes in coming weeks
9 months ago
Beware of the very clever WhatsApp hack that is locking Irish users out of their accounts
1 year ago
WhatsApp is introducing messages which disappear
7 months ago
Virgin Media to deliver "free superfast" public Wi-Fi in over 30 Dublin locations
Next Page