Everything we've managed to rustle up so far on Red Dead Redemption 2.

By modern standards, we've been living off scraps in terms of information on the game. Rockstar doesn't really go big at games conventions, so trailers and gameplay videos have been few and far between.

The latest video released by the game developer did give us a bit more insight into what we can expect.

Once upon a time in the west

END_OF_DOCUMENT_TOKEN_TO_BE_REPLACED

The storyline trailer looks incredible, and it's probably the part of the game we've been given the most info on. It's set to be ridiculously long as well, so don't worry about not getting your money's worth.

Taking place 12 years before Red Dead Redemption and will involve a lot of the same characters, but you won't have to have played the first game, as the prequel will be telling its own unique story.

You'll be playing as Arthur Morgan, a member of the notorious Van der Linde gang, a colourful band of renegades. As the gang's crimes get their faces planted on "wanted" posters all over, law enforcement will be chasing them to no end.

Arthur will be the right-hand man of the gang's leader, Dutch Van der Linde. One of the main antagonists in Red Dead Redemption, Dutch is every bit as ruthless as he is intelligent and charming. Unlike when we last saw him failing to rekindle days gone by, we'll now get to see him leading a group of dangerous outlaws at the peak of their powers.

END_OF_DOCUMENT_TOKEN_TO_BE_REPLACED

The gang became Arthur's adopted family after he was taken under Dutch's wing as a young boy. While he would do anything to protect them, it seems Arthur is beginning to see the cracks in the gang's way of life, as well as their leadership.

As John Marston did in Red Dead Redemption, Arthur Morgan will likely have to wrestle with a bloody past. In the dying days of the Wild West, it won't exactly be easy to change.

Just going to point out the fact that the game's download size is reportedly set to be around 105GB. That's around 21% of the storage size of an original-model PS4...

Like everything else in Red Dead Redemption 2, the map is going to be huge. While the map will likely feel larger than GTA, the fact that you'll be travelling on horseback will likely make it feel larger.

The level of detail they are putting into that map is nothing short of incredible. There will be around 200 species of wildlife roaming the wilds, and they'll behave differently as the seasons change.

For example, a bear will be much more aggressive during the winter when food is scarce. Plus, IGN revealed recently that your horse's testicles will shrink in the cold weather. With such a big map and storyline, there aren't many other things shrinking in this game.

Any horses you pick up can be customised with different accessories (nitrous boost unconfirmed). Fail to keep your trusty steed in good shape, and you'll start to notice a drop in their speed/stamina.

You can head out hunting for animal meat and skins, but it'll be a lot more life-like than ever before. Meat decay over time, and the kind of terrain you travel across will affect the quality of its fur.

Not only will you get to choose your favourite cowboy hat, you'll also need to keep Arthur fed and warm. Just like his mammy told him he'll need a warm jacket and a good dinner to get through his day. Overdo it on the food, and he'll put on weight. 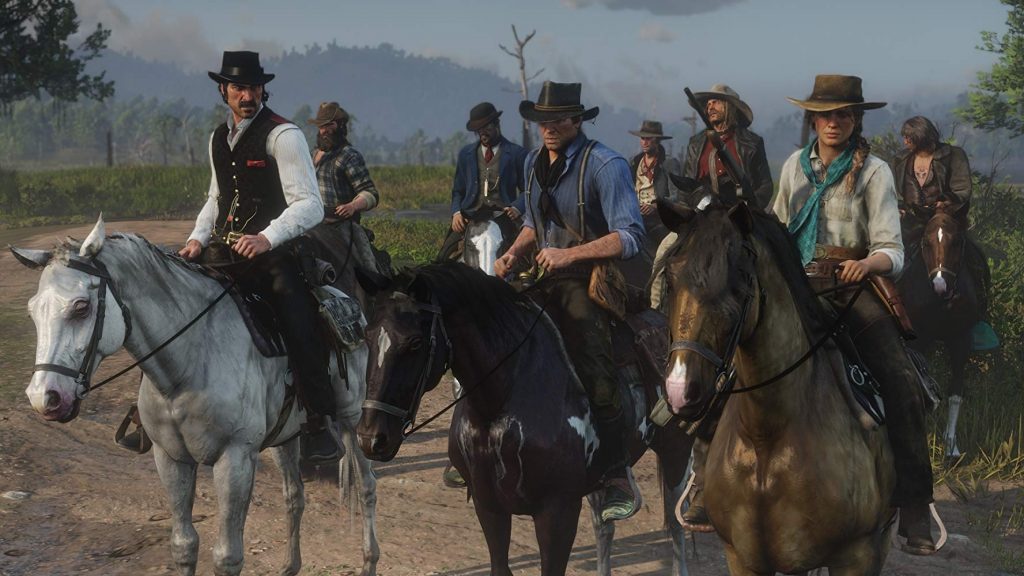 Red Dead Redemption 2 will be released in Ireland on Friday 26 October on PlayStation 4 and Xbox One. It'll cost around €65-€70, but for a few dollars more (you'd better believe that pun was intentional) you could get a Special/ Ultimate edition. There is a Collector's box as well with a tonne of extra loot.

Online multiplayer won't be available at first, with Rockstar saying Red Dead Online will kick off from November of this year. Rockstar will likely be hoping to emulate GTA Online's unprecedented success and longevity, but we don't know too much beyond that.

After the early bugs and issues are ironed out, you can expect regular upgrades and additions exclusive to online. You can likely also expect things to be turning like a well-polished wagon wheel by early next year.

If the last game (and anything else developed by Rockstar) was anything to go by, this will be one of the biggest releases of the past few years. As long as it lives up to its predecessor, we're in for something special.

Expect a much slower pace than GTA in terms of gameplay and storyline. That isn't a bad thing, as some of the game's best moments will likely be when you're just out roaming the wilderness.

All I want is a moment as unforgettable as when John crossed the Mexican border in the previous game. Just as you stare into the vast empty Mexican wilderness, Jose Gonzales's mournful voice begins to sing Far Away. Perfection.

popular
Simon Cowell concerns fans with appearance as they 'don't recognise him'
The JOE Friday Pub Quiz: Week 323
Miss Croatia wears revealing outfit at World Cup game despite Qatar's dress code
Netflix has just added 30 big movies to its library
Orange is the New Black actor Brad William Henke dead aged 56
Bad Sisters stars snap back at New York Times article that called them British actors
Temperatures set to drop to freezing this weekend as Christmas predictions emerge
You may also like
21 hours ago
The free subscription games coming to PlayStation and Xbox in December
1 week ago
Sony reportedly reveals when the PlayStation 6 might arrive in stores
2 weeks ago
Rockstar Games reportedly rejected the perfect director for a Grand Theft Auto movie
2 weeks ago
WATCH: New game I Am Jesus Christ is here and... eh... yeah...
2 weeks ago
The six finalists for Game Of The Year have been revealed
2 weeks ago
God Of War Ragnarok creators discuss the game's biggest surprise
Next Page