With the odds stacked against him like you wouldn't believe, you take on the role of the Caped Crusader in order to survive the dark night

Recently JOE got our hands on the latest installment in the Batman: Arkham franchise, which we had been looking forward to for a very long time, and it won't disappoint if you liked the other two games. The game looks and feels much the same as the previous two titles, and uses the same interface of combo-based fights that we loved from the originals.

However, this game focuses perhaps a bit more on Batman the character and how he learns the skills that he has in the later games. While Arkham City was great fun, it always felt that if you did die there was no real consequence since the bad guys fight each other anyway, but with them all teaming up against Batman there is a sense, when it comes to the storyline anyway, that you're in this one up to your neck.

END_OF_DOCUMENT_TOKEN_TO_BE_REPLACED

That's also reflected in the cut scenes and gameplay where from time to time, the Dark Knight will admit that he got that one wrong or made a mistake there, and, at least in our opinion, it seems to be easier to get hit in the middle of a combo or when fighting. It's not a big change, but it does mean that you need to up your game a bit more. In the previous games, once you'd started a move you were pretty much immune to getting hit again, but that's changed this time around, where you can be interrupted mid-spinning kick to get a box in the head.

There is also one different type of villain that you need to react to who is a martial artist, and the way in which Batman solves crimes is a bit different too. There seems to be a bit more concentration on that part of it, and that is definitely a place where this game strikes us as being different to the previous ones. Of course, that ties in to Batman learning his trade, but there are now new and different achievements for doing good quality detective work that will earn you XP. 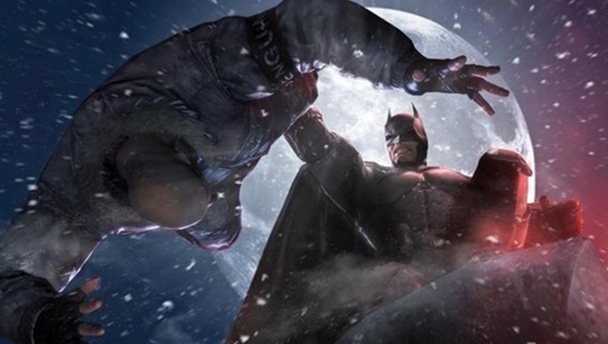 END_OF_DOCUMENT_TOKEN_TO_BE_REPLACED

As usual, there are plenty of side missions for you to take on, and with the map being much bigger and you being able to roam around a good bit, it should take that little bit of extra time and effort to get the game fully completed with the usual Riddler puzzles, extra crimes and so on. That extra space to move is nice, and the fact that there are plenty of bosses to negotiate is also a challenge.

At times, however, the game can feel a little bit formulaic. Boss battle, punch a few lads, wrap everything up in a nice little bow. We would like a bit more depth to that, and while the combo system is fun, it can wear a little bit thin. The addition of bad guys with guns and needing to do a few bits of stealth is good, as usual, and requires a bit of planning here and there, but again that can be a little simplistic as you just need to sneak up behind them and do a silent takedown. If we had one criticism, we'd like to see a bit more variety in those areas, and the need to be a bit more strategic about your upgrades. By the end of the game you'll have them all, so it just seems that there's no real need to think about what you'll need next. 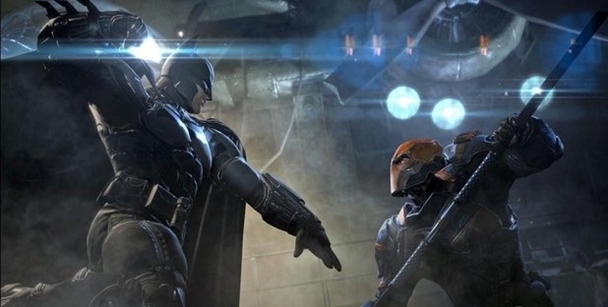 This game feels like a step towards what we're really hoping for in the future, which is an open-world and much more cinematic GTA-style Batman game, giving you access to the Batmobile and Batwing and all sorts, but for now, this will most certainly do the trick. You do get to go around the Batcave, and Gotham is a big huge place that you can move around but we feel like they haven't really put that to full use. There's a great storyline here, between the assassins and the origin story, so it was a little bit disappointing that they didn't innovate a small bit more on the actual mechanics of the game.

END_OF_DOCUMENT_TOKEN_TO_BE_REPLACED

We should admit that this particular JOE is a big Batman fan, so we were always going to like this, but it does feel that it might not click with everyone in the same way Asylum and City did, as it seems to be doing the same thing again just in a bigger setting. We were perhaps hoping for a more mature game, but with this being a story about a more inexperienced Batman, then perhaps it fits that the game hasn't developed too much from its predecessors.

That's not to say this isn't enjoyable or not worth your time, but with rumours that there is another Arkham game in development too, we wait to see if this new character-driven story and open world setting can really be put to good use on the next-gen.

Also, just because we're feeling a bit generous today, here are a few videos that will give you a quick walkthrough on where the Enigma data packs are, the way to hack all the Comm Towers, and where to find the Anarchy tags, which are some of the side missions that can take a bit of time. If you don't want spoilers or you want to try to do these without help, then don't look at the videos.