With an ambitious art style and nods to gaming classics, Superbrothers: Sword & Sworcery EP is a stunning iPad app that belies it's slightly ludicrous title.

The majority of games want you to do nothing more than shoot unfortunate space beasties in the face as you fill out the familiar boots of the grizzled space marine. Gaming has been this way from the beginning but there are a few games that attempt to be more than just a mindless entertainment and push the medium towards something resembling art. 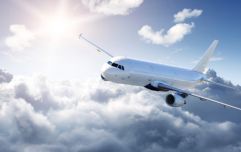 END_OF_DOCUMENT_TOKEN_TO_BE_REPLACED

Some of the best examples of this can be found on the PS2, with games such as Ico and Shadow of the Colossus fondly remembered for their striking art styles and their focus on creating moods and emotions rather than bombastic combat.

Superbrothers: Sword and Sworcery EP for the iPad is another example of this and once you get past its silly title screen you will discover a game that is not only uniquely suited to the iPad but also makes a good a case as any for videogames as art.

The game is a love letter to two very different gaming landmarks; the point and click adventures of the early 90s and the Legend of Zelda series of action RPGs from Nintendo, with the game lifting elements wholesale from the latter as it litters its environments with familiar iconography. 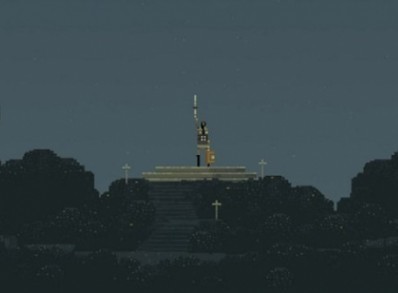 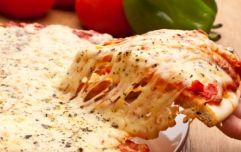 END_OF_DOCUMENT_TOKEN_TO_BE_REPLACED

The art style is both simple and astonishingly beautiful, with its pixel art style at first seeming crude, but as soon as you zoom out the game takes on a distinctive look all of its own and slowly but surely it draws you into its strange little world.

Gameplay is basic enough and you just tap the screen to send your little warrior to a location and double tap to interact with the environment. With each interaction and movement between screens, the ethereal music provided by Canadian musician Jim Guthrie is modulated and expanded to the point where the music could easily be the reason for the game’s existence. This sounds a little bit pretentious but it really does grab a hold of you in a way that is quite unexpected. 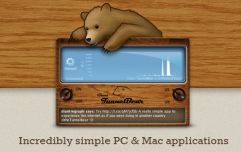 App of the Week: Tunnel Bear

END_OF_DOCUMENT_TOKEN_TO_BE_REPLACED

Superbrothers does have a story and at first it seems like a threadbare tale of a god (you) who takes control of a warrior to recover the fabled Megatome; a mystical book that holds the key to defeating an inky darkness that threatens the world. This description could be just about any gaming adventure since the birth of videogames but the game seems to know this and every description and story movement is provided with a sardonic tone and in some cases the game openly mocks its own story.

Again, this does sounds like the makers have disappeared up their own backsides but it’s all laid out in a way that you could just enjoy the movement through the world without any story at all as you take in the environments and music. If you do this you will be missing out because the knowing approach to story gently skewers game clichés and conventions at every turn and game savvy players will delight in uncovering ever more pointed references to gaming classics; all of which can be tweeted as they are just 140 characters long.

The meat of the gameplay is exploration and with uncomplicated puzzling to be done along the way. Puzzles in RPGs are usually head-scratching barriers to progression but in Superbrothers they form another interaction with the game's amazing soundscape, with most solutions reliant on musical sequences. There is a touch of combat but it’s more perfunctory than the rest of the game and consists of nothing more that swinging a sword and blocking at the right time.

Take any one of these element and the game just doesn’t hold up but as a whole they add up to one of the most involving and beautiful games we have ever played and is a testament to what is achievable on a mobile platform. Superbrothers is brave, cynical, pretentious, thrilling, and funny and we loved every minute of it.

Superbrothers: Sword & Sworcery EP is available for €3.99 on the Apple App Store and a version for the iPhone is promised in the coming months.

popular
One of Liam Neeson's best ever performances is among the movies on TV tonight
Eurovision producers reveal "irregular voting patterns" during Saturday night's final
Doctor Strange actress Zara Phythian receives 8 years for child sexual abuse
Netflix has just added 11 big movies to its library
The 50 most iconic songs of all time* have been revealed
The six Eurovision countries with "irregular voting patterns" have been revealed
QUIZ: Try out one of our trickiest General Knowledge Quizzes yet
You may also like
7 years ago
Now here's an Irish social app with a difference… Introducing BetYou
8 years ago
App of the Week: Ever felt like you've wanted to own your own hipster start-up?
8 years ago
Getting your Leaving results? Then this points totalling app is for you
8 years ago
App of the Week: Soundwave
8 years ago
App of the week: The Great Rocky Mountain Game
10 years ago
Will the Zeo headband and iPhone app give you sleepless nights?
Next Page