Tech Corner: A portable printer for your smartphone

Be sure to check out last week's piece.

It’s our second edition of Tech Corner and all I have to say is; Welcome to the party, pal.

I’m not exactly sure why, but mobile printing hasn’t really taken off yet. Some might argue that the mere presence of smartphones has eliminated the need for printed photos but call me old fashioned or sentimental, I think there's certainly still a place for them. 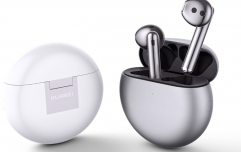 END_OF_DOCUMENT_TOKEN_TO_BE_REPLACED

Unlike a traditional desktop printer, portable photo printers are compact, require very little setup, are easy to use (which from experience, the majority of desktop printers are not) and it makes it possible to print out physical copies of photos taken with your smartphone, anywhere you go.

Admittedly, the new way does detract a little from the 'retro cool' option of using an instant camera but for the trade off for quality and the ability to choose the photo you want is a huge plus for many.

So this week, I had my eye on the Canon Selphy Square QX10, which is essentially a nifty little printer for your smartphone photos.

Think of it as you would those mini polaroid/instax cameras you see nowadays except you can actually scroll through your camera roll and decide on a good photo rather than leaving it to chance.

The prints are each produced in 43 seconds, I could go through the science of how it does it, but it's easier just to say that a wizard lives in the box and creates the photos.

In all seriousness, it utilises dye sublimation, which uses heat to transfer ink to the photo paper with sheet of photo paper passing through the printer four times to layer the print until the final product is revealed.

The QX10 is small enough to squeeze into your back pocket and durable enough not to worry about banging it around a bit. 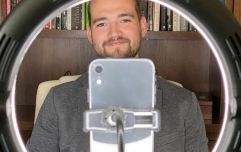 Tech Corner: My Zoom calls have never looked so good

END_OF_DOCUMENT_TOKEN_TO_BE_REPLACED

The quality of the photos is excellent, although it depends on how good your smartphone camera is, but then again, they're all pretty good in the year 2021.

It's powered by a rechargeable battery and is controlled via Wi-Fi through Canon's Selphy Photo Layout app, which has had some useful updates since its initial launch.

I'm someone who takes a lot of photos, hoards them all, and then only looks back through them in an airport (in normal times, f**k you Covid) when I've no Wi-Fi and I'm trying to kill an hour before a connecting flight. It was a nice little novelty to be able to bring some of those forgotten photos to life again and pin them around my home office.

The QX10 retails for €159.99 on the Canon website but there's often some good deals going at retailers which are worth keeping an eye out for. Meanwhile it should also be noted that refill packs (of 20) for the prints cost €13.99.