Twenty live sharks are currently keeping an eye, and a few rows of teeth, on the first Xbox One that is set to be sold to the public on November 22.

Seeing as New Zealand is nice and close to the International Date Line, they will have the pleasure of selling the very first Xbox One to a lucky member of the public at 12.01 am on November 22.

So to make sure that nothing bad happens to the Xbox One in question, the guys from Microsoft New Zealand decided to drop the console into a shark tank at Kelly Tarlton's SEA LIFE Aquarium in Auckland. 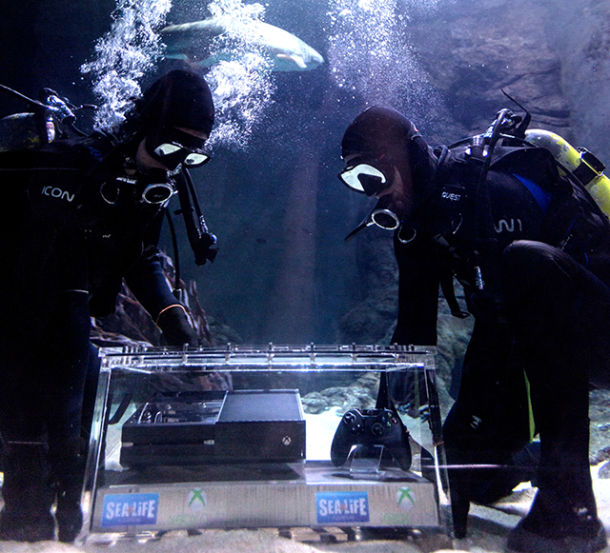 END_OF_DOCUMENT_TOKEN_TO_BE_REPLACED

The shark guarded Xbox One will be fished out in time for the official launch next week and while it’s certainly an interesting stunt, you could argue that Microsoft are jumping the shark on this one...

We're just disappointed they didn't have lasers strapped to their heads. 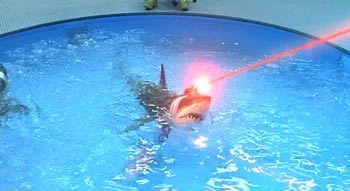 The Big Reviewski || JOE · The Big Reviewski with Y: The Last Man, that Malignant ending & a secret streaming service
popular
The JOE Friday Pub Quiz: Week 261
One of the best war films ever made is among the movies on TV tonight
The five "best places to live" in Ireland have been revealed
One of the better Liam Neeson action romps is among the movies on TV tonight
Daniel Craig says goodbye to James Bond in emotional farewell speech
QUIZ: Flex your brain definition with this general knowledge quiz
The 50 most iconic songs of all time* have been revealed
You may also like
3 days ago
Deathloop review: The lovechild of BioShock and Dishonored
1 week ago
10 of the most exciting reveals from the PlayStation Showcase event
1 month ago
These are the free subscription games coming to PlayStation and Xbox in August
1 month ago
Pro Evolution Soccer has been killed off after 26 years
2 months ago
Netflix to start offering video games as part of service
2 months ago
FIFA 22 unveils biggest Career Mode update in years with 'Create A Club'
Next Page