Many of the app's users should be very happy with this addition.

In this day and age, with dating and sex and relationships just a swipe away, it can be difficult to know which app is most suitable for whatever your personal wants and needs might be.

Regardless of the end goal, messaging a total stranger can be a bit of mine-field, trying to construct the perfect opening line to get attention from the profile you're attracted to, in order to stand out from the crowd of single folk out there who are also competing for attention. 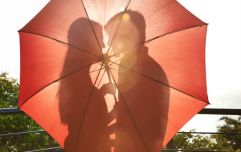 END_OF_DOCUMENT_TOKEN_TO_BE_REPLACED

Plus, if there is someone who has been messaging you and doesn't take a friendly "No" or, more often than not, a non-reply as fair notice of lack of interest and continues to message regardless, then you have to break out the old block button.

This is something that has helped dating app Bumble in getting more female users, as they have a "female-first" option, which means that if you match with someone on there, it is up the ladies to begin a conversation.

Aware that this is something that some of Tinder's user may also want, Mandy Ginsberg, the chief executive of Match Group Inc, the company that owns the dating app, announced on Market Watch that the "female-first" option was something that would soon be available to Tinder users:

"Often, women don't really want the pressure of kicking off the conversation, but if they want it, that's great. Giving people the choice versus telling people how to engage is the big difference. We have to constantly listen to what women want and address their needs, not just on Tinder but on all products."

popular
QUIZ: A perfect score is highly unlikely in this tough General Knowledge Quiz
QUIZ: Can you get top marks in this progressively harder capital cities quiz?
The JOE Friday Pub Quiz: Week 296
Lidl to launch its second 'reverse vending machine' in Ireland next week
One of the tensest sci-fi thrillers of recent years is among the movies on TV tonight
Aer Lingus warns customers flying on Friday afternoon to check in at the airport
Lidl announce a massive warehouse sale for one weekend only
You may also like
5 days ago
People with many sexual partners need to watch out for monkeypox, says chief UK doctor
3 weeks ago
Gogglebox sparks Ofcom complaints over X-rated scene between woman and a duck
7 months ago
Eternals will feature the Marvel Cinematic Universe's first sex scene
7 months ago
People born in April are officially the sexiest, study finds
7 months ago
'My mother and I share my husband – it brings us closer together' says viral TikToker
1 year ago
40% of 17-year-olds have not discussed sex with their parents
Next Page