Users are complaining about a feature on the new iPhone camera

Everyone knows that a person's Instagram is not representative of real life. People can use clever filters and timing to distort reality but it's effective in convincing a lot onlookers that they're living a perfect life.

It's no wonder that Instagram is consistently regarded as the app most detrimental to a person's mental health.

END_OF_DOCUMENT_TOKEN_TO_BE_REPLACED

But it seems that the camera on the iPhone XS camera is adapting a similar technique by automatically fixing your photos for you with aggressive skin-smoothing.

In online forums, Apple has been accused of using a skin-smoothing feature or a "beauty filter" for prettier selfies from the front-facing camera.

One user on Reddit pointed out the difference in the two photos, one from last year's iPhone X and the other from the new iPhone XS. 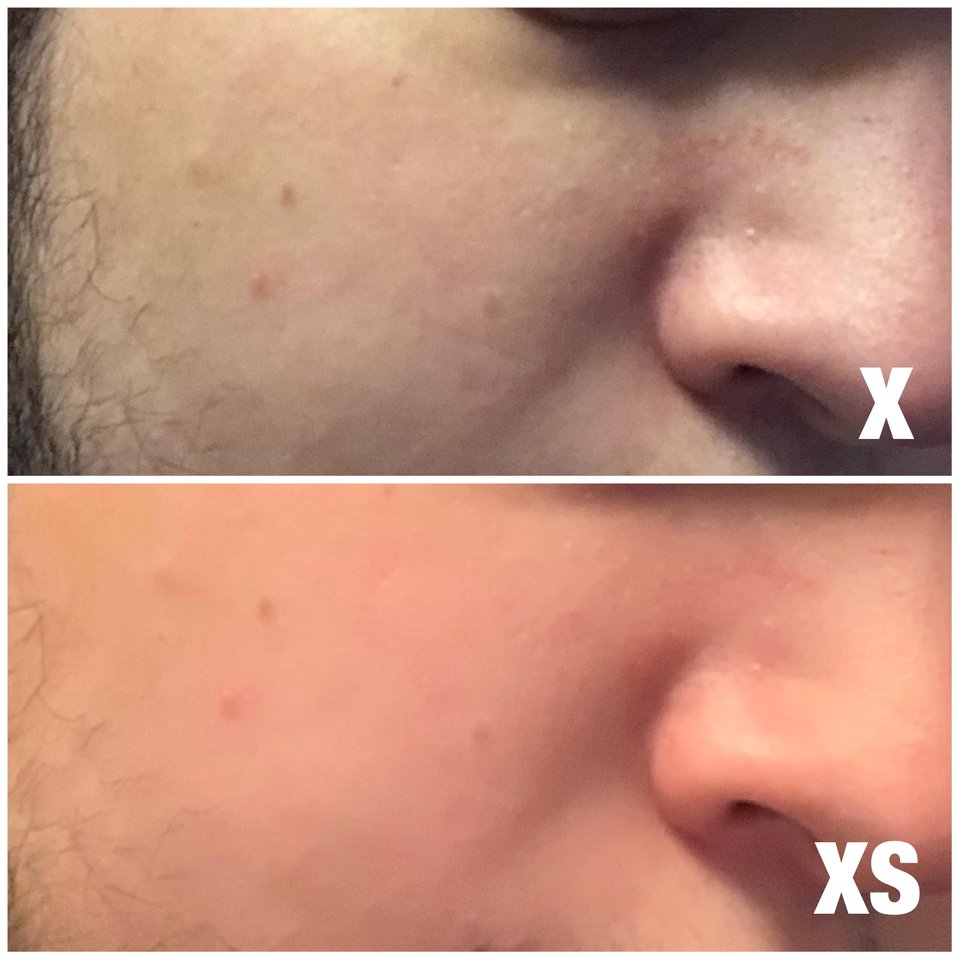 When taking a selfie in a situation where lighting is poor, the iPhone XS appears to be applying a drastic smoothing effect that hide blemishes from peoples' appearances.

When outdoors the feature is less apparent.

But, it doesn't seem like there's any easy way to turn the feature off, which is one of the more worrying aspects of the feature.

END_OF_DOCUMENT_TOKEN_TO_BE_REPLACED

In the new XS, Apple introduced a new Smart HDR feature and combined with a system change, Apple has tweaked how it captures photos. Although we're unsure how they're doing it, we assume it's to do with the new A12 chip and next-generation Neural Engine aiding the Smart HDR feature.

Turning off the HDR doesn't eliminate the smoothing and there's no camera settings that can be tweaked which stop the feature, but David Pierini, from website Cult of Mac, believes it could be the result of excessive noise reduction.

"Noise reduction tools remove those rogue pixels, but the results often leave a smooth or slightly softer finish to a photo," he said.

If the changes are being caused by unintentional excessive noise reduction, users won't be able to change it, but rather it will have to be changed by Apple in a software update.

Other smartphones like the Huawei P20 Pro and the OnePlus 6 all offer skin-smoothing and filters on their cameras but are adjustable and can easily be turned off.

popular
One of Keanu Reeves' best movies has just been added to Netflix
QUIZ: Can you get full marks in this General Knowledge Quiz?
Just in time for Christmas, all eight Harry Potter movies are now available to stream at home
The 50 most iconic songs of all time* have been revealed
The JOE Friday Pub Quiz: Week 272
QUIZ: Can you get 20/20 in this desperately tricky capital cities quiz?
House of Gucci has the best sex scene from a big Hollywood movie in years
You may also like
1 week ago
Time for an upgrade? Here's how you can get up to 50% off your next iPhone
2 weeks ago
COMPETITION: WIN a €300 voucher to go towards your next iPhone
2 months ago
Apple unveils full iPhone 13 range details, release date and prices
9 months ago
Apple to unveil 217 new emojis, including gender neutral faces
1 year ago
Apple forced to pay €95 million after admitting they slowed down old iPhones
6 months ago
Tech Corner: A budget friendly fitness tracker
Next Page