Video: The best trailers from the VGX video game awards, including Tomb Raider and Game of Thrones

'Scooping' is a word that's reserved almost exclusively for awards these days, as it seems simply winning it is no longer good enough, but that's exactly what GTA V did this weekend as it scooped up the award for best game at the Spike VGX video game awards. 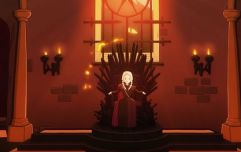 WATCH: The new Game of Thrones mobile game invites you to rule the Seven Kingdoms

END_OF_DOCUMENT_TOKEN_TO_BE_REPLACED

The blockbuster title from Rockstar also was given the best soundtrack award, but other winners on the night included Assassin's Creed IV: Black Flag which won the 'Best Action/Adventure' category and The Last of Us which won in the 'Best PlayStation Game' category, as well as for the talents of voice actors Troy Baker and Ashley Johnson playing Joel and Ellie respectively.

There were also plenty of trailers launched at the event, with the eyes and ears and arthritic fingers of the gaming world all pointed in one direction, and one which caught our attention in particular was The Division (video above), which showcased the new Snowdrop engine and what it can do. This looks very good indeed.

There was also a look at the rebooted Tomb Raider which has been rebooted again for the next-gen, with the developers claiming that they've given this version a total re-working. 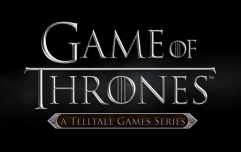 Video: Stay calm, but the new trailer for the Game of Thrones video game is here

END_OF_DOCUMENT_TOKEN_TO_BE_REPLACED

No Man's Sky grabbed plenty of attention on the night with it's innovative take on exploration, with The Guardian reporting that the website of developers Hello Games actually crashed due to the amount of people logging on.

Finally, for all the Game of Thrones fans out there, the trailer for the upcoming game also got a bit of a run out, but we imagine that any of you out there who find yourselves located in the intersection of the circles on the Venn diagram of 'gamers' and and 'Game of Thrones fans' won't need much convincing to buy this one.

popular
Family of Ashling Murphy share heartbreaking tribute at Fleadh Cheoil
The JOE Friday Pub Quiz: Week 306
The JOE Movie Quiz: Week 166
QUIZ: Can you score 12/15 in this difficult General Knowledge Quiz?
QUIZ: Test your skills to the limit with this General Knowledge Quiz
One of the best Irish films of recent years is among the movies on TV tonight
The JOE Music Quiz: Week 116
You may also like
4 weeks ago
George R.R. Martin gives interesting update on his next Game of Thrones book
1 month ago
Game of Thrones sequel series in development, focusing on Jon Snow
4 months ago
Netflix's answer to Game of Thrones has a very strong Irish connection
6 months ago
Ireland's new Game Of Thrones studio tour: A fitting monument to a staggering success story
8 months ago
Game of Thrones Studio Tour will open in Ireland in February 2022
8 months ago
"It has a Beauty & The Beast aspect" - Kristofer Hivju on his role in The Witcher Season 2
Next Page