Video: The first person to get his hands on an iPhone 6 in Perth immediately dropped it on live television

Such has been the hype and the hoopla over the iPhone 6 that we imagine that those lucky enough to get their hands on one of the first models will be practically wrapping it in cotton wool for weeks and months afterwards fear that it might pick up even the tiniest of scratches.

The first person to get a hold of Apple’s new toy in Perth, however, had it in his hands for about 10 seconds before dropping it. In front of loads of people. On live television. Ouch. 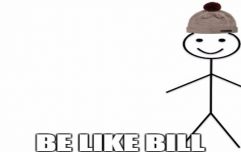 PIC: Australian police have done everyone who’s sick of those ‘Be like Bill’ memes a huge favour

END_OF_DOCUMENT_TOKEN_TO_BE_REPLACED

Thankfully for the man known only as Jack – who appeared so excited he could barely stop his hands from shaking – the phone still seemed to be intact when he picked it up and instead of his worst nightmare manifesting itself, he now only has to suffer mild embarrassment in front of a worldwide audience as everyone gets wind of a clip that is likely to go super viral over the next couple of days.

popular
Here is a list of every Bank Holiday in Ireland in 2023
QUIZ: Guess the movie from the movie poster
Nicola Bulley's phone found by the river 'could be a decoy', diving expert suggests
Woman dies from hypothermia after telling doctor she 'couldn't afford heating'
5 years ago, Hollywood took a massive gamble on a huge sequel... and lost big time
One of the best crime thrillers ever is among the movies on TV tonight
The Last Of Us Episode Five will premiere days earlier in Ireland and UK
You may also like
12 hours ago
Teenager killed in shark attack after swimming with dolphins in Australia
3 weeks ago
Man in intimate relationship with $3,000 doll says his partner doesn't understand
1 month ago
British newlyweds die in helicopter crash on holiday in Australia
1 month ago
Six dead including two young police officers in violent Australian siege
2 months ago
World Cup 2022: All the major action and talking points from Day Three
3 months ago
Man returns to his car to find a sofa had fallen from the sky and crushed it
Next Page