No, it's not a letter of resignation...

Obviously inspired by the Dublin singer's recent open letter to Billy Ray Cyrus Jnr, Moyes has penned a letter of his own, stating that he is "desperate to compensate" for such a poor season and praised the Red Devil fans for continuing to support him and the team through their difficult first season.

Check out the letter in full below and let us know what you make of it Man United fans. Is anyone going to be Moyes' pen pal and write a letter back? Just make sure you address it correctly of course...

Manchester (the quiet half) 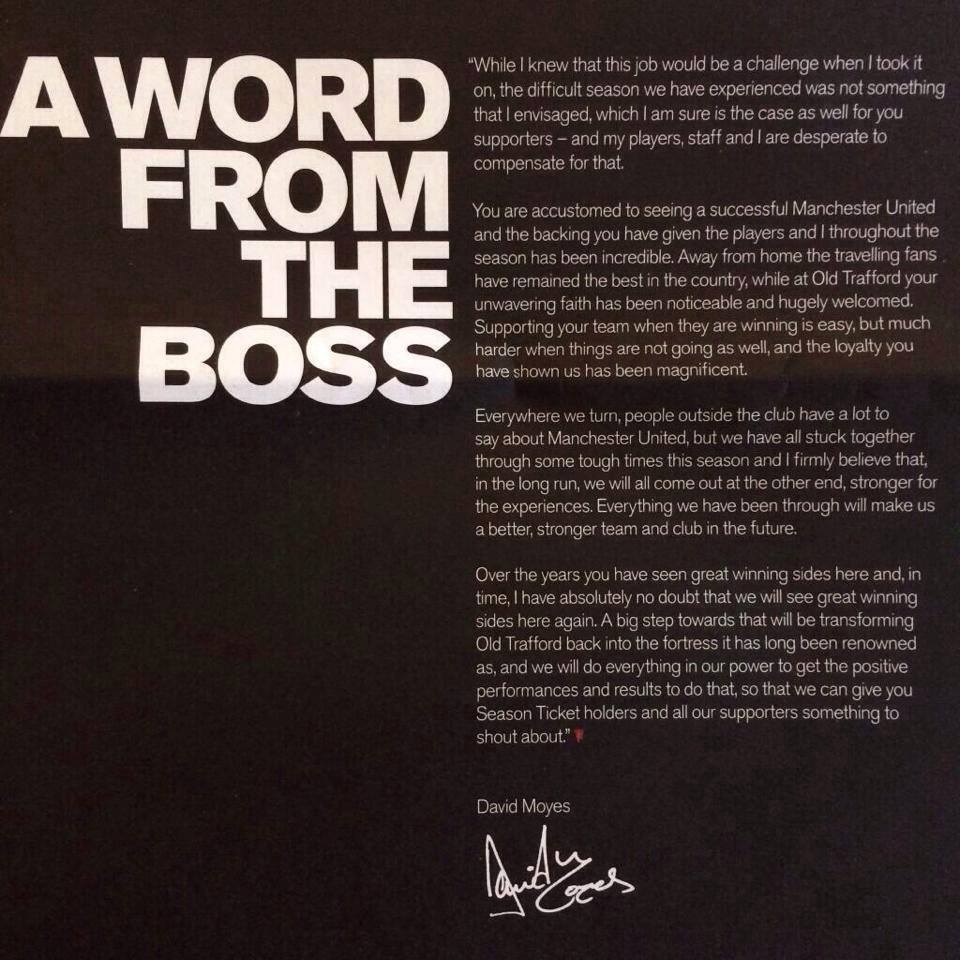 Hat-tip to 101 Great Goals for the image.

popular
The JOE Friday Pub Quiz: Week 324
The "eighth best movie ever made" is among the movies on TV tonight
Irish woman selected for first civilian mission around the Moon
New country-wide weather warnings issued as temperatures set to drop to -6 this weekend
Jennifer Lawrence sparks controversy by saying she was the first woman to lead an action movie
The start of the superhero takeover of Hollywood is among the movies on TV tonight
Mia Khalifa claims seaside town is better than Miami
You may also like
6 months ago
BBC trainee accidentally posts message mocking Man United live on TV
1 year ago
COMPETITION: WIN a copy of Eric Cantona's new Manchester United documentary, The United Way, on DVD
1 year ago
Manchester United documentary written by Eric Cantona available to watch at home in Ireland this May
2 years ago
Marcus Rashford launches book club to help kids experience 'escapism' of reading
2 years ago
Paul Pogba releases powerful statement in response to 'fake news' from The Sun
2 years ago
The JOE Pub Quiz: Week 214
Next Page