It’s been a whole month since the last episode of Breaking Bad aired on TV and judging by Aaron Paul’s Twitter account, he’s really missing a certain someone…

It’s hard to believe that it has been a whole month since we last watched new Breaking Bad and while we’re sure some of you have started watching it from the start, TV just hasn't been the same without Walt and Jesse every week.

We’re not the only one’s missing Walter White, as Aaron Paul, who plays played Jesse Pinkman in the show, recently tweeted out the following picture that features a very different ‘pink man’ with a very special pink bear. 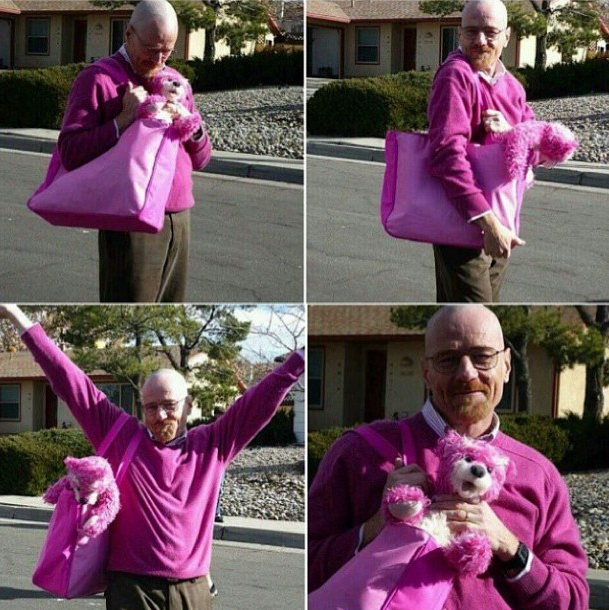 Accompanying the pic is the line, “I miss this man” and we’re sure Aaron isn’t the only one feeling that way.

I miss this man http://t.co/bx2DVz5cpz

Oh well… At least we can watch the re-runs on Netflix.

popular
We just got the first trailer for a movie not out until 2024
Kirstie Alley: Cheers star dies aged 71
Amazon Prime Video has just added 38 very big movies to its library
The Banshees Of Inisherin is arriving on Disney+ sooner than you might expect
5 must-watch shows and movies streaming on NOW in December
Mia Khalifa claims seaside town is better than Miami
Woman hit by rollercoaster is trapped in own body after finally awaking from coma
You may also like
2 weeks ago
Kanye West returns to Twitter after ban over anti-Semitic comments
2 weeks ago
Donald Trump Twitter ban lifted thanks to a very stupid reason
2 weeks ago
Elon Musk forced to make dramatic U-turn on 'hardcore' ultimatum as hundreds of Twitter staff quit
1 month ago
3,700 Twitter employees have been fired via email following Elon Musk's takeover
1 month ago
Kanye West says he won't speak, drink, have sex or watch porn for 30 days
1 month ago
Amber Heard deletes Twitter account after Elon Musk takes over
Next Page