Are you serious? 10 of the worst sporting excuses of all time

A few days ago, JOE brought you the news that made every football fan in the world collectively roll their eyes towards the heavens. Luis Suarez' excuse was so bad that it probably made some politicians cringe. On that note, we have decided to take a look at some of the worst excuses in the sporting world.

We know how to look after a guy. YaYa a lovely guy. No encouragement for Ciry tho. He wouldn't say he's staying. pic.twitter.com/8fdbY1HHIL

Before New Zealand won the Webb Elllis trophy in 2011, it had been an incredible 24 years since they last lifted the biggest prize in international rugby.

Prior to this their best chance arrived in '95, when they faced the tournament hosts South Africa in the showpiece event. The All Blacks lost the final 15-12 as Springbok Joel Stransky made himself a national hero in extra-time.

It was something of a miracle that the All Blacks could even play at all, most of the squad suffered severe food poisoning just 48 hours before the match. Still to this day, many New Zealanders believe that the players' food had been tampered with by a mysterious South African waitress named Suzie. Remember guys, always tip!

Bizarrely, Tottenham had a similar issue when they claimed a dodgy lasagne cost them a place in the Champions League in 2006. The chef remains at large. 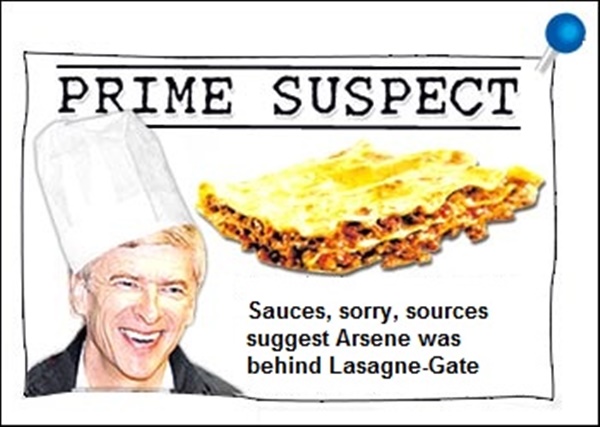 3) Man United and that grey kit.

You all know the story, but it's so crazy that it just has to be re-tolled.  United were 3-0 down at half-time to Southampton at the Dell, Fergie sent his players out for the second half wearing a changed blue and white change strip after he claimed that they couldn't see each other in their hardly-used grey kit. Maybe that's where Wenger got his catchphrase from?

Before he became the brick shit house that all Irish provinces shudder to see, Mathieu Bastareaud was once a foolish drunken young man just like the rest of us. JOE would never call him foolish to his face though.

When France toured New Zealand in 2009, the bulldozing centre claimed that he was attacked by a group of men while on a night out in Wellington. After further investigation, it was revelled that his injuries actually came from a drunken fall in his hotel. A broken eye socket, facial cuts, and severe bruising leads JOE to ask just one question... How much drink would it take to floor this man?

Back when David Haye was only a small annoyance to the world, his most famous bout against Wladimir Klitschko ended in a comprehensive defeat.

Rather than being a gracious loser, Haye blamed his poor performance on a broken toe and not the fact that he had the living hell beaten out of him by a better boxer.

Haye even went as far as parading 'the little piggy that went all the way home' to a room full of bemused journalists in the post-fight press conference. Mysteriously when asked about the injury, Haye was unable to pinpoint the exact moment of the broken metatarsal bone in his little toe. Stay classy, David. 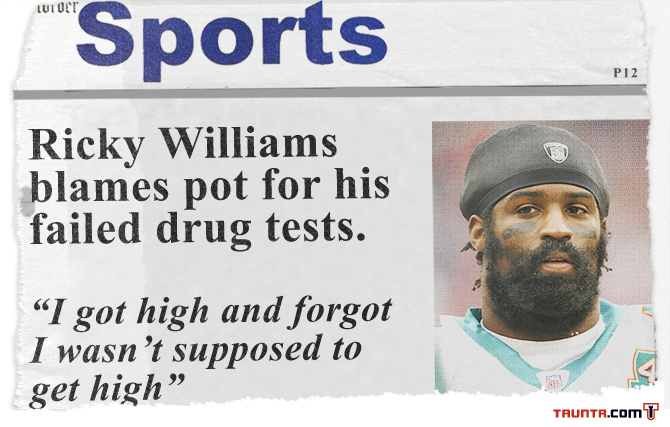 JOE are big fans of the incredibly gifted Rory McIlroy but sometimes we wonder what goes through his head. In a meltdown to rival his final round horror show at the 2011 Masters, the former world number one walked off the course during the '13 Honda Classic citing a sore wisdom tooth as the reason.

At the event, McIlroy was seven-over par after his first eight holes on the Friday, including a triple-bogey on the 16th. After his approach shot on the ninth hole found the water, he walked off the course.

To be honest, JOE does love McIlroy's unflinching honesty, especially after a poor round, but this one was hard to believe.

8) A streaker at the Masters.

During a best-of-19 Masters final in 1997, Ronnie O’Sullivan was leading 8-3 against Steve Davis when a streaker ran into the arena. 'The Rocket' would then go onto lose seven straight games and the match. Apparently Steve Davis complained that he was concentrating so hard that he only saw her back!

The Ukrainian football team blamed a 4-0 defeat to Spain at 2006 World Cup on frogs.

The Ukrainians were hopping mad after the little amphibians allegedly kept the players awake all night, croaking outside their bedroom windows. Valdislav Vashchuk said: "Because of the frogs' croaking we hardly got a wink of sleep," before saying that "we all agreed we would take some sticks and go and hunt them." Tough men I think we can all agree.

French tennis player Richard Gasquet once claimed that his positive cocaine test was from a woman that he kissed in a nightclub. This guy must have been with the same women then so. 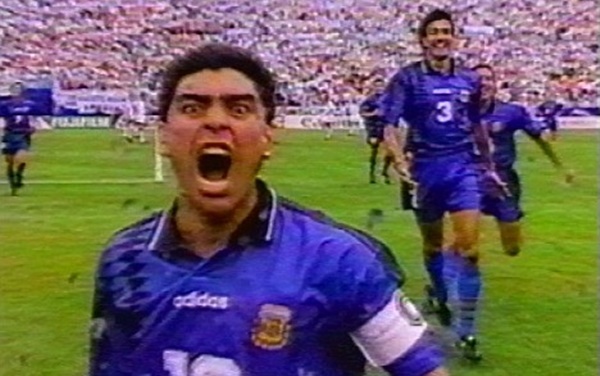 Who knows, maybe they are all telling the truth... cough, cough.

The Big Reviewski || JOE · TBR Spotlight: Loki - Episode Two - 'The Variant'
popular
The JOE Friday Pub Quiz: Week 248
Three men arrested after reportedly attacking staff of premises on South William Street
WHO plan calls for preventing women of "childbearing age" from drinking alcohol
One of the most tense thrillers of the last ten years is among the movies on TV tonight
Five great new movies added to your streaming services this weekend
The 50 most iconic songs of all time* have been revealed
Families advised not to travel abroad for holidays
You may also like
2 years ago
WATCH: Rory McIlroy is getting mixed reactions for this very self-assured celebration at the Ryder Cup
2 years ago
Insane scenes on the final hole as Tiger Woods wins his first tournament in five years
2 years ago
Golfer who was three shots away from winning The Open admits he was hungover playing the final round
3 years ago
Rory McIlroy calls for limit on alcohol sales at golf events after fan repeatedly yells his wife's name on course
3 years ago
Rory McIlroy to face off against Paris Hilton in The Grand Tour
4 years ago
PIC: Rory McIlroy shares lovely letter sent to him by Arnold Palmer after his first major win
Next Page