Burnley secure promotion to the Premier League, and their fans are pretty happy about it

After being tipped for relegation at the start of the season, you would have been hard pressed to find a Burnley fan who would have believed you if you'd told them that they would get one of the automatic promotion places this year. 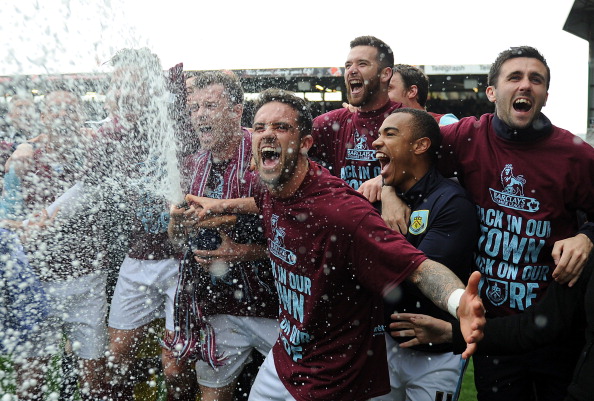 However, that is exactly what has happened under the stewardship of Sean Dyche this season, as his side sealed their place in the Premier League with a 2-0 win over Wigan today, and their fans were thrilled about it.

There is still plenty of work ahead for Burnley, and their manager Sean Dyche, who was very measured in his speech after the game, where he said that the work for next season has to being immediately. However, he did also add this at the end:

popular
QUIZ: Can you get top marks in this short but tricky Irish geography quiz?
Nearly 100 flights delayed at Dublin Airport on Monday
Family of Ashling Murphy share heartbreaking tribute at Fleadh Cheoil
The 50 most iconic songs of all time* have been revealed
The Resort is the new must-watch for fans of big murder mysteries
4-year-old girl killed in Sligo caravan park named as Alice Dunleavy
RTÉ tries to solve Michael Collins murder in new documentary
You may also like
1 year ago
Five football documentaries to watch to kill time before the new Premier League season
2 years ago
In an uncertain world, David Luiz provides the reassurance we all need
2 years ago
Arsenal manager Mikel Arteta tests positive for Covid-19
2 years ago
People of Cork, the Premier League roadshow is coming to town
2 years ago
They're making a cartoon show about Manchester City for some reason
2 years ago
The Coca-Cola Premier League roadshow is coming to Galway this weekend
Next Page