With two defeats in the last week, conceding six goals en route, the pressure is beginning to increase on Carlo Ancelotti to make sure that the title race doesn't slip from the grasp of Real Madrid, having been in such a promising position just six days ago.

Reluctant to admit that the past few days had undone the hard work of the season to date, Ancelotti was in a focused mood at the pre-match press conference ahead of tonight's game against Rayo Vallecano, where his side may face a test from their Madrid neighbours, who will arrive at the Bernabeu in a decent run of form.

The last two games might have taken the momentum away from Real, and as the Italian coach was happy to admit, they had made too many errors in the last few games: “We've conceded six in two games which means we've made some errors that we need to fix quickly. In other games or at another time, we wouldn't have been punished but with that quality of opposition, we were made to pay”. 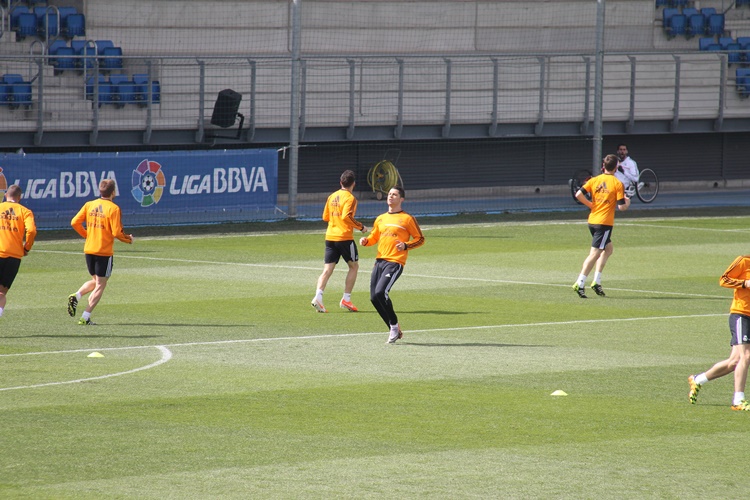 In a side full of galacticos, attention naturally turned to the big stars and their fitness. Marca had claimed that Ronaldo was suffering from persistent knee problems, and the issue of Alonso's stamina was raised, but Ancelotti was quick to say that rotation was not an option, even with a big Champions League game on the horizon: "there's no point in looking past this match. Xabi wasn't happy with his own performance [against Sevilla] but he is a very important player for us. If we see that a player needs a rest we will rest him. As for Bale, his physical condition is great at the moment, he doesn't need to improve too much".

“There were a few small positional errors in general in these last two games, but we can fix those and have been working on them. We need to react well after two bad results, and Rayo are a great example of how smaller teams try to play good football in La Liga, so they will always be a challenge, always intense.”

As always, the inescapable shadow of José Mourinho loomed over the conference, with the Portuguese doing his best to have a go at a Champions League rival (and his old club) stating that he was surprised they weren't higher in the table given how many points Barcelona were dropping this season. 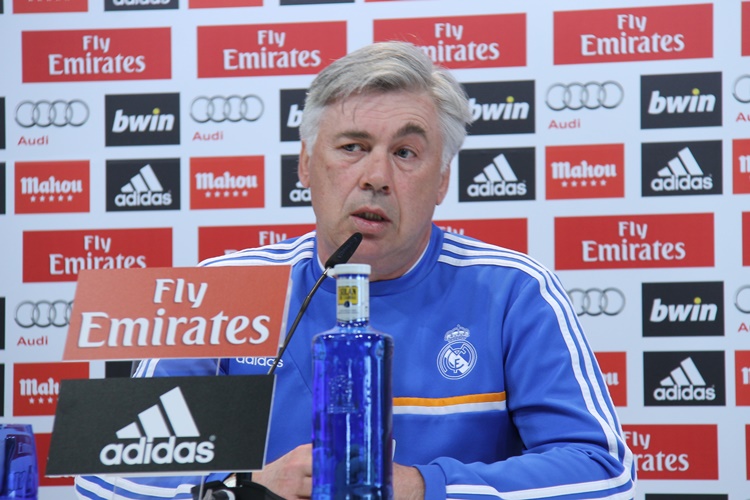 Ancelotti wasn't going to take that lying down either, as he hit back, in typical Carlo style, with a one liner that said everything: “This season we're still challenging for the title, but last season the team was not able to. That's all I can say, really.” A quick trademark raise of the eyebrow, and what he meant was fairly clear.

JOE was in attendance at the Real Madrid press conference with thanks to Emirates, who announced Cristiano Ronaldo as their Global Ambassador in the run up to the World Cup this summer. To check out the brilliant new ad with him and another #AllTimeGreat Pelé, then simply head over here and have a look

popular
Leo DiCaprio's only Oscar-winning performance is among the movies on TV tonight
Irish employment law experts warn employers must find ways for staff to take entitled leave
First photos emerge of Boris Johnson drinking at Downing Street party during lockdown
RTÉ's new show is looking for the best takeaway in all of Ireland
EXCLUSIVE: Ewan McGregor and Hayden Christensen on reuniting on the set of Obi-Wan Kenobi
Ryanair steward arrested after being caught on camera drinking during flight
You may also like
1 month ago
Roman Abramovich 'suffered suspected poisoning' following Russia-Ukraine peace talks
2 years ago
Here's how to get tickets to Coca-Cola's last Premier League roadshow
2 years ago
"Are you talking about a man who took a 6th place Derby from the Championship, to 6th place in the Championship?"
3 years ago
QUIZ: Name these former Liverpool and Chelsea players
3 years ago
The Football Spin on Maurizio Sarri's problems and have Chelsea handed Manchester City the title?
3 years ago
The Football Spin on the Rafa Benitez conundrum, Chelsea's chance for glory and how English football anticipated Brexit
Next Page