Cristiano Ronaldo opens a museum to himself in his hometown

What do you do when you're one of the best footballers the world has ever seen? Open a museum in your own honour, of course

This Sunday, Cristiano Ronaldo hosted an opening ceremony for a museum in his hometown of Funchal, in Madeira. The Portuguese was present to lend his support because it was a museum dedicated to him, and filled with plenty of his shiny trophies, signed kits and footballs, as well as dodgy-looking wax works. 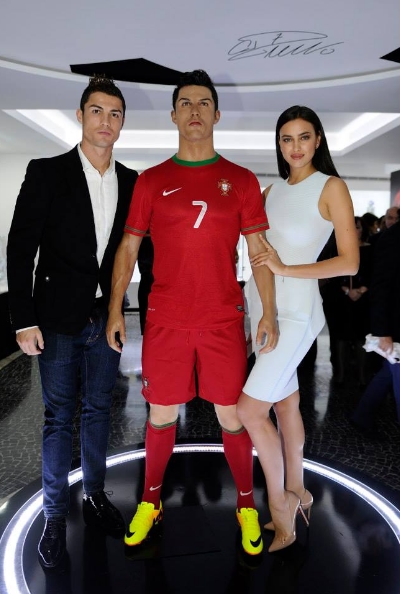 During the opening ceremony, the assembled media were very curious about a few other trophies that he could add to the collection, most notably La décima with Real Madrid and a certain golden coloured ball that a diminuitive Argentine has won a lot in the last few years. Ronaldo simply replied that if it arrived, he would make space for it. 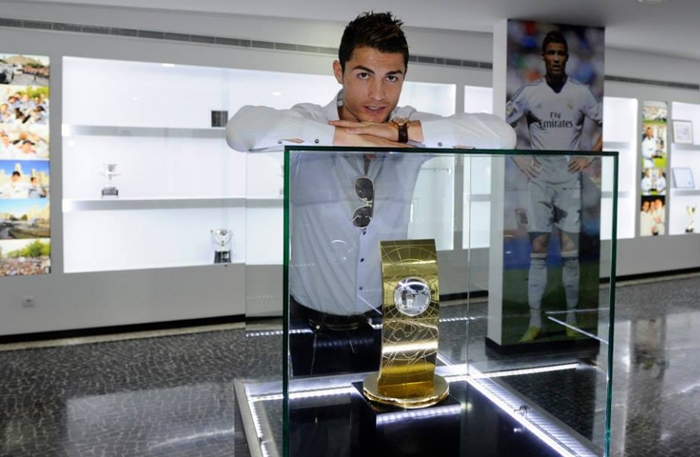 There's also plenty of scope for a trophy with his national team (we're sure he'd be hoping for the World Cup) as well as more to add to the three titles he's won in his time at Real. JOE knows where we're headed on holidays next year anyway.

popular
5 years ago, Hollywood took a massive gamble on a huge sequel... and lost big time
Netflix has just added 12 very big movies to their library
One of the most underrated crime thrillers of recent years is among the movies on TV tonight
Mystery over 'dead husband' spotted in Indian restaurant has been solved
QUIZ: JOE's Big News Of The Day Quiz #40
The JOE Friday Pub Quiz: Week 332
40 years ago, a sci-fi horror with one of the best special effects of all time was released
You may also like
8 months ago
Merseyside police defend ‘exemplary’ Liverpool fans tear gassed by French police
3 years ago
QUIZ: How well do you remember Zinedine Zidane's playing career?
4 years ago
Mesut Özil hits out at "right-wing propaganda" in Germany following criticism for meeting Turkish President
4 years ago
Cristiano Ronaldo proves why he’s one of the greatest with late free-kick equaliser
4 years ago
Liverpool goalkeeper Loris Karius writes emotional apology to fans
4 years ago
Gary Neville has really twisted the knife into Liverpool's Champions League defeat
Next Page