Deaf football team in Birmingham concede 126 goals in 26 games; blame it on their inability to hear referee’s whistle

To get the inevitable joke out of the way, it seems as if their complaints have, unfortunately, fallen on deaf ears…

Whenever a team finishes bottom of the league, the management and players involved will trot out all sorts of excuses in an attempt to explain their poor performance, but you’d have to have a large degree of sympathy for Birmingham Deaf FC, who finished bottom of the fifth division of the Birmingham AFA Saturday League with a tally of -6 points (more on that later) and conceded a whopping 126 goals while losing 25 of their 26 games.

You might think that Birmingham Deaf is one of those piss-takey names you’d often hear of in lower league football or five-a-side leagues, but there’s no codology at play here; they are so-called because every single member of the team – and their club secretary for that matter – are either deaf or very hard of hearing.

According to the Birmingham Mail, the club are a bit peeved that officials in the league didn’t go out of their way to accommodate them by using flags to signal fouls as well as blowing a whistle and they, fairly obviously, suffered quite badly as a result. 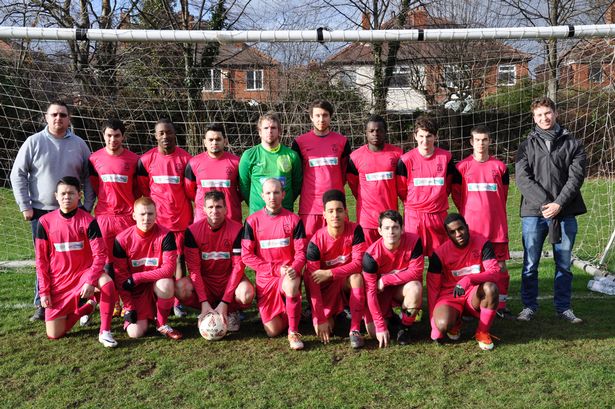 Club secretary Guy Whieldon told the Birmingham Mail: “Most lads feel officials are not geared-up for a deaf team due to communication breakdowns, which cause difficulty.

“The referees are supposed to wave flags while, at the same time, blowing a whistle.

“Most referees forget to wave or simply don’t want to use a flag.”

That might sound like sour grapes, but a player from Sutton United, who played Birmingham Deaf twice and scored 20 goals without reply, backed up their grievances when speaking to the Birmingham Mail, saying: “The ref would blow for a stoppage and they would continue to play.”

As if the ignominy of losing all but one game and conceding so many goals wasn’t bad enough, Birmingham Deaf were also deducted nine points after failing to show up for three games. The video below might go some way to explaining that problem…

Thanks to their poor results, meanwhile, they will be relegated to the seventh and bottom division of the Birmingham AFA Saturday League.

Whieldon didn’t want to blame the Birmingham AFA, however, instead lamenting the lack of commitment from the players who did show up in what was meant to be a move to improve the standard of the team for their involvement in specialised deaf football.

We’re not sure if the Birmingham AFA will welcome the suggestion, but they might be interested in following the lead of a GAA referee in Galway last year, whose exploits were made famous when they were posted on Twitter by county hurling goalkeeper James Skehill…

Local man ref'd u12 game from his car on the hill in kilbeacanty,blew the horn for foul and indicator for direction #bestever #refstories

Surely it’s worth a shot.

The Big Reviewski || JOE · The Big Reviewski with Ray Liotta, Goodfellas facts & Tom Hanks making us cry
popular
Revolut finally rolls out feature which allows users access wages before payday in Ireland
Kings of Leon announce first Irish shows in five years
One of the most-anticipated movies of the last few years is finally available to watch at home this week
Seven people hospitalised after huge fight at Tuam cemetery
Daniel Craig leads the charge on this week's line-up for The Late Late Show
Retail billionaire calls on unvaccinated people to be banned from shopping centres
There's some lovely weather in store this weekend, but better make the most of it
You may also like
6 years ago
PIC: Top GAA referee running the line in a Junior A semi final last night
6 years ago
Seven things GAA referees say to players on the pitch
6 years ago
PIC: An amazing referee's report from a heated under-16 GAA match back in 1993
6 years ago
Vine: Here's a Brazilian footballer performing a wrestling move on a referee
6 years ago
Vine: Ref Anthony Taylor seemed very happy his advantage led to an Everton goal last night
6 years ago
Video: Ref-cam in GAA has happened and we love it
Next Page