Oh David, you can’t say you didn’t have this one coming to you…

Considering how big Twitter has become and how important it is as a communication tool, it’s understandable that the most powerful public figures in the world are eager to maintain an active Twitter profile to keep in touch with the people and show that they are up to date with modern methods of interaction and so forth.

They should also know, however, that members of the Twitterati will take no prisoners when an opportunity arises to take the piss, as it did when David Cameron last night posted this almost Partridge-esque photo to illustrate that he was in dialogue with Barack Obama over the current crisis in Ukraine.

I've been speaking to @BarackObama about the situation in Ukraine. We are united in condemnation of Russia's actions. pic.twitter.com/7Rk2k8iOIK

What followed was absolutely priceless, with the likes of Graham Linehan, Patrick Stewart and Rob Delaney amongst those who, in the most appropriate phrase under the circumstances, weren’t about to let the Prime Minister off the hook… 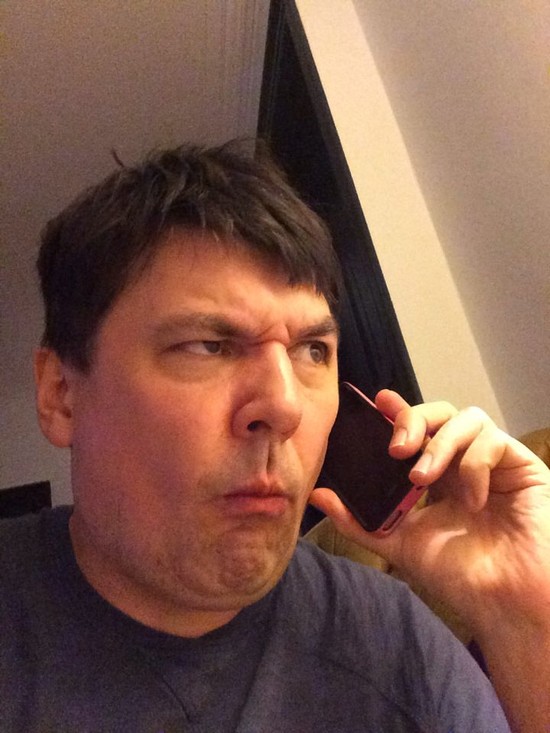 .@David_Cameron @BarackObama Hi guys, I'm on the line now too. Get me up to speed. pic.twitter.com/xhmJG5KpxT

It wasn’t just famous people who got involved either…

"Hi David where are you calling from?" pic.twitter.com/DQGIxnFcGw

House of Rugby Ireland · Munster can't beat Leinster, Six Nations squad and John Cooney interview
popular
RTÉ Prime Time footage shows tanned Irish holidaymakers returning from Lanzarote
Bill Gates hits back at "crazy" and "evil" conspiracy theories posted about him on social media
QUIZ: Can you name all of these countries just from one of their cities?
Taoiseach Micheál Martin says people need to stop going on holidays
Holly Willoughby criticises influencer for travelling to Dubai during pandemic
QUIZ: Do you know the collective name for these groups of animals?
Leo Varadkar rules out going straight to Level 3 restrictions in March
You may also like
1 year ago
Ranking the 10 most passive-aggressive ways to end a text conversation
1 year ago
25 of the funniest tweets you might have missed in October
1 year ago
WATCH: RTÉ raised their game with their Halloween reporting on Thursday
1 year ago
PIC: Man discovers 1998 Spanish article naming part of Cork the most sexually repressed place in the world
1 year ago
Personality Test: What percent clown are you?
1 year ago
WATCH: The trailer for Season 14 of It's Always Sunny features melons, poison and laser tag
Next Page