The Simpsons mightn’t be great nowadays, but it sure as hell was during its heyday. Thanks to Simpsons Quote of the Day on Twitter, we can nostalgically recall the good times on a daily basis.

If you don't follow the account already, you can do so here (you really should) but in the meantime here are five our favourites from the last week.

‘My son is also called Bort’ 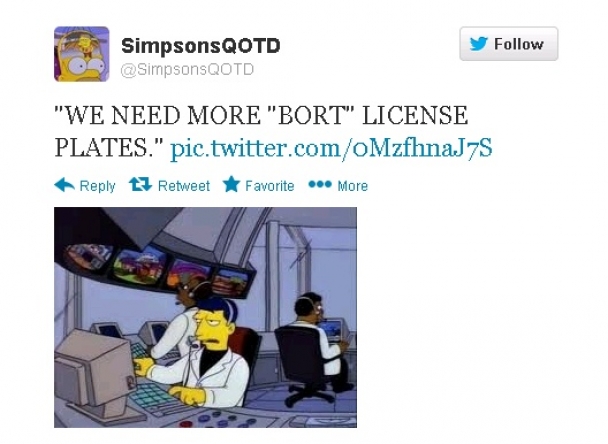 'You call that a knife, this is a knife' 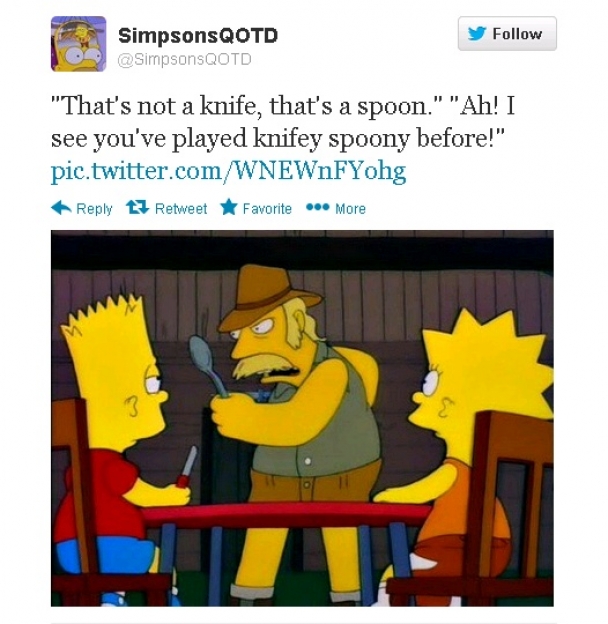 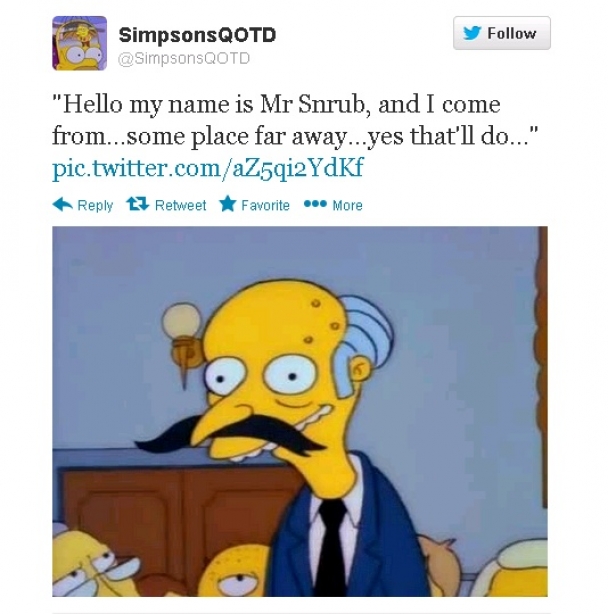 'What the hell was that?' 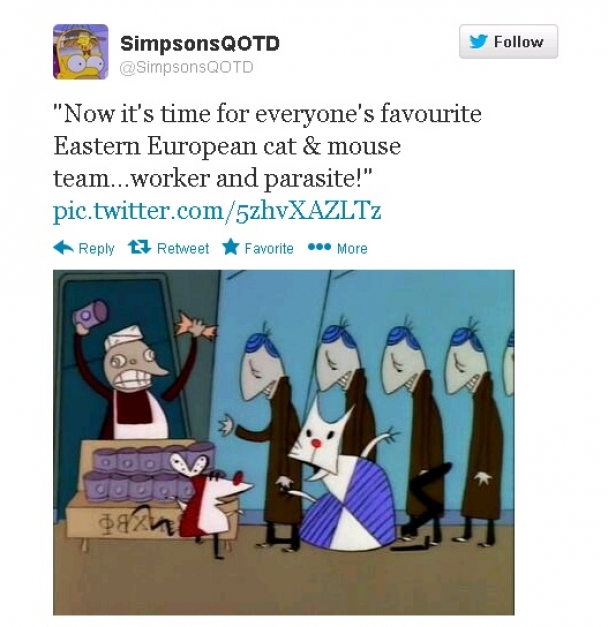 popular
Sale of luxury castle in Kerry, described as "one of Ireland’s best kept secrets”, completed for €4.5 million
Pfizer/BioNTech Covid-19 vaccine to be rolled out in UK next week after government approval
Weather advisory issued for all of Ireland, with snow on the cards
What the hell is 'Stomp and Holler', and why does Spotify insist that you love it?
Over 300 Ford cars recalled in Ireland over battery issue that could lead to vehicle fire
We're sorry, but a new clip from Wild Mountain Thyme is on the loose
The JOE Movie Quiz: Week 80
You may also like
4 years ago
This new app will help you keep track of the Luas strikes
4 years ago
TWEETS: Mixed reaction as Joan Burton steps down as leader of the Labour party
4 years ago
VIDEO: All the thrills and spills from the AIB Start-up Academy Final
4 years ago
Which one of our finalists is going to be our AIB Start-up Academy Final winner?
4 years ago
JOE speaks to AIB Start-up Academy finalist Martin O'Connell from Nasal Medical
4 years ago
Snapchat's latest filter has been described as "offensive", "racist" and done in "poor taste"
Next Page