Gallery: Some of the best new jerseys of World Cup 2014

With the World Cup in Brazil fast approaching, a few of the participating teams have launched their new kits for the tournament in recent weeks.

There's a few months to go until the World Cup this summer, but we're already anticipating having to save up our pennies to get our hands on the selection of brilliant jerseys that the participating nations will be releasing for the showpiece event. Some of them are very tasty indeed so we decided take a look at a few of the new kits that have been released, home and away, which have caught our eye.

Australia's new kit launched by Nike is a real retro effort. Paying homage to the team from the 1974 World Cup and bearing a striking resemblance to an old Brazil jersey, this is a very impressive number. 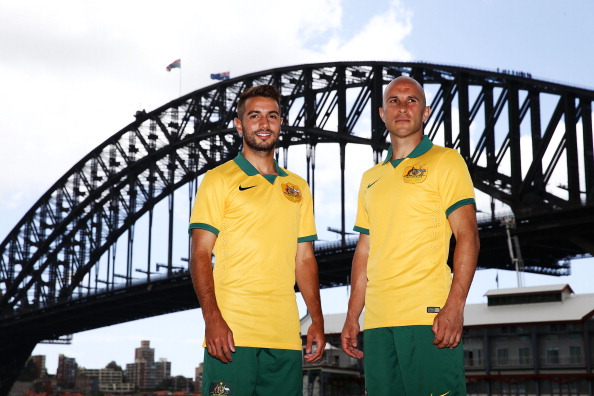 Iran have got in on the act too with their new home and away kits being launched by Uhlsport, a brand that brings back plenty of memories for those who bought goalie gloves in the late 1990s. 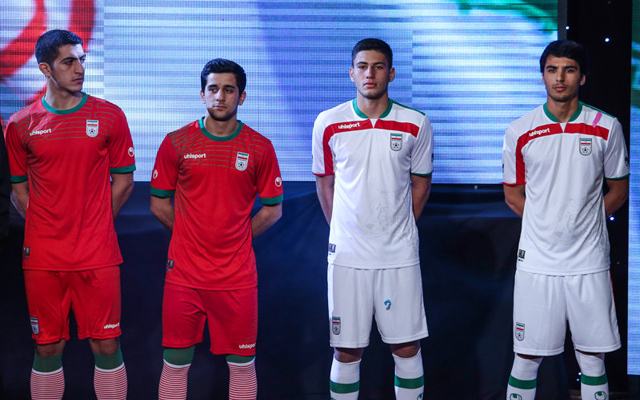 Pic via Getty Images
The new Nigerian kit from Adidas has just been launched also, and we quite like this one from the African Cup of Nations champions. 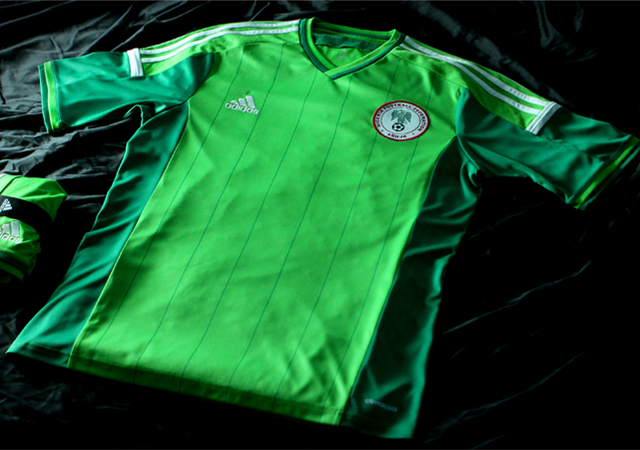 Continuing the theme of green, Mexico's new jersey is as a very striking one indeed with its jagged multi-coloured lines. What's not to like? 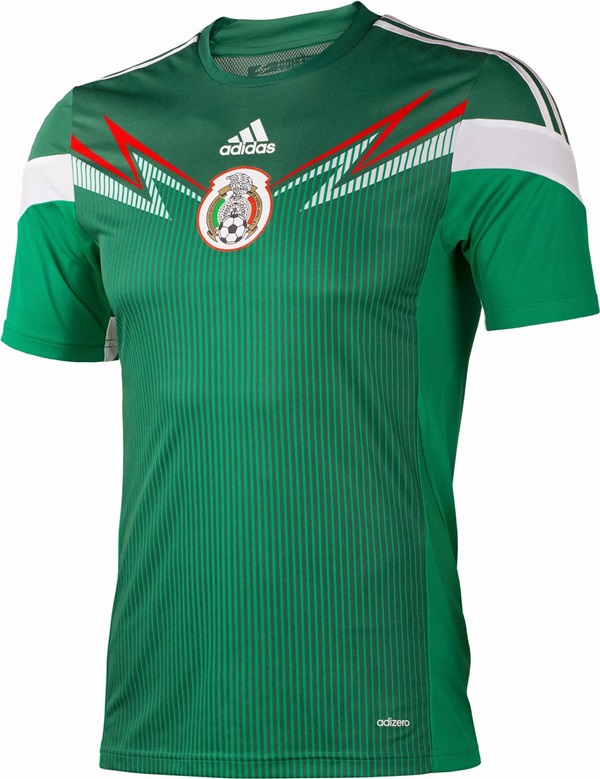 Russia launched home and away kits, but we love the away kit which also pays tribute to the Russia's space program and their achievements through the years. Written on the inside of the shirt is the motto 'Conquerors of Space', and the design is supposed to reflect the perspective of Yuri Gargarin's view of Earth from Space in 1961. 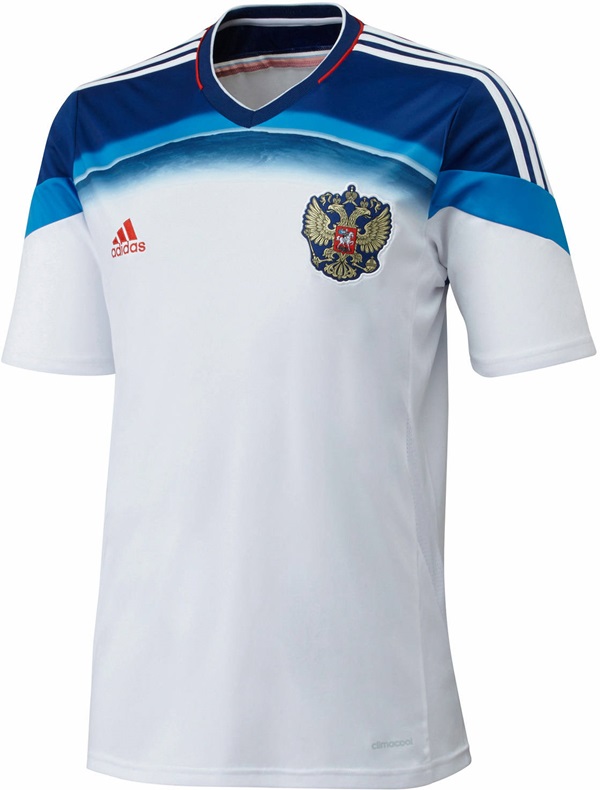 Spain are being slightly underrated this time around, having possibly hit their peak already by claiming a haul of trophies and medals, but this black jersey with electric greeny/yellow trimmings is very flash indeed, whether they win the tournament or not. 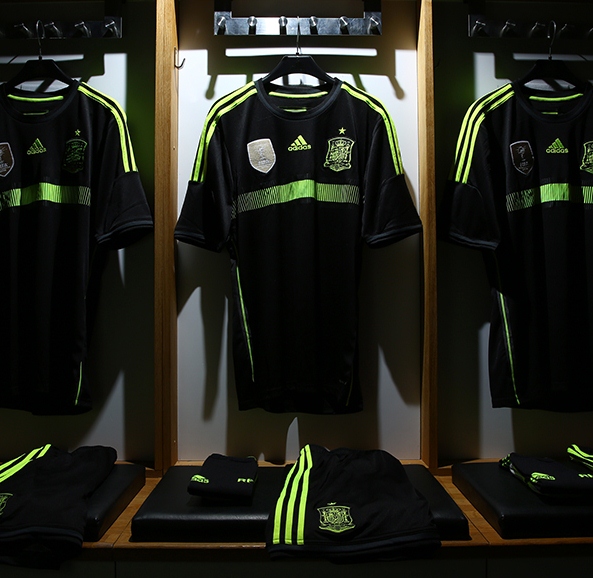 Argentina always have a nice kit as it's hard to go too wrong with the beautiful light blue and white stripes of their classic home kit, but it's the away shirt which took our eye this time, sporting several different shades of blue. 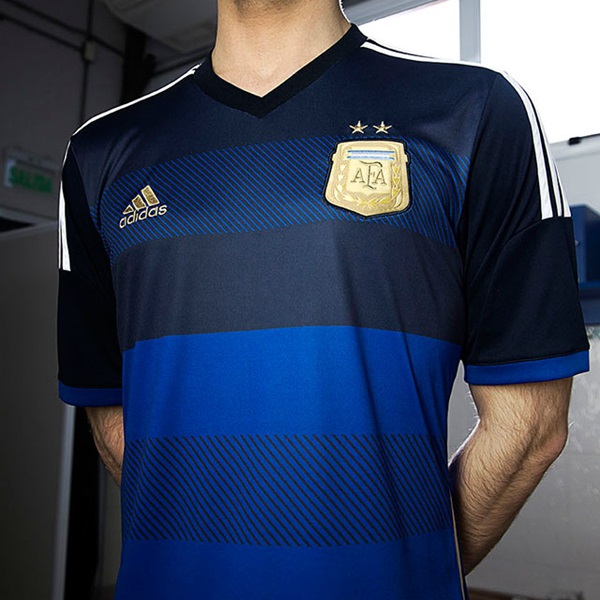 Colombia are considered on of the dark horses at this year's World Cup, but they're still anxiously awaiting developments on Radamel Falcao's injury. The star-striker will be a vital part of their team if he can get fit, but they're definitely guaranteed to look good in their traditional yellow home jerseys. 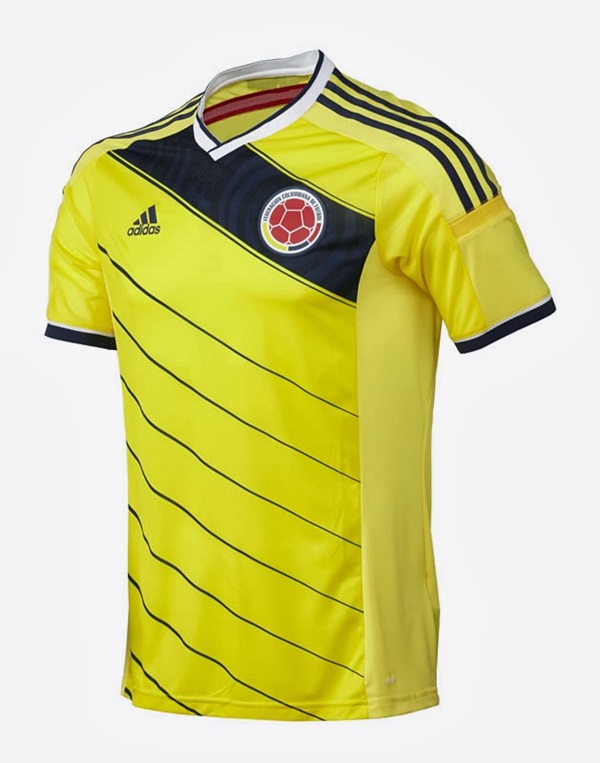 The Japanese are another team to have launched a snazzy new home kit for Brazil this summer and when you add this to the fact that their game against Italy in the Confederations Cup was one of the most entertaining games we've seen in a long time, they might just be the team we support this summer. 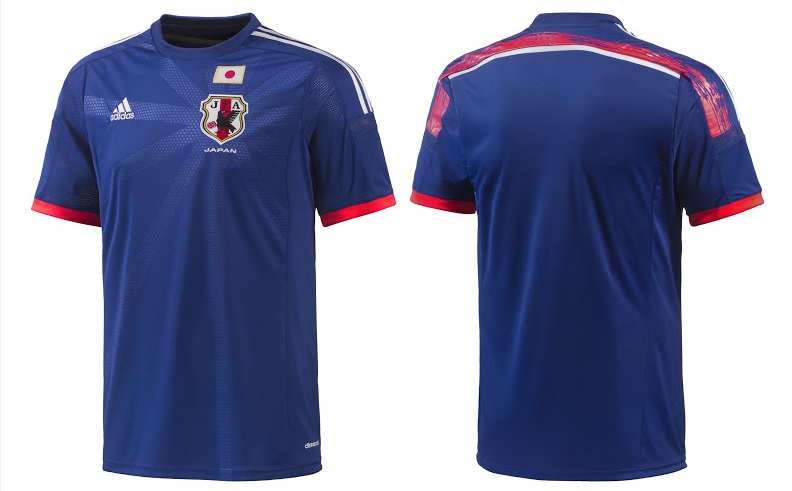 You should never discount the Germans, as they say, and they never fail to have anything other than an impressive kit. No change on that front this year, and their new away jersey is one that we'll be snapping up at the first opportunity. It doesn't look too dissimilar to the shirt of one of Brazil's biggest clubs, Flamengo, either... 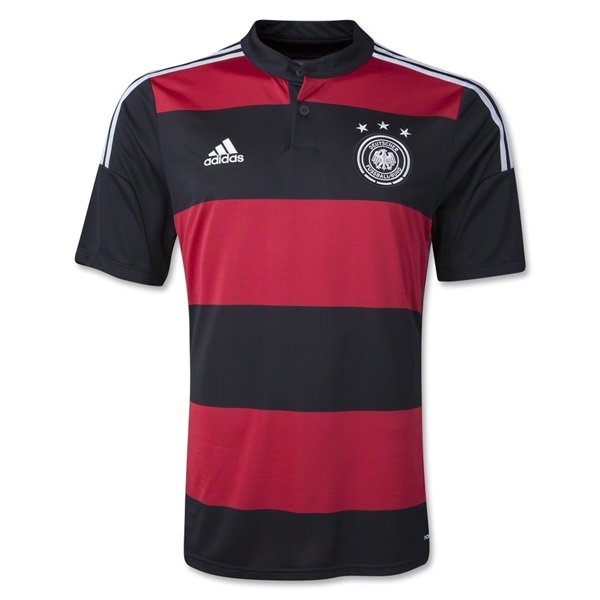 popular
5 years ago, Hollywood took a massive gamble on a huge sequel... and lost big time
Netflix has just added 12 very big movies to their library
One of the most underrated crime thrillers of recent years is among the movies on TV tonight
Mystery over 'dead husband' spotted in Indian restaurant has been solved
Netflix backtracks on anti-password sharing measures following user outcry
QUIZ: JOE's Big News Of The Day Quiz #40
The JOE Friday Pub Quiz: Week 332
You may also like
2 weeks ago
Man in intimate relationship with $3,000 doll says his partner doesn't understand
1 month ago
British newlyweds die in helicopter crash on holiday in Australia
1 month ago
Six dead including two young police officers in violent Australian siege
2 months ago
World Cup 2022: All the major action and talking points from Day Three
2 months ago
Man returns to his car to find a sofa had fallen from the sky and crushed it
3 months ago
Man goes on spending spree after couple transfers €490k house payment to wrong account
Next Page