The Hull 'keeper has had a great first half, and this was undoubtedly the highlight of his performance so far

Chelsea have yet to find the back of the net at the KC Stadium today, thanks mainly to Allan McGregor who produced a few good saves, in particular this point blank effort from Oscar.

The ball fell to the Brazilian in the box all of eight or nine yards out, a chance which you would expect him to bury, but McGregor reacted quickly to rush off his line and deny the Chelsea star.

The Scot has needed to be on top form one or two other times in the half, but Chelsea have looked a little sloppy, gifting Hull a few easy opportunities which they have conspired to miss. That won't please Jose Mourinho, who for some reason was spotted on the sideline doing this. 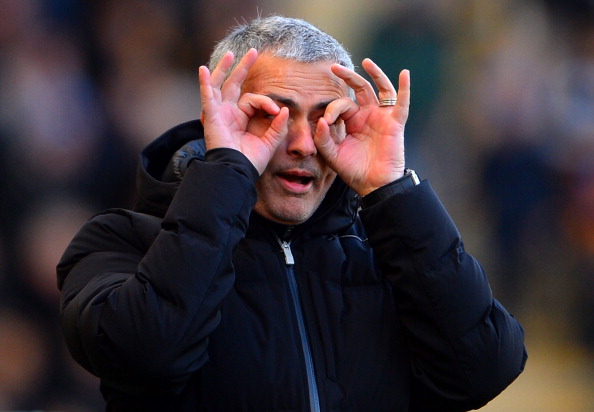 You have to love Jose.

Hat-tip to Sphera Sports for the GIF

The Big Reviewski || JOE · Colm Meaney & his Pixie co-stars on deadly gangster priests, Irish accents & pickled onion crisps
popular
Status Yellow snow warning issued for five counties
Here's Week 58 of JOE's 19 in 90 quickfire quiz
Here's the lineup for this week's Late Late Show
What the hell is 'Stomp and Holler', and why does Spotify insist that you love it?
Loads of Irish trying their luck for the $243 million Powerball lottery draw
Lotto players urged to check tickets after someone won €10.7 million
Sale of luxury castle in Kerry, described as "one of Ireland’s best kept secrets”, completed for €4.5 million
You may also like
5 months ago
In an uncertain world, David Luiz provides the reassurance we all need
8 months ago
Arsenal manager Mikel Arteta tests positive for Covid-19
1 year ago
People of Cork, the Premier League roadshow is coming to town
1 year ago
They're making a cartoon show about Manchester City for some reason
1 year ago
The Coca-Cola Premier League roadshow is coming to Galway this weekend
1 year ago
Coca Cola's first Premier League roadshow kicks off in Belfast this Monday
Next Page