When it comes to legends of the green jersey they don't get much bigger in name (or height) than Niall Quinn.

The former Arsenal, Man City and Sunderland striker was a cornerstone of the Irish team during the golden era of Jack Charlton and prior to Robbie Keane's excellence in a green jersey, Quinn's 21 international goals was an Irish record.

Here's a look at Quinny's career through the years.

It seems that Quinn was always destined to enter the sporting world as his father played hurling for Tipperary before moving to Dublin. As a child, Quinn played for Robert Emmets and was extremely talented in both codes, playing underage football and hurling for Dublin.

In 1983 he played in the All-Ireland Minor Hurling Championship Final which Dublin lost to Galway.

Take a look at some of the footage and his memories of losing out to the Tribesmen, who were captained by current Galway hurling manager Anthony Cunningham at the time.

Like most sport-obsessed Irish kids, it seems that Quinn was happier playing outdoors with a ball than staying indoors.

Despite his love of GAA, Quinn also played junior football for Manortown United and ultimately decided that his future lay in soccer rather than GAA. In 1983 he signed his first professional contract with Arsenal, where he scored 18 goals in 18 games for the reserve side in the 1985-86 season before being promoted to the senior set-up.

Quinn made a dream debut for the Gunners, scoring in a 2-0 win against Liverpool, and he managed to chip in with eight goals the next season as Arsenal went on to win the League Cup.

The arrival of Alan Smith at Highbury saw the Dubliner's first-team chances restricted, as he only managed to make 20 league appearances over the next three seasons. 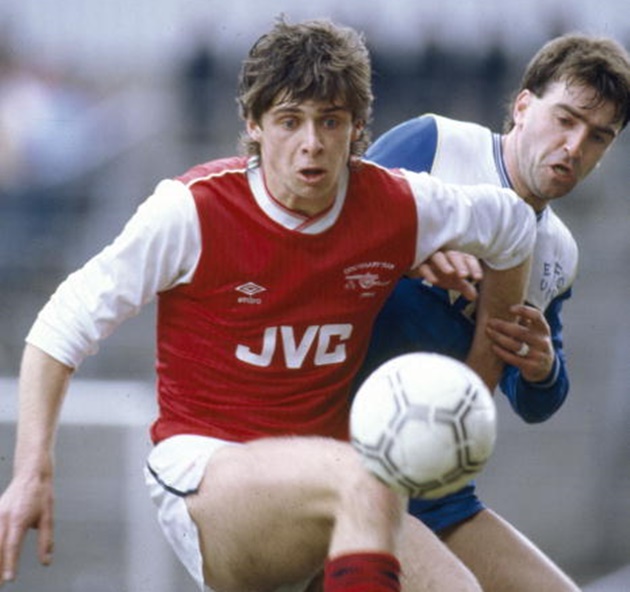 The makings of an Irish legend

The first of Quinn's 21 international goals came against Israel in a friendly international at Dalymount Park in 1987 and it's almost impossible to think of the great moments of the Jack Charlton's era without picturing Quinn.

That famous 'beautifully ugly' goal against Holland in Palermo, his equaliser against England in Wembley or his assist for Robbie Keane's dramatic goal in Ibaraki all spring to mind.

Irish fans owe the striker a massive debt because his goals and commitment to the green jersey supplied us with some of our most cherished football memories.

Time to disco at Man City

It was at Maine Road where the striker's career in England really took off as he once again marked his debut with a goal in the Citizens' draw with Chelsea.

Quinn scored a very impressive 22 goals in his first season with his new club as he went on to make 193 appearances for City, scoring 64 times. His most memorable goals came in a crazy Manchester derby where City went 2-0 up only to lose 3-2.

02:24 is when all the madness starts in a truly unforgettable derby.

Quinn also had to rely on his GAA skills at Maine Road as he frequently deputised in goals. Take a look at him scoring and saving a penalty in this game against Derby County that actually relegated the Rams.

03:00 is when Quinn shows that he is almost as good as Packie Bonner.

It wasn't all happy times for the striker at Maine Road as he suffered a serious cruciate knee injury in the 1993-94 season that ruled him out of the World Cup and he had the infamy of being the only smart footballer in this famous relegation survival day gaffe.

It seems that the Man City faithful still hold the striker in warm affection; they even created one of the greatest terrace chants of all-time in his honour.

The love affair at Sunderland begins

Despite missing the '94 World Cup due to injury - who can forget his memorable studio appearances for RTE during USA '94 - Quinn's career enjoyed a renaissance after moving to Sunderland for a then club record of £1.3m.

Guess what? He scored a brace on his debut once again as he became one half of arguably the league's deadliest strike partnerships alongside Kevin Phillips.

Quinn also had the distinction of being the first player to score at The Stadium of Light; ironically it came against his former employers. 69 goals in 220 games for the unfancied Mackems is a cracking return.

Before they  manfully shook hands and made up, Roy Keane once famously described his future chairman as a Mother Teresa-type character.

The description actually seems appropriate given Quinn's incredible acts of generosity over the years. He famously donated the entire proceedings of his testimonial (over £1m) to charity, an act for which he received a number of awards, including an honorary MBE.

He also paid over £8,000 to allow 100 Sunderland fans to travel home by taxi after they were left stranded at Bristol Airport and he has also been frequently involved with numerous other charities.

The suit comes on

Quinn underlined his love for Sunderland by spearheading a takeover of the club led by the Irish Drumaville Consortium in 2006.

Under his tenure as chairman the club installed Roy Keane as manager as the duo led the Black Cats back into the Premier League at the first time of asking. Let's just forget about his brief tenure as manager of the club.

The club consolidated their place the following season but the takeover of Ellis Short saw Quinn move into a director's position. The Dubliner has since been a frequent contributor on Sky Sports and a regular horse racing columnist for various publications but it's safe to say that our favourite memories of him will always be on the pitch and his fantastic contribution to the green jersey over the years.

Here he is chatting with Robbie Keane.

popular
Here's how to make €9-11 on Revolut in just a few minutes
Green Party representative calls for a temporary ban of stag and hen parties in Ireland
Pop Idol star Darius Campbell Danesh has died, aged 41
Off-duty Garda arrested in Tipperary on suspicion of drink driving
Murder investigation launched following death of 75-year-old woman in Kerry
QUIZ: You won't be able to correctly guess the meaning of all these words
Dublin Bus passenger assaulted in suspected homophobic attack
You may also like
2 years ago
COMPETITION: Win four tickets to Republic of Ireland v Denmark
3 years ago
“Shane Duffy is right now everything for Ireland. His defence keeps us in it & when Denmark score, who steps up?”
3 years ago
Read John Delaney's full opening statement to Oireachtas Committee
3 years ago
The Football Spin on change at the FAI, Declan Rice's smart move and why Ireland fans should be angry
3 years ago
The Football Spin Heartbreak Valentine's Day Declan Rice Special
3 years ago
"You cheeky bollocks!" - The key takeaways from Mick McCarthy's first press conference as Ireland manager
Next Page