Happy Birthday to Lionel Messi: JOE looks back at the career of the greatest player of his generation

“Messi is the best. There must be life out there somewhere, on some other planet. Because he is too good and we are just too bad for him.” ~ Jurgen Klopp

JOE thinks that some things are just meant to be.  Type the name "Messi" into your phone  and the chances are that predictive text will change it to "Messiah". Make no mistake about it, we are living in an era of a very, very special player.

It's JOE's fourth birthday this week (you can tweet us at #JOEBirthday if you like) and to mark the occasion we have decided to take a look at some, ahem, fellow icons that are also turning a year older in the next few days.

Let's check out the career of the greatest player of his generation... 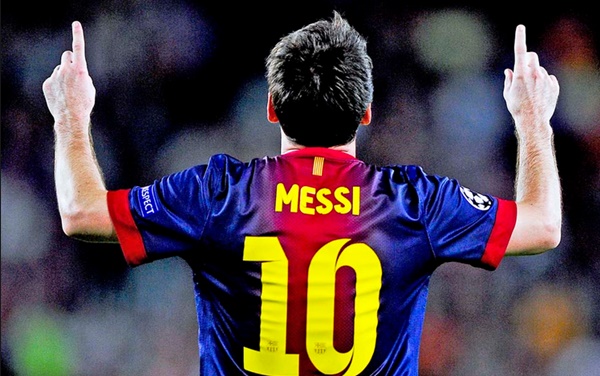 Let's get the "Holy Sh*t " part of his story done early, shall we?

At the age of 24, Messi became Barcelona's all-time top scorer in official club competitions. At age 25, he became the youngest player to score 200 goals in La Liga matches. He is the first player in history to win four FIFA/Ballons d'Or, all of which he won consecutively. In 2011-12  he set the European record for most goals scored in a season with 73 goals.

He is 27 today and we're also leaving out countless more of his other amazing achievements. Jaysus! 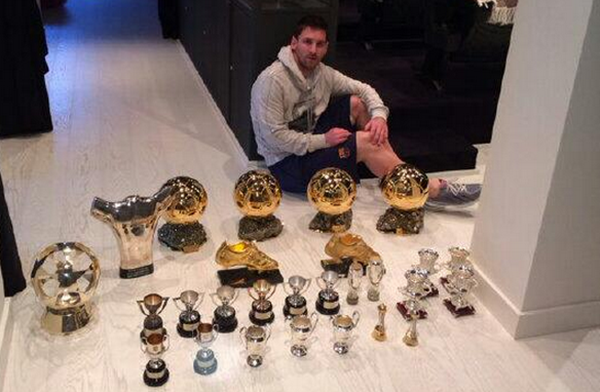 We all know what to expect when we see Messi play. Incredible skill, blistering pace, a delicate touch and devastating finishing, however, one attribute that is rarely mentioned is his bravery. Who else would constantly demand the ball while defenders are trying to kick lumps out of them? His 5ft 7'' frame hides an iron will to win and an immense self-belief in how the game should be played. Then again we should have known that Messi was made of special stuff even from a young age.

Like all boys he grew up playing football for his local club, Newell's Old Boys. Here is just one of the best anecdotes from Guillem Balague's book on Messi...

"On the Newell’s pitch, the directors would ask him to do some keepy-uppies before the senior game or at half-time. On one occasion, in Mar del Plata, he did keepy-uppies before the game, and fans would throw money at him, coins. Fifteen minutes would go by and he still hadn’t lost control of the ball. In Peru, I think he got up to 1,200 touches. He was nine". 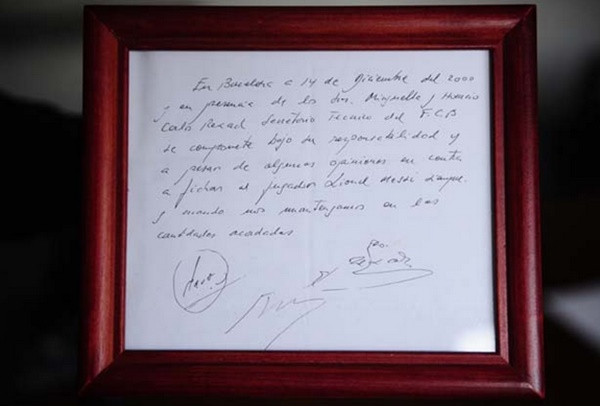 It all could have turned out so differently, however, when aged 9, he was diagnosed with a growth hormone deficiency and Newell's couldn't pay for his treatment. Carles Rexach, the sporting director of FC Barcelona, was made aware of his talent and signed him to a contract on what has since become the most expensive napkin in history. Barcelona offered to pay Messi's medical bills on the condition that he and his family moved to Spain.

Messi soon became an integral part of an illustrious Barcelona's team at their La Masia academy that included Cesc Fabregas, Gerard Pique and Sergio Busquets. At 17, the Argentinian made his debut for the Blaugrana against Espanyol and he has never looked back since. He scored his first goal in the famous jersey against Albacete and the next season he cemented his place in the Barca squad scoring six times.

March 10, 2007 will forever be remembered as the day when Messi announced himself to the world. A stunning hat-trick against Real Madrid , in an epic 3-3 Classico draw, made the world aware that we were witnessing a very special talent.  Comparisons to Argentina's greatest player of all time, Diego Maradona, were inevitable, especially after this goal against Getafe which was eerily familiar to the great man's solo effort against England in 1986.

The little genius was blighted with hamstring injuries during the 2007-08 season, but he soon made up for lost time under new manager Pep Guardiola. Ronaldinho's departure freed up the famous number 10 jersey and Messi thrived under this newfound responsibility. Barcelona were imperious that season and became, in JOE's opinion, the greatest club side of all time by winning all 6 trophies that were on offer.

Messi scored twice in a 6-2 drubbing of Real Madrid at the Bernabeu  and also in the Champions League final win against Manchester United. Personal accolades soon followed, he was named FIFA World Player of the year and he also won the 2009 Ballon d'Or (the first of four consecutive awards) by the highest margin of all time. Inter Milan knocked Barca out in the semis, but Arsenal fans will need no reminding of this game against a seemingly unstoppable Messi.

Barcelona retained La Liga the following season with the Argentine contributing 31 goals in total. This was the season of Classicos as Barca and Real squared off against each other in the Copa Del Rey, Champions League and La Liga. Guardiola's men reclaimed their Champions League crown and Messi played a huge role with this breathtaking solo effort in the semi-final first leg. Barca would ultimately destroy Manchester United in a performance that many consider to be one of the greatest of all time.

Despite Messi maintaining his high standards, the 2011-12 season proved to be a frustrating one for the Catalans as Jose Mourinho broke their domestic dominance and Chelsea stifled their attacking flair in the Champions League. Can anyone forget his five goals in one game against Bayer Leverkusen? In March that year he was crowned as Barcelona's all time leading scorer and two months later he eclipsed Gerd Muller's record of most goals in one season, 68 goals! Pep Guardiola signed off with the Copa del Rey as the late Tito Vilanova stepped in.

In December, he scored twice against Real Betis, his 85th and 86th goals in 2012, surpassing Müller's milestone of 85 goals scored in a calendar year in 1972 with Bayern Munich and the German national team. The nicest thing about this story is that Messi said sent Müller a No.10 Barcelona shirt, signed "with respect and admiration", after breaking his record. A class act on and off the pitch.

His fourth Ballon d'Or meant that he became the only player to win the award four times in a row, something Maradona or Pele have never achieved. He finished the season as top scorer in La Liga but issues away from the pitch, mainly Tito Villanova's brave fight against cancer, helped contribute to a poor season by the team's standards. 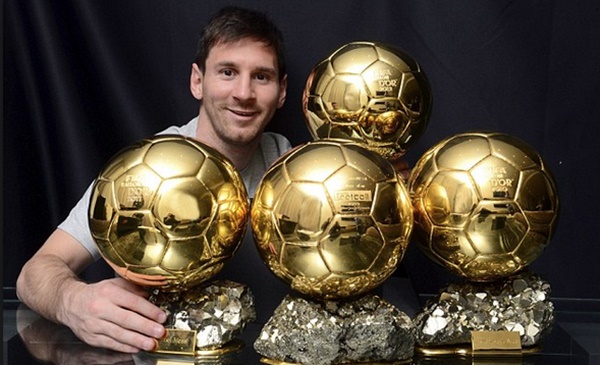 Last season has arguably been Messi's worst at the Nou Camp as Tata Martino struggled to get the best from the Argentinian genius. Atletico Madrid were crowned La Liga winners while Real Madrid took the Copa Del Rey and the Champions League. It says a lot though that Messi finished the season with 41 goals and 15 assists in all competitions - and we still think this is "poor!?"  If anything, that's an indication of the stratospheric standards that he has set over his career.

One frequent accusation from Messi naysayers (believe us they do exist) is that he has failed to deliver for the Argentinian national team. This World Cup so far has proven one lesson that has been very clear since he first kicked a football, never underestimate the god-like genius of Lionel Messi, the Messiah of modern day football. 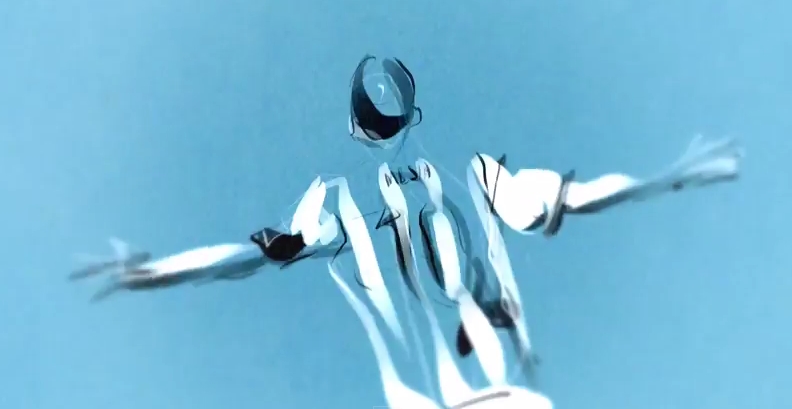 
The Architects Of Business || JOE · Camile Thai founder Brody Sweeney on losing one restaurant empire and building another
popular
Trump claims nobody has done more for the black community, with the “possible exception” of Abraham Lincoln
Recall issued on hand sanitiser used in Irish schools due to public health concerns
Guinness announces launch of Guinness 0.0, “the Guinness with everything, except alcohol”
Here's the lineup for this week's episode of The Late Late Show
Diageo confirm Guinness cans will temporarily no longer have the floating widget
Line Of Duty cast join Celebrity Gogglebox for Stand Up To Cancer
Here's Week 54 of JOE's 19 in 90 quickfire quiz
You may also like
1 year ago
Barcelona's Sagrada Familia finally receives building permit after 137 years
1 year ago
COMPETITION: Design a One4all Gift Card & win a trip to Barcelona
1 year ago
Train carrying 150 people in Barcelona derails, killing one and injuring six
1 year ago
Trains in Barcelona's main station evacuated following reports of a "luggage bomb"
2 years ago
WATCH: Ryanair passengers in Barcelona escape on emergency chute after a phone caught fire just before takeoff
2 years ago
WATCH: Lionel Messi really enjoys making his dog look silly
Next Page