ICYMI: Andrea Pirlo's beautiful free kick was the best near-goal of the World Cup so far

Thierry Henry reckoned he hit the bar on purpose...

While half the England team cramped up in the jungle heat of Manaus, 35-year-old Andrea Pirlo strolled through the game with barely a hair out of place.

Making 103 successful passes out of 108 attempts, the veteran midfielder almost capped a fine display with a stunning goal in injury time. Sadly, this bending dipping effort smacked off the England bar instead.

In the post-match analysis on the BBC, Thierry Henry jokingly said he thought Pirlo hit the woodwork on purpose as a time wasting exercise. We're sure that if Pirlo wanted to, he could.

Just look at Joe Hart's face as he realises where the ball went after being bamboozled by the bend. 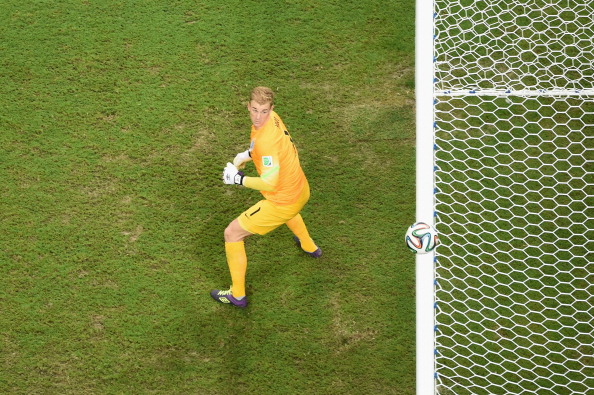 popular
QUIZ: Can you name all the countries beginning with A?
Elderly Irish man stabbed to death on mobility scooter in London
New car-free town with population of 85,000 set to be built in Dublin
Here's how to make €9-11 on Revolut in just a few minutes
Galway City Council street cleaners claim Lotto jackpot worth over €5.5 million
A terrific '90s crime drama is among the movies on TV tonight
Articulated lorry driver in his 20s dies in Tyrone
You may also like
7 years ago
Video: It's a year today since the most remarkable game of last year's World Cup
7 years ago
Opinion: The late, great Bill O'Herlihy and what made him such a national treasure
7 years ago
Video: The best showboating from this summer's World Cup in Brazil
8 years ago
Video: The Tralee man with the most famous GAA jersey at the World Cup has made a video recounting his amazing experience
8 years ago
GIFs: FIFA reveal the best goals of the 2014 World Cup
8 years ago
FIFA announce a team of the World Cup based on fan votes and it has a few issues
Next Page