Two friends and fans of rival football teams bet each other a tenner that their respective clubs would finish higher than the other at the end of the season. This is the ingenious way that the bet was paid...

We all now know that Liverpool finished higher than Manchester United in the final league table . After making a bet that his beloved United would actually finish ahead of their Scouse rivals, however, Red Devils fan Diarmaid McPhillips was forced to pay up the tenner that he owed.

He wasn't going to go down without getting a dig of his own in, however, and he was happy to settle the wager in this brilliantly creative fasion, with each 50p coin representing each of the twenty league titles that United have won.

A guy in my brother's work lost a bet that Utd would finish above Liverpool. This is how he presented the £10 pic.twitter.com/WxgPYOfIs3 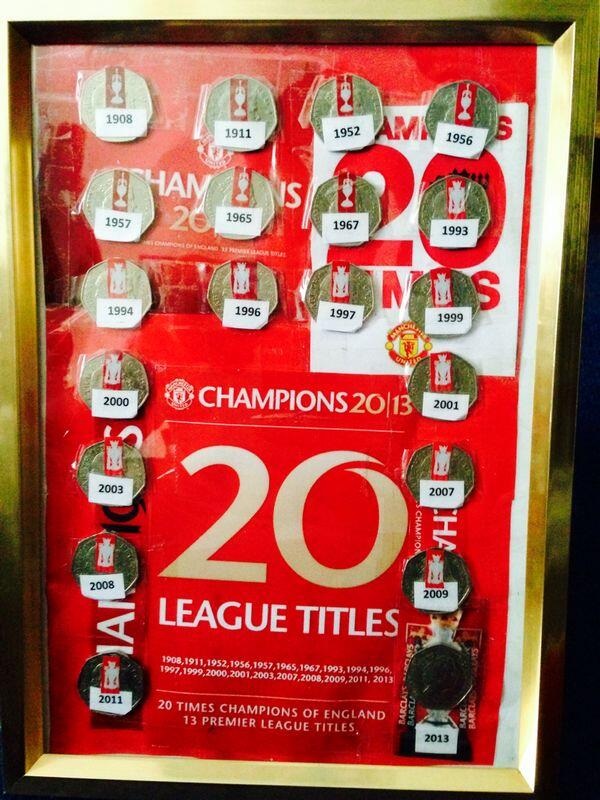 In a season of mediocrity for Manchester United, this is the sort of creative flair that has been all too lacking at Old Trafford this season.

Fair play to Diarmaid Mc Phillips for making the deadly display and hat-tip to @iamscassidy for bringing it to our attention on Twitter.

popular
Gardaí unveil new Armed Support Unit vehicles to replace older models
Netflix has just added 33 very big movies to its library
NOW announces large reduction to its monthly membership prices
The full list of cancelled flights in and out of Dublin Airport on Monday (so far)
Fish and chips could be removed from Irish menus over rising fuel costs
Increase in passenger charges at Dublin Airport may be on the way
The long-awaited MetroLink is finally happening, for real this time, honest
You may also like
1 week ago
The Chase star Bradley Walsh can't control his laughter after the most NSFW answer ever
2 weeks ago
WATCH: Lightyear star reveals who'd win in a fight between him and Thanos
2 weeks ago
30 years on, The Simpsons writer confesses he misunderstood iconic joke
4 months ago
30 years ago, Arnie's biggest prank ended with Stallone's biggest flop
5 months ago
China gives Fight Club a new ending, manages to completely change the plot of the movie
7 months ago
Who tweeted it: Simu Liu or Rahul Kohli?
Next Page