Most of us have been caught out by the weather here in Ireland after we looked outside, saw a clear skies and thought, ‘feck it, I don’t need a jacket’, only for it to start raining cats and dogs.

Thankfully, there’s a new app created by an Irishman that can predict the weather and it will also tell you what to wear. 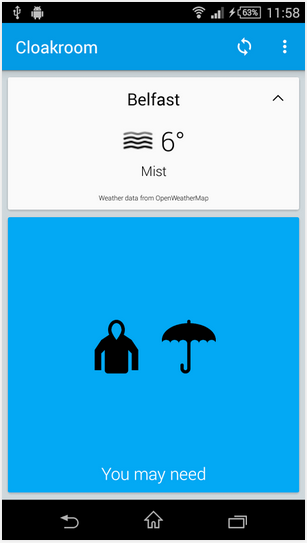 Cloakroom is the app in question and James Cleary, a 28-year-old web developer from Co. Derry, created it with the help of the Scottish based digital studio, Lewis.

Speaking to Edinburgh Evening News about Cloakroom, James said: “Originally the idea came from the realisation that most weather apps suffer from information overload.

“Rather than building a replacement, I thought it might be nice to have something visual, clear and simple to go alongside them – just showing the extra items you’ll need for the day ahead.” 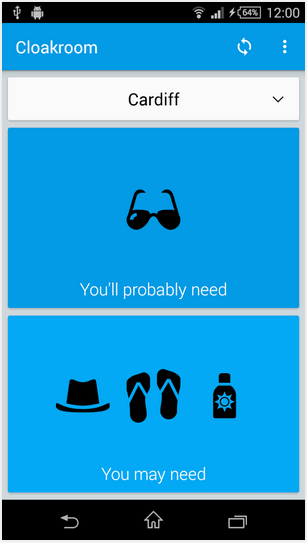 The app is turning heads in the tech industry too, as it was recently made Sony’s “app of the month” with the company saying: ‘We think Cloakroom is an app to watch out for’. Talk about high praise.

Cloakroom is available worldwide on Android and you can check it out over here.

popular
The Last Of Us Episode Five will premiere days earlier in Ireland and UK
Amazon Prime Video has just added 21 big movies to its library
Shock as blues singer beats Adele, Beyonce and Taylor Swift to win Song of the Year Grammy
One of the best crime thrillers ever is among the movies on TV tonight
5 years ago, Hollywood took a massive gamble on a huge sequel... and lost big time
Ben Affleck's bored expression at the Grammys becomes a meme
QUIZ: JOE's Big News Of The Day Quiz #41
You may also like
1 month ago
Jeremy Renner was talking to family member when 14,000-pound Sno-Cat ran him over, police reveal
1 month ago
It looks like we'll be reeling in the New Year with a LOT of rain
1 month ago
Two Status Yellow warnings issued with wind and rain in the mix
1 month ago
Two new Status Yellow warnings issued as poor weather continues
1 month ago
Snow predicted as triple weather warning issued by Met Eireann
1 month ago
Live weather updates, warnings and advice as Ireland goes through massive cold snap
Next Page