It's never about the money so Frank McCarthy has some free advice for Irish entrepreneurs.

With 132 start-ups created every single day in the first month of 2015, it’s safe to say that the Irish start-up sector is one of the most competitive at the moment.

With so many people vying for the top spot, we thought we’d get in touch with someone who has been through it all before to get some advice on how to break in to and make it in the business world.

We got in touch with Frank McCarthy whose first business venture was Professional Contract Services in 1978 when he was only 27-years-old.

A #business without checklists is not performing to its #potential.#entrepreneurhttp://t.co/BGnSj2qU7W

Professional Contract Services operated in England and Ireland and between the two countries it employed around 2,500 people.

Recently, Frank published a book titled It’s Never About The Money, which aims to help anyone that wants to become an entrepreneur.

JOE: Thanks for talking to us Frank. What are your top three tips for anyone thinking of starting their own business?

Frank McCarty: Firstly, to understand fully and be under no illusion that being an Entrepreneur is 40% talent and 60% hard work. Secondly, don’t buy a BMW with money you don't have. Finally, only pursue a career that you really love. It makes the long hours easier to deal with.

JOE: What three things must an entrepreneur avoid in order to be successful in the business world?

Frank McCarty: 1) Listening to those who don’t really know what your idea is about and who want to push their way on you. Only talk to those who have achieved something themselves. He is probably not going to be the guy down the pub.
2) Overspending is a big pitfall for most.
3) Failing to collect money due, don’t give above the normal credit terms.

The #entrepreneur 's challenge, to remain resolute in the face of relentless negativity http://t.co/BGnSj2qU7W pic.twitter.com/n3RG4ZJOOf

JOE: What is the single best piece of business advice that you have received from another entrepreneur?

Frank McCarty: The most magic message of all comes from the book The Four Agreements by Don Miguel Ruiz:

Always keep you word,
Always do your very best,
Don't take anything personal.

AND the big one…

JOE: What is your favourite story from your life as an entrepreneur? Are there any particular moments that make you laugh whenever you think about them?

Frank McCarty: In the book I talk about a task I took on years ago, which was selling redundant stock. The senior managers who were in charge of the stock were a little peeved I was given the job over their heads as they had failed.

On the first day of meeting, one of them quipped, "why don’t you sell them to Petticoat Lane as that is all their are fit for"? Clearly, he had given up.

I thought to myself, little does he know that's exactly where I will go, and I did with great success! 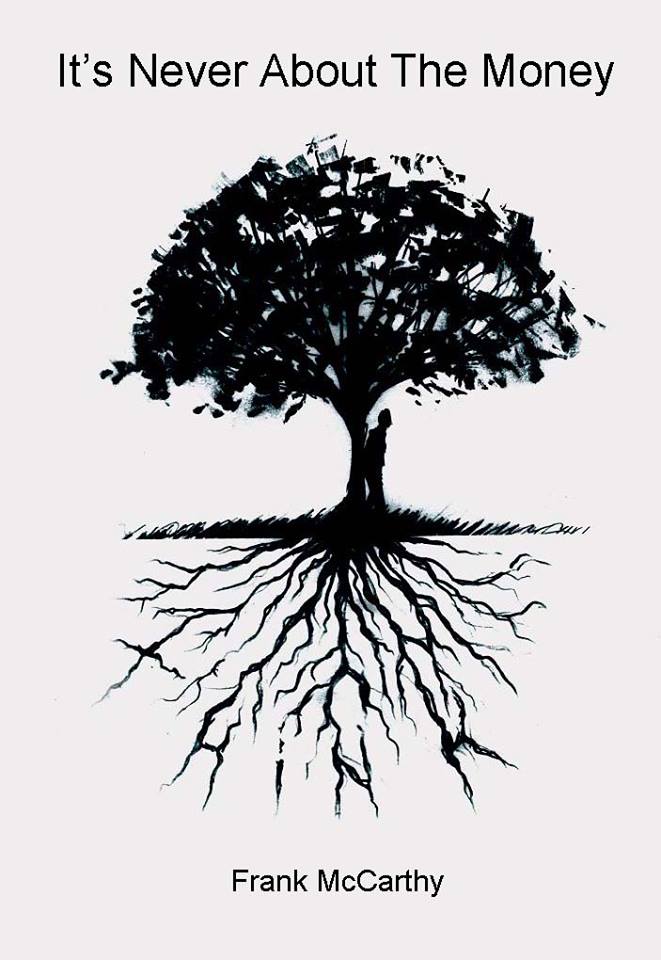 JOE: Why did you decide to write a book aimed towards helping entrepreneurs?

Frank McCarty: I wrote this book for university students, those made redundant, those who desire a new direction and for those who want to take control of their own lives.

JOE: Have you any plans to do more writing in the future?

Frank McCarty: Yes I want to write about Toxic Parents. It's a very serious issue and a big problem that I'd like to look into more.

It’s Never About The Money is on sale in AVOCA shops and all good book stores across Ireland.

popular
The JOE Friday Pub Quiz: Week 243
The original cast for The Fast & The Furious was going to be very, very different
Here are the best movies on TV this evening
Gardaí unveil new all-terrain frontline patrol vehicles for border counties
QUIZ: How many of these characters from The Simpsons can you name?
Thunderstorm warning issued for eight counties
Portobello Plaza will be closed this weekend due to "completely unacceptable" behaviour in recent weeks
You may also like
3 months ago
Amazon set to open first fulfilment centre in Ireland (Report)
3 months ago
Hedge fund requires bailout after Reddit users cause 800% increase in GameStop shares
9 months ago
"We'll be building in Ireland for the first time, next year" - Major solar power project set for Cobh
10 months ago
Half of restaurants in Ireland will close without emergency aid package, restaurants association warns
10 months ago
Freshly-brewed Guinness to be delivered to over 10,000 pubs in Ireland in the coming weeks
11 months ago
Revolut launches Revolut Junior to tailor for 7-17 year olds
Next Page