How will the men from Cork do this year? Here's our preview.

Colours: Home - All Green  Away - White

Cork City are one of the biggest clubs in the country and have always had amazing home support. It's been a while since Cork challenged for the league and they will want to change that sooner rather than later. Leeside legend John Caulfield is the new manager this season and the home fans will be pleased with his appointment as he has Cork City blood flowing through his veins.

Caulfield has made a number of astute signings in the close season which suggests Cork could be a real dark horse this season. Billy Dennehy returns to Leeside after a successful spell with Shamrock Rovers and he is always capable of being a game changer when in form. Liam Kearney has also returned to increase the Cork goal threat as well as the signing of Anthony Elding from Sligo Rovers. The Englishman scored the winning goal for Sligo in the FAI Cup Final (pic below) last season against Drogheda United and will add to the firepower at John Caulfield's disposal

Everything is in place for Cork to make a serious challenge this season and with their incredible home support, nobody will fancy going to Turners Cross. We think they're good enough for a top four finish and perhaps a cup final. 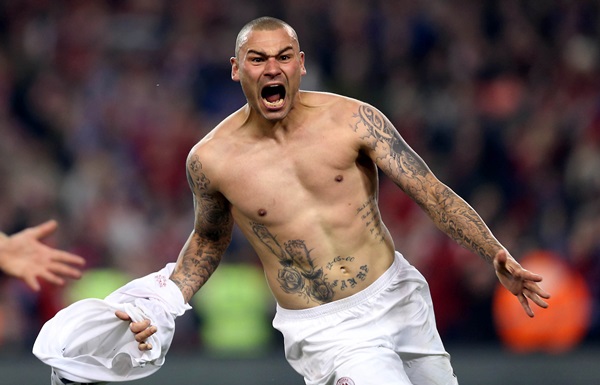 Did You Know?: In 1992 Cork City drew at home with the mighty Bayern Munich 1-1 in the UEFA Cup before narrowly losing the second leg, 2-0

Hopes: Cork will be looking to finish higher than last season's sixth place finish and are more than capable of stringing a good cup run together

If they were a big European club: Athletic Bilbao. A club from an independent republic who have flirted with success over the years and with raucous passionate home support.

popular
Gardaí warning people not to make unnecessary journeys in anticipation of Storm Barra
Man dies after being attacked by newly calved cow in Mayo
Carlow woman banned from keeping animals for life after starving dogs to death
An underseen Keanu Reeves adventure is among the movies on TV tonight
The JOE Movie Quiz: Week 131
"Danger to life" risk with Storm Barra "weather bomb", warns Met Éireann
This new rom-com about writing a Christmas #1 is absolutely going to make you cry (in a good way!)
You may also like
1 week ago
Bohemians condemn "deplorable actions of a tiny minority" after violent fan clash
1 year ago
Gardaí seize goods in League of Ireland match fixing investigation
2 years ago
WATCH: This end-of-season League of Ireland montage is exceptional
2 years ago
It just got MUCH easier to watch goals and highlights from the League of Ireland
3 years ago
Paddy Power and Boyle Sports suspend betting on Airtricity League clash due to unusual betting activity
3 years ago
League of Ireland players pay tribute to young Bohs fan who sadly passed away
Next Page