We’re not sure that this Premier League footballer is really forgotten. We doubt any Leeds United fan will ever fail to recollect the name of Tomas Brolin.

He arrived with a hefty price tag and left with a hefty frame, and his reputation as a highly-respected international striker down the drain.

We have featured Marco Boogers and Winston Bogarde here in previous weeks, but Brolin right up there as one of the most derided players in Premier League history, something a quick Google search will confirm if you don’t believe us.

And yet when he signed at Elland Road, things looked oh so different. Since the 1990 World Cup he had been one of the most prized strikers in the game, helped in no small part by bagging a goal against Brazil in Italia '90 as a fresh-faced 18 year-old.

Two years later English fans saw first hand his potential, forming a deadly partnership with Martin Dahlin and scoring a late winner during the group stages of Euro 92. Two years later he was a key member of the team that finished third in the World Cup while he was holding his own at an impressive Parma side that was challenging for honours both domestically and in Europe.

When Parma forked out to sign Hristo Stoichkov , and Faustino Asprilla also at the club, Brolin looked for a new challenge. Howard Wilkinson had Leeds fans rejoicing when he spent £4.5 million in November 1995 to bring the Swede, who had begun to play in a deeper role in Italy, to Elland Road.

Initially signed to sit behind Tony Yeboah, injury meant he spearheaded the attack, before being shifted to the wing.  A  problem that he was more than a little unhappy with. 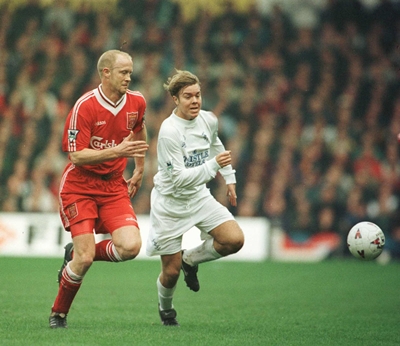 That self-proclaimed "piss-poor" performance against Liverpool

He bagged two goals against West Ham from a wide right position, but was told this was a stop-gap measure with a lengthy injury list. When he was named there again for a game against Liverpool, he was more than a little miffed, and admitted to taking drastic action.

“At Leeds I was going to run up and down the right like an idiot. That wasn't me. So I decided … I was going to be piss-poor against Liverpool,” he conceded in a later interview.

He admitted to being “rubbish”, but a 5-0 scoreline suggests his colleagues weren’t much better. Things never improved for the Swede after that and he only ever started one more league game for the club, but he has said that his reputation has been grossly exaggerated.

“Everyone thinks I was rubbish all the time at Leeds but there you can question the journalists. Against West Ham I scored both goals and was voted man of the match. The fans were singing my name,” he said.

All the sitting on the bench did little for his figure, which became another stick with which to beat him. Needless to say he quickly fell on the wrong side of Wilkinson, but even the arrival of George Graham couldn’t change his fortunes as the Scot was “an even bigger idiot” according to Brolin.

He spent a lot of time in his homeland, had a brief spell in Zurich and also trained with his former club Parma before he decided to travel on Leeds’ pre-season tour in the summer of 1997. However on the way to the airport, a bird flew into his window screen , and he didn’t make the flight. Media reports of driving into an elk were a little wide of the mark, but it made for comical press coverage in England.

Graham was furious when he did finally arrive and pretty much banished him from the club, even his free access to Elland Road was revoked. The manager also confiscated his passport, though he did manage to return to Sweden, something that could not possibly happen in a post 9/11 society.

In the end, Crystal Palace took on the now rather heavier Brolin in November 1997, where he played in 15 games for the club without scoring. His final professional game was against Man Utd, while he also started  against Leeds, but was injured just five minutes into the encounter. 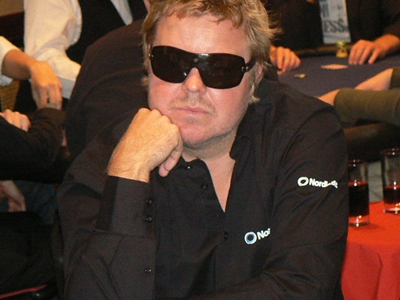 He quickly became a businessman upon retirement and opened up an Italian-Swedish restaurant, while since 2006 he has been an active player on the World Series Poker Tour.

For a figure of ridicule, it is easy to forget that he has appeared in two World Cups, scored 27 international goals and won honours in Sweden and Italy. Just don’t mention that to any Leeds United supporters.

popular
Aer Lingus warns customers flying on Friday afternoon to check in at the airport
Lidl to launch its second 'reverse vending machine' in Ireland next week
The JOE Friday Pub Quiz: Week 296
Lidl announce a massive warehouse sale for one weekend only
Dublin's sixth 24-hour bus route launches today
QUIZ: Can you get top marks in this progressively harder capital cities quiz?
The 50 most iconic songs of all time* have been revealed
You may also like
5 years ago
WATCH: This video showing 'hand-rolled ice cream' in Dublin is mesmerising
5 years ago
There's a new app that helps people find any food, drink or product they're looking for, locally
5 years ago
5 reasons why your business should 'pop-up' at one of Dublin's busiest stations
5 years ago
JOE BUSINESS: 3 great reasons you should pop-up in Dun Laoghaire this summer
6 years ago
This new app will help you keep track of the Luas strikes
6 years ago
TWEETS: Mixed reaction as Joan Burton steps down as leader of the Labour party
Next Page