Another intriguing round of matches lie in store this weekend. Can the North London clubs keep up their early season form, will United get back on the horse and can Sunderland possibly get any worse?

The first game of the weekend is arguably the most eagerly anticipated. It’s second plays fourth in the table at White Hart Lane and it sees former colleagues Jose Mourinho and AVB go head-to-head.

The comments leading into the game have left people in no doubt that the two don’t see eye to eye anymore and the action on the pitch threatens to be just as feisty.

History is not on Tottenham’s side with three wins in 42 Premier League games and no wins in their last six against the Blues and they have been solid if not spectacular in their opening five games. Chelsea too have been far from their best and Ramires looks doubtful for the London derby, while Juan Mata is expected to take his place again among the substitutes, if he even makes the bench.

Fresh from their cup drubbing at the hands of Spurs, Villa face the daunting challenge of a City side coming off the back of an emphatic derby victory.

The home side had their shorts pulled down literally and metaphorically midweek, and to add insult to injury, will be without their top scorer Christian Benteke for six weeks.

City have won the last four encounters, Pellegrini’s side have scored 12 goals in their last three games and conceded just one and it could be a difficult afternoon for the Villa Park faithful.

Languishing in the relegation zone, three points for Fulham would be just the tonic against a Welsh side that can count themselves unlucky to lose last time out in the league to a late Spurs winner.

Cardiff sit just a point ahead of the Cottagers but will fancy their chances of leaving with something against a side that have kept just one clean sheet in their last 17 games at Craven Cottage.

If asked at the start of the season, Steve Bruce would gladly have taken seven points from their opening five games in the league, a run that sees them sit mid-table after coming off an away win at Newcastle. 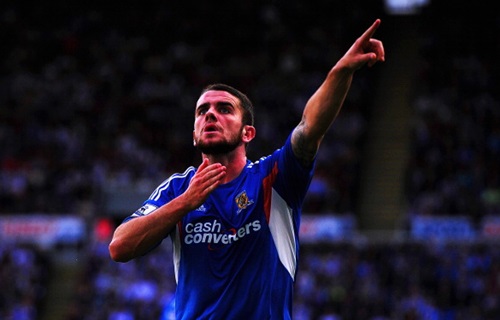 Few Irish players are playing better at the moment

Robbie Brady has been the star of the show so far and will be looking to keep up his impressive form against a side with just three away wins in their last 20 games in the Premier League.

West Brom will step out at Old Trafford against a side keen to atone for last weekend’s heavy defeat against City. The win over Liverpool in the cup will have lifted the mood, but a good showing in front of the home supporters will be the least David Moyes expects.

With uncertainty over RVP, Javier Hernandez could start again after his goal-scoring exploits midweek as United look to improve on their stuttering early season form.

The Baggies too have started slowly, but will have taken great solace from their 3-0 over Sunderland to effectively end Paolo Di Canio’s reign. They have not beaten United since 1984 and most neutrals wouldn’t mind a repeat of last season’s 10-goal bonanza.

The Saints are in seventh heaven in the league, but despite the lofty position, they have not won at St. Mary’s since last March. They do, though, go into the game buoyed by last weekend's unexpected win at Anfield.

Palace, for their part, have struggled, though Ian Holloway comes back onto the sideline after his recent ban. Only Sunderland keep them off the foot of the table and they will find the going tough against a defence that has conceded just two goals this term.

Arsenal travel to Wales hoping to extend their lead at the top of the table and in Giroud, Ozil and in particular Aaron Ramsey, possess some of the in-form players in the league so far.

Michael Laudrup made 10 changes midweek in the cup with this game in mind, though captain Ashley Williams is a doubt. The Swans have a decent record against Arsenal since achieving promotion, but this will be a real test of their abilities.

Currently mid-table, Mark Hughes will be reasonably happy with Stoke's progress at this early juncture. Away defeats to Arsenal and Liverpool were balanced with two wins and a draw against Manchester City.

Norwich have just the one win so far and are in danger of losing three on the spin. Leroy Fer has been a good addition to midfield and the Canaries will hope for an improvement on last season’s 1-0 defeat in the corresponding fixture.

The beach ball incident will always stick out in this particular fixture and how Sunderland would crave a similar victory. Things are pretty grim on Wearside at the moment. Manager-less, winless, bottom of the table and just one point and three goals to their name.

Liverpool, for their part, have had a disappointing week, a home reversal at Southampton followed by another defeat at Old Trafford and Brendan Rodgers will want his team to quickly get back to winning ways. 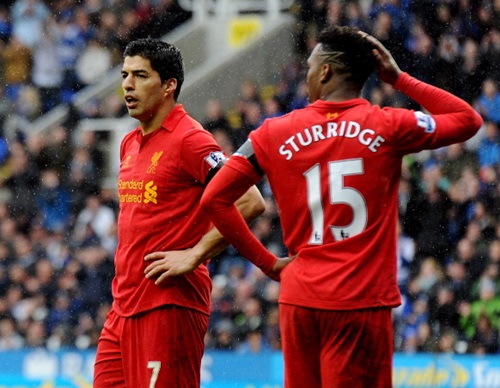 Could be double trouble on Wearside

Daniel Sturridge and Luis Suarez will get their first Premier League outing together as a pair, while Jordan Henderson and Simon Mignolet will return to their old stomping grounds.

The Monday night game sees Everton take on a typically inconsistent Newcastle outfit at Goodison. The Toffees have won two on the bounce in the league, thanks, last time out, largely to two wonder free-kicks from Leighton Baines.

Newcastle lost to Hull last weekend and after a shocking opening day defeat to City, picked up seven points in the subsequent three games. Last season’s game was a cracking 2-2 draw and the way these teams attack, and Newcastle defend, we expect plenty of goals.

BullorBear Leagues is a completely new online football betting game, which allows players to set up and run their own personal football predictions league.

You go up against your mates to take down the pot and all the bragging rights that go with it!

Your friends, your game, your league!

popular
The JOE Movie Quiz: Week 166
QUIZ: Test your skills to the limit with this General Knowledge Quiz
The JOE Friday Pub Quiz: Week 306
Family of Ashling Murphy share heartbreaking tribute at Fleadh Cheoil
QUIZ: Can you score 12/15 in this difficult General Knowledge Quiz?
One of the best Irish films of recent years is among the movies on TV tonight
Man in his mid-20s dies in two vehicle collision in Cork
You may also like
2 months ago
Merseyside police defend ‘exemplary’ Liverpool fans tear gassed by French police
8 months ago
Police issue warning over CCTV footage of Liverpool bomb explosion
8 months ago
Liverpool bomb declared a terrorist attack as police confirm fourth arrest
8 months ago
Liverpool bomb: Taxi driver "locked bomber inside car" after spotting explosives (Report)
1 year ago
Gini Wijnaldum shares his favourite gym exercises for building abs of steel
1 year ago
Armed police close gym near Liverpool after owner refused to shut doors
Next Page