Ulster, the toughest of all the provinces...

It gets underway this Sunday when Tyrone face Down in the preliminary round, with the winner of that one set to face Monaghan in the quarter final. The other last eight ties have been drawn; Donegal v Derry, Fermanagh v Antrim and Armagh v Cavan.

JOE's GAA crew have combined to put together this preview for you...

They're the whipping boys of the province but they'll feel they have a chance in their opening round game away to Fermanagh. The Erne County endured a poorer Allianz League than they would have expected as they only finished 6th in Division Four.

Key Man: Niall McKeever - The ex-AFL man will be hoping his power and athleticism make the difference at the heart of Antrim's play. 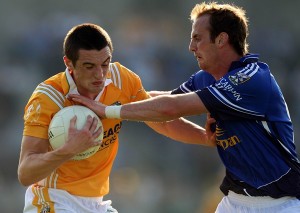 Young Player: Ronan McGrady - He has potential to put up big scores on his day. Used sparingly during the league but he could shine under the summer sun.

World Cup Twin: Costa Rica - Both coastal locations and both have about the same chances of making an impact this summer.

Sky Sports Celebrity Pundit: Brendan Rodgers - The Liverpool manager from Carnlough would be extremely smooth on the box and he even played GAA himself back in the day.

JOE's Prediction: They might get a decent draw in the qualifiers but can't see them going past Round Two.

They were unlucky to be relegated to Allianz League Division 3 as they lost out on a head to head against Galway. Paul Grimley's squad have been hit with injuries so if they manage to get a few back fit they might be capable of a run. 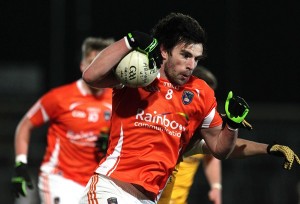 Key Man: Jamie Clarke - A man that maybe needs to find more consistency but he's still a quality player and can be the key man for Armagh this summer.

Young Player: Stefan Campbell - A young forward with bags of potential, he has a good bit of experience under his belt and we think he'll tot up the scores in the next few months.

World Cup Twin: Greece - Not very pretty but can be very effective; it's been a while since either tasted success.

Sky Sports Celebrity Pundit: Oisin McConville - He's very comfortable in a live TV environment and was an intelligent footballer in his day so he's sure to bring that to the table/skypad.

JOE's Prediction: It'll be hard to see them make an All Ireland quarter-final so we'll leave them at Round Four of the qualifiers.

A hugely impressive start to the year as they won seven out of seven and promotion to Allianz League Division Two. They'll hope to emulate last year's run when they got to the All Ireland quarter-final, where they lost to Kerry. Their successful under-21 teams are starting to come through now too so there's reason for optimism.

Key Man: Cian Mackey - Highly influential going forward and backwards, he has the ability to be a real star.

Young Player: Michael Argue - We agree with many others who say this guy could be a midfield lynchpin for many years to come. One of the many that shone at under-21 level. 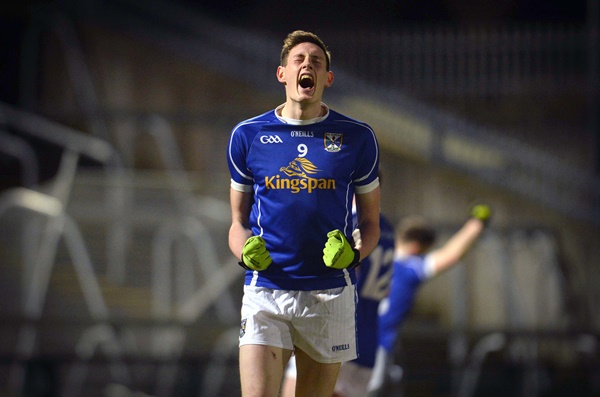 World Cup Twin: Switzerland - Both of them are landlocked and their strength is more the sum of their parts than just the odd individual; could be a surprise package.

JOE's Prediction: It's hard to see them do as well as last year; Round Four of the qualifiers is where we think they'll finish.

Derry were the surprise package of the Allianz Football League, reaching the Division One Final where they lost out to a rampant Dublin. The signs were very encouraging for Brian McIver and they'll be confident they can beat Donegal in their opener in Ulster.

Key Man: Mark Lynch - He was as good as anyone in the league campaign so he'll try and take that form into championship, where he could make himself a household name.

Young Player: Ciaran McFaul - He has shown real maturity in the role of the link man and good vision and passing ability mark him out as one to watch.

World Cup Twin: Colombia - Both big in the early 1990s and are making a comeback...

Sky Sports Celebrity Pundit: Phil Coulter - The proud Derryman isn't going to be anyone's puppet, he'll get to the point and won't just string us along. We all know what to sing to the Derry lads if they win anything...

The majority of stories about Donegal this year have been about off the field matters thanks to Mark McHugh's high profile departure from the panel. The Allianz League campaign finished with promotion back to Division One and though they didn't set the world alight, Jim McGuinness will be happy enough with what he's seen.

Key Man: Michael Murphy - One of the best footballers in the country and a big summer from him may thrust Donegal back into the business end of things.

Young Player: Ryan McHugh - Mark's younger brother has looked comfortable at senior level this year and will make his presence felt this summer.

World Cup Twin: Holland - Rumours of in-fighting surrounded both sides at different times and both have larger than life managers. 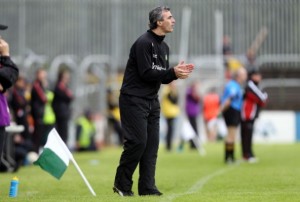 Sky Sports Celebrity Pundit: Daniel O'Donnell - Watch Sky's audience soar when the housewife's favourite gets on the microphone; he might even sing a duet with Marty Morrissey.

JOE's Prediction: We can't see them getting past the All Ireland quarter-finals.

It's probably going to be a difficult season for the Mourne County. Their away form in the Allianz League was poor and they're on the road in the opening round against Tyrone so a trip through the qualifiers looks inevitable. 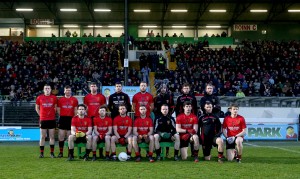 Key Man: Mark Poland - A real classy footballer who's the most creative force available to Down, they need to get him on the ball as much as possible.

World Cup Twin: Portugal - Both sides had their heyday back in the 1960s and have struggled to compete with bigger neighbours since.

Sky Sports Celebrity Pundit: Rihanna - Filmed her 'We Found Love' video there and has reportedly been keeping a close eye on James McCartan's team since; she's also very comfortable in front of the camera.

JOE's Prediction: Exit at Round Three of the All-Ireland qualifiers.

There was some unrest in the camp ahead of this year as Seamus and Sean Quigley made themselves unavailable for selection. A decent 3rd place finish in Allianz League Division Three will give them encouragement and they should beat Antrim in the opening round but it's hard to see them go any further in Ulster.

Key Man: Tomas Corrigan - A corner forward who showed glimpses of real class during the league, including a ten-point haul against Limerick. A capable free-taker. 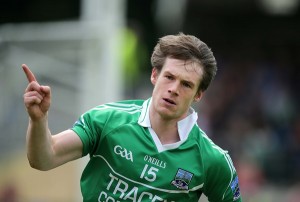 Young Player: Che Cullen - He's been assured in the full-back line when called upon; he should be in the team on June 1.

World Cup Twin: Cameroon - Ah... because they both wear green and stuff...

Sky Sports Celebrity Pundit: Roy Carroll - The ex-Manchester United goalkeeper is our first pick, we just hope he doesn't drop the ball during the analysis. Wahey!

JOE's Prediction: We think they'll get knocked out in Round Two of the qualifiers.

The defending champions will have a tough job on their hands to retain their crown as they're on the difficult side of the draw with a potential route to the final of Tyrone, Cavan and Donegal or Derry. They've had a good season so far, winning Allianz League Division Two with a fairly comfortable victory over Donegal at Croke Park.

Key Man: Darren Hughes - The injury to Conor McManus means so much responsibility falls on Hughes but he's able for it. A consistent performer.

Young Player: Fintan Kelly - One of half a dozen guys who've been really integrated this year, he looks to have a big future in the defence.

World Cup Twin: Belgium - Two up and coming sides who big things are expected of this summer. Can they live up to the expectation?

Sky Sports Celebrity Pundit: Tommy Bowe - We won't hear what he's saying because we'll be too busy being angry at his handsomeness. He'd get the ladies to tune in. 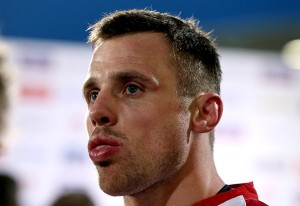 It's Mickey Harte's 12th season in charge and he'll be hoping the early season issues get sorted. They finished 5th in Allianz League Division 1 but the campaign left more questions than answers in terms of the side's style of play. They take on Down in the opening round on Sunday.

Key Man: Sean Cavanagh - He's the easy pick but he's still the main man for Tyrone, capable of driving this team close to a date in Croke Park in September.

Young Player: Kyle Coney - He burst onto the scene a few years back as a hugely talented minor player but has found the step up difficult, largely due to a series of injuries. This could be his year to make an impact.

World Cup Twin: Italy - Traditional superpowers who can never be ruled out. Joe McMahon and Andrea Pirlo could also have an awesome beard off... 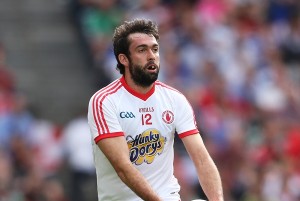 Sky Sports Celebrity Pundit: Darren Clarke - Darren can putt himself up there as a top pundit by driving home his expert views. If he Masters the art, he'll go a fairway to becoming the go to guy fore Tyrone matches.