The only man to have captained the Lions on two separate occasions, Martin Johnson will go down as one of the great leaders in the history of the tour.

Little did we think in 1997 that it would be at least another four tours before another captain would taste success. While we hope that Sam Warburton can match the exploits of Johnson on South African soil 16 years ago, he will do well to emulate his contribution to the British and Irish Lions.

Johnson quickly established himself as a leader in international rugby, part of the England side that won the Grand Slam in 1995, and Ian McGeechan chose the Englishman to lead the side into battle for the 1997 tour of South Africa, one of the most memorable of all-time.

The tourists entered very much the underdogs against the world champions, who had a star-studded team at the time. The cornerstone of the team, clearly highlighted by the fly-on-the-wall documentary Living With The Lions was a huge team ethic and strong bond, with Johnson leading the way in that regard.

He asked no more of others than he would of himself, an attitude that was visible in Ian McGeechan and Jim Telfer, not to mention some of the senior members of the squad. The second Test in Durban, putting the series to bed with a dramatic drop-goal from Jeremy Guscott will live long in the memory. 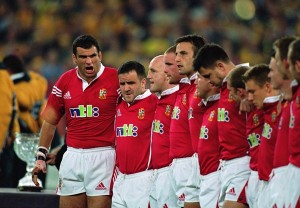 Leading by example in Australia

Testament to Johnson’s skill and leadership was the fact that he was also asked to lead the Lions on the trip to Australia four years later, a remarkable achievement in itself. While defeat was their lot in spite of winning that epic game in Brisbane, he was at the forefront throughout and cemented his place in history.

Since 2001, Brian O’Driscoll, Paul O’Connell and Sam Warburton have been the men chosen to step into rather big boots. A huge achievement for those men personally, though whether anyone will ever lead two separate teams again remains to be seen.

JOE's Lions coverage is brought to you in association with Kelloggs.

The Big Reviewski || JOE · The Big Reviewski with Dune, a mini-Hangover reunion & the best of Timothée Chalamet
popular
Paschal Donohoe confronted on the street by anti-vaccine protestors
Nightlife sector asks for two-week grace period on implementing guidelines
Fresh call for four-day working week from Irish Congress of Trade Unions
One of the best thrillers of the decade is among the movies on TV tonight
Eamon Ryan: Carbon budgets "will require fundamental changes to Irish life"
10 great classic movies coming to Netflix this November
QUIZ: Get the ball rolling with this General Knowledge Quiz
You may also like
1 week ago
Sydney is getting rid of hotel quarantine for tourists
1 month ago
Retail billionaire calls on unvaccinated people to be banned from shopping centres
1 month ago
Rare magnitude 5.9 earthquake hits Australian city of Melbourne
2 months ago
200 people arrested and six police officers hospitalised amid anti-lockdown protest in Australia
3 months ago
Australia introduces lockdowns in Sydney and Darwin to curb spread of Delta variant
4 months ago
US and Australia use 'crime app' to arrest hundreds across 18 different countries
Next Page