Lions Pic of the Day: Simon Zebo and Sean O’Brien rolling in the deep

We know that Simon Zebo was thrown in the deep end somewhat having earned a late call-up to the Lions Tour, we just didn’t think he’d take the term so literally.

The Munster winger was summoned from Ireland’s tour of North America as cover for compatriot Tommy Bowe Down Under and having only arrived in Australia, he could be pressed into action as early as this weekend against the NSW Waratahs.

While that would represent being thrown in at the deep end from a metaphorical perspective, Zebo was literally throwing himself in at the deep end during a recovery session in the pool for the Lions in Sydney today, bringing Sean O’Brien with him for company. 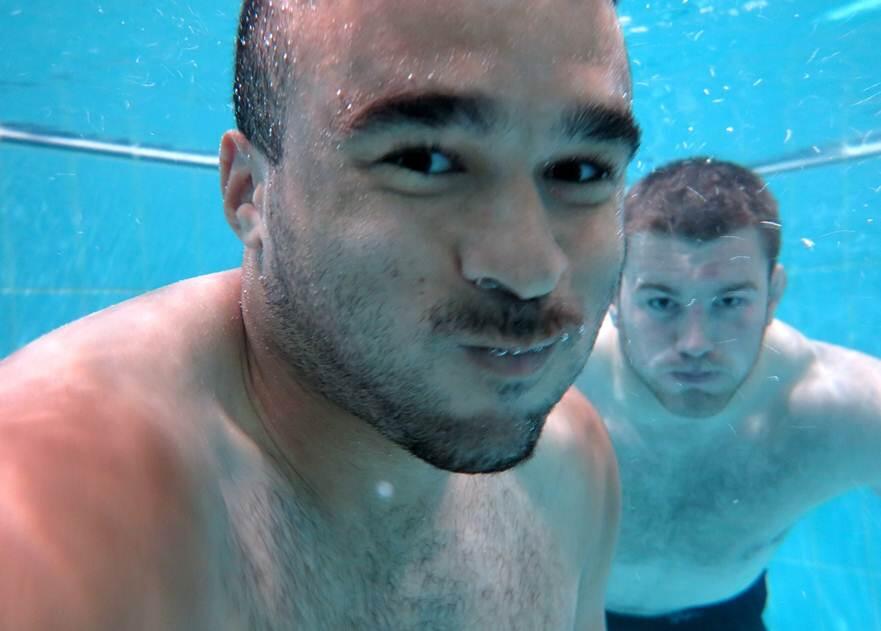 The picture is very similar to ones you may have come across of divers that take pictures of themselves unaware that a great white shark or a similarly fearsome creature of the seas is lurking ominously in the background, but the sight of Tullow Tank is equally if not more scary than that.

The Big Reviewski || JOE · The Big Reviewski with Dune, a mini-Hangover reunion & the best of Timothée Chalamet
popular
WhatsApp to stop working on 53 phone models, including iPhone 6
Updated Status Orange warning issued for three counties as heavy rain to continue
New true crime documentary series from Netflix looks gripping
Clashes between protestors and private security as tenants removed from Dublin property
PICS: The man with the biggest penis in the world has one unbelievable problem with it
The 50 most iconic songs of all time* have been revealed
Alec Baldwin could face criminal charges over fatal film set shooting
You may also like
22 hours ago
Australia to ease travel restrictions for fully vaccinated people
1 week ago
Sydney is getting rid of hotel quarantine for tourists
1 month ago
Retail billionaire calls on unvaccinated people to be banned from shopping centres
1 month ago
Rare magnitude 5.9 earthquake hits Australian city of Melbourne
2 months ago
200 people arrested and six police officers hospitalised amid anti-lockdown protest in Australia
4 months ago
Australia introduces lockdowns in Sydney and Darwin to curb spread of Delta variant
Next Page