Martin O'Neill talks up the positives following defeat to Turkey

We are guessing now that Martin is a glass half full kind of manager and that's okay with us.

Ireland were defeated at home 2-1 for the second successive game last night, but manager Martin O'Neill preferred to look at the positives following the defeat at the hands of Turkey.

“I thought we created a lot of chances in the game and I genuinely don’t know how we lost the match. A combination of poor finishing and some great saves was part of it but we should have had the game out of sight at half-time. 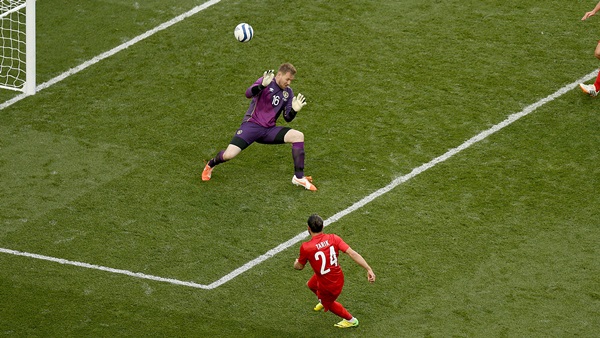 "I was just saying in the dressing room there are big moments in the half where you have to defend stoutly. When those big moments come, you have to be stronger but we’ve conceded two goals tonight when, I think, there should have been less danger."

On the missed chances:

"I have said to the boys in the dressing room that any player who can score a decent quota of goals must be worth about £134million, so why not be one of those players? Just go and get yourself into positions and get a few goals. It's pretty difficult, but it's not absolutely exceptionally difficult."

On Man of the Match, Wes Hoolahan: 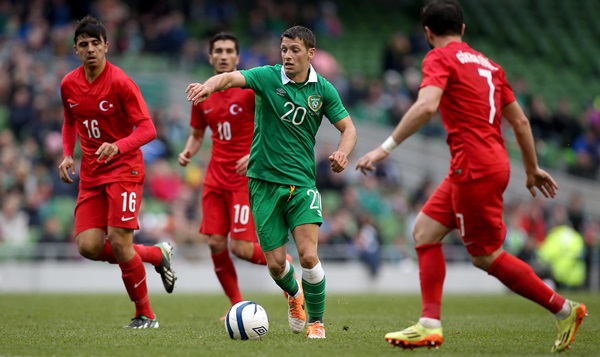 "I thought little Hoolahan played brilliantly for us. He tried to create things for us during the course of the game. Sometimes some big boots come in and shove him off the ball a little bit, but overall he showed a great determination and great ability to try to manoeuvre it. He was excellent for us."

On the official attendance of just over 25,000:

“I was actually delighted with the crowd. It’s hard-end money they’ve parted with.”

So, there you have it. Ireland have another friendly this Saturday in London against Italy and O'Neill will be happy to work with the squad this week... and maybe have them practise some finishing!

popular
Netflix has just added an incredibly tense 97-minute thriller
A county-by-county breakdown of the average rent in Ireland as rent inflation reaches record high
Nearly 100 flights delayed at Dublin Airport on Monday
18 counties hit with weather warning as temperatures set to reach 29 degrees
WhatsApp introduces way to choose who can and can't see you're online
QUIZ: Can you get top marks in this short but tricky Irish geography quiz?
Top 100 stores and five friendliest places in Ireland chosen by Retail Excellence
You may also like
2 years ago
COMPETITION: Win four tickets to Republic of Ireland v Denmark
3 years ago
“Shane Duffy is right now everything for Ireland. His defence keeps us in it & when Denmark score, who steps up?”
3 years ago
Read John Delaney's full opening statement to Oireachtas Committee
3 years ago
The Football Spin on change at the FAI, Declan Rice's smart move and why Ireland fans should be angry
3 years ago
The Football Spin Heartbreak Valentine's Day Declan Rice Special
3 years ago
"You cheeky bollocks!" - The key takeaways from Mick McCarthy's first press conference as Ireland manager
Next Page