Monday Morning Corner Back: O'Hara tears into Walsh,O'Briain on the Sunday Game and prediction woes

The Sunday Game reached all sorts of new heights, Sligo endured a torrid day at the office and we make a frankly brutal start in our bid to pick winners.

The Sunday Game never fails to entertain, annoy, bemuse or baffle, often in the same segment. Like it’s not-too-distant cousin, The Late Late Show, it seems most people watch it just so they have something to give out about.

But it can’t be beat it for setting the GAA agenda and spicing up your Sunday night. Here’s just a few of the things covered on the show last night;

A graphic mix up led to Colm Cooper playing for Donegal

The blanket defence was discussed for the 5,000th time

But most bizarre of all was the moment when Des Cahill read out a Dara O’Briain tweet congratulating London. This was followed by a number of tweets from the man himself who has now vowed to try and get a tweet read out each week on the show. We already can’t wait for next week’s show. 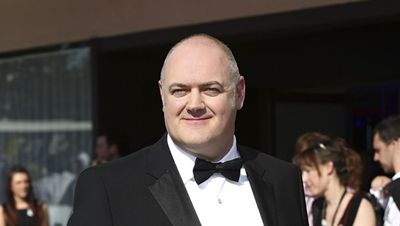 For as long as we can remember we have heard the phrase ‘they will catch someone out someday’ about the London footballers. After two very near misses with Mayo and Leitrim the Exiles finally bagged a win yesterday after a 36-year wait.

The path to a potential Connacht final is now open to Paul Coggins’ side, if they can beat Leitrim in a few weeks. But while the summer has now opened up for London, the future is as black as their shirts for Sligo.

A tough season in Division 3 wasn’t the most inspiring and the injury to David Kelly was another blow to Kevin Walsh’s side. He also lost Eamonn O’Hara to the analyst’s chair in Montrose and that is the big news today as O’Hara tore into his former boss on the Sunday Game last night.

Video of O’Hara’s analysis is yet to surface but a few choice quotes, posted on HoganStand, should give you some idea if you missed it.

"No-one even is being held accountable to this. We got to a Connacht final last year. We are papering over the cracks. I think going forward Kevin should make the right decision for the sake of Sligo football and not for anybody else."

An ex-player having a few low blows or correct analysis of the ills of the Yeats County? Public opinion appears to be split, but it is interesting either way.

As part of the all new JOE GAA Prediction League with experiencemore.ie (click here to enter) we gave a full list of predictions for each game of the football championship this weekend. We got the first two right (Cork’s crushing of Limerick and Kerry’s batting away of Tipp) and we thought we had this prediction lark off to a tee.

Fast forward a few hours and we saw each of the four games go against us. We fancied Tyrone to break the Donegal hoodoo (nope), we thought Longford had progressed enough to emerge from Aughrim with a win (nope), we expected Laois to be able to cope with Louth (very nope) and even though we genuinely did think about a London shock, we couldn’t bring ourselves to pick them over Sligo (NOPE).

As a start to our campaign, we’ve had one almost as bad as Galway, Laois and Sligo combined. Things, as they say, can only get better. You can surely do better than us, so join our League here.

The Big Reviewski || JOE · The Big Reviewski with Ray Liotta, Goodfellas facts & Tom Hanks making us cry
popular
EU lorry drivers vow not to help UK get “out of the s**t they created themselves”
Netflix has just added arguably the very worst movie of the last decade
Four major employers join forces to create Ireland’s first remote working alliance
Up to 90% of petrol stations in the UK have run dry
Gardaí appealing for witnesses after body of man in his 20s found in Dublin's Grand Canal
Here’s what graduates from Irish colleges can expect to earn in the workplace
An Oscar-worthy Margot Robbie performance is among the movies on TV tonight
You may also like
5 years ago
WATCH: This video showing 'hand-rolled ice cream' in Dublin is mesmerising
5 years ago
There's a new app that helps people find any food, drink or product they're looking for, locally
5 years ago
5 reasons why your business should 'pop-up' at one of Dublin's busiest stations
5 years ago
JOE BUSINESS: 3 great reasons you should pop-up in Dun Laoghaire this summer
5 years ago
This new app will help you keep track of the Luas strikes
5 years ago
TWEETS: Mixed reaction as Joan Burton steps down as leader of the Labour party
Next Page