Lets hope he doesn't make a bid to take over...

It's been a pretty terrible week for Manchester United following their humiliating 4-0 defeat to MK Dons in the Capital One Cup. We must think of the poor supporters though, they've been getting a level of abuse that they haven't been subject to in over 20 years so it must be a tough time for them.

United are a global brand with millions of fans around the world and if reports are to be believed, their popularity has even reached North Korea. 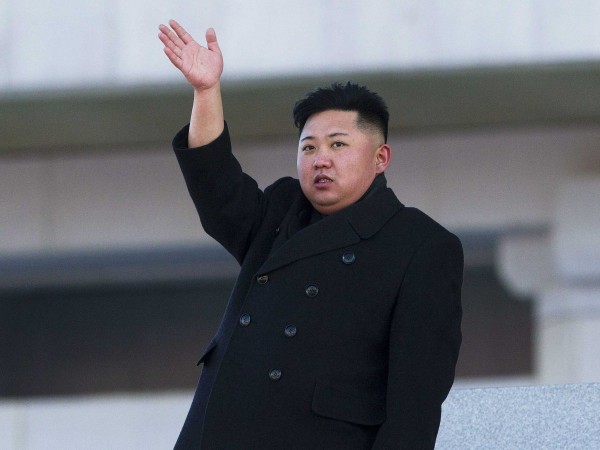 And according to reports, his love for United is something he now wants to share with the rest of his country. North Korea has very strict policies on the media, and only what has been sanctioned by the state can be searched for online, listened to or seen on TV but Jung-Un is such a fan of the Red Devils that all of United's games will be broadcast on state TV.

Other shows available to North Koreans include programmes on how to ride a horse and how to play golf. Maybe MUTV should follow suit and make a show called how to defend against League One opposition.

popular
Welder awarded €15,000 for unfair dismissal despite admitting to drinking alcohol before work
Netflix has just quietly added 30 big movies to its library
One woman dead and four injured after separate crashes in Clare and Mayo
10 years ago today, the scariest movie ever made (according to science) was released
Amazon Prime Video has just added 37 big movies to its library
Netflix reveals full line-up of new shows and movies arriving in October
Man in his 40s dies following assault at funeral in Kerry
You may also like
4 months ago
BBC trainee accidentally posts message mocking Man United live on TV
1 year ago
COMPETITION: WIN a copy of Eric Cantona's new Manchester United documentary, The United Way, on DVD
1 year ago
Manchester United documentary written by Eric Cantona available to watch at home in Ireland this May
1 year ago
Marcus Rashford launches book club to help kids experience 'escapism' of reading
1 year ago
Paul Pogba releases powerful statement in response to 'fake news' from The Sun
1 year ago
The JOE Pub Quiz: Week 214
Next Page