Now Is A Good Time… To Laugh

For today’s daily laugh, as brought to you by the good folk at Bulmers, we’ve decided to go for everyone’s favourite Irish impressionist Mario Rosenstock.

You might not recognise the voice of Mario Rosenstock if you heard it, but you’d definitely know his impressions if you’ve listened to the Ian Dempsey breakfast show on Today FM since 1999.

Mario is a regular on the show and his comedic impersonations of famous celebrities, sports personalities and politicians – Keano, Bertie, Michael Flatley and Padraig Harrington, just to name a few - make him a favourite of ours here in the office and we’re sure you'll agree.

However, Mario doesn’t just sit behind a microphone in a dark and dusty radio studio. He often appears on screen in character, like the time he went on The Late Late Show as Michael Flatley (see below) and he’s performed on stage on many different occasions.

Mario’s impersonations have served him well over the past 10 or so years, and we hope to hear a lot more from him in the future. For now, we’ll leave you with one of his more memorable skits – Fergie's dressing room outburst. 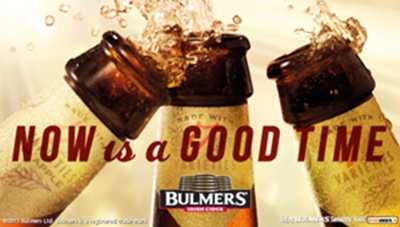 popular
Netflix has just quietly added 12 big movies to its library
Gardaí deny asking Cork shop to stop selling Animal Bars
HSE urges public to stop using popular e-cigarette
Wagatha Christie: Rebekah Vardy storms out of court just 30 minutes into final day
Man dies after being struck by lorry in Tipperary
The 50 most iconic songs of all time* have been revealed
QUIZ: Can you name all the US States that contain 8 letters?
You may also like
1 week ago
REVIEW: Magic Goes Wrong is incredibly dumb, but in the best possible way
2 weeks ago
Dave Chappelle attacked on stage during Netflix stand-up show in LA
3 weeks ago
Derry Girls creator admits she was nervous about some jokes in the new season
1 month ago
One of the best (and most important) stand-up comedy specials in years is now available to watch at home
1 month ago
Some of the very best TV comedies of all time have just been added for home streaming
1 month ago
Chris Rock finally makes jokes about Will Smith's Oscar slap
Next Page