He’s finally found a stage befitting of his talent…

When an individual’s Wikipedia page is tampered with – and it’s a fairly common occurrence – normally it is to the detriment of the person involved, usually to poke fun at them or to criticise them for something that happened in recent history.

If Paul McShane had his way, he’d probably never change the Republic of Ireland national football team page on Wikipedia as it exists at the time of writing, as it lists his club as Barcelona and not Hull City as most people would assume. 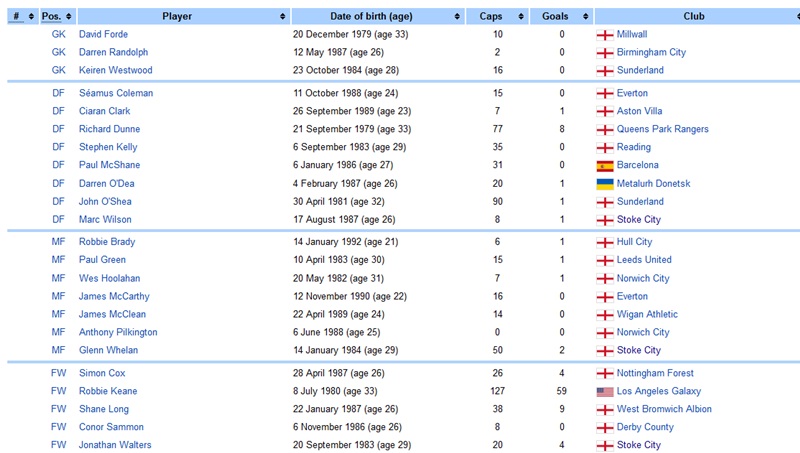 Some people forget that McShane started out with Manchester United so the prospect of him moving to Barcelona wouldn’t have seemed so outlandish when he was a young lad, but we can’t see him troubling Dani Alves for the right back spot anytime soon.

Fictitiously or not, it still looks nice to have your name associated with Barcelona all the same and because the page will be corrected sooner rather than later, Paul can always look back at the screen grab above and dream about what might have been.

popular
Man arrested on suspicion of the murder of Irish man in London
Here's how to make €9-11 on Revolut in just a few minutes
New car-free town with population of 85,000 set to be built in Dublin
Galway City Council street cleaners claim Lotto jackpot worth over €5.5 million
Elderly Irish man stabbed to death on mobility scooter in London
QUIZ: Can you name all the countries beginning with A?
Articulated lorry driver in his 20s dies in Tyrone
You may also like
3 years ago
Barcelona's Sagrada Familia finally receives building permit after 137 years
3 years ago
COMPETITION: Design a One4all Gift Card & win a trip to Barcelona
3 years ago
Train carrying 150 people in Barcelona derails, killing one and injuring six
3 years ago
Trains in Barcelona's main station evacuated following reports of a "luggage bomb"
4 years ago
WATCH: Ryanair passengers in Barcelona escape on emergency chute after a phone caught fire just before takeoff
4 years ago
WATCH: Lionel Messi really enjoys making his dog look silly
Next Page