Bayern Munich boss Pep Guardiola has revealed in his latest book that he would like to become manager of Manchester United at some time in the future.

Roy Keane isn't the only major footballing figure with a new book as former Barcelona manager Pep Guardiola has also released a new book chronicling his first full season as manager of German giants, Bayern Munich. It was written by his close friend, Marti Perarnau and we can only assume that Marti is a Spanish Roddy Doyle. 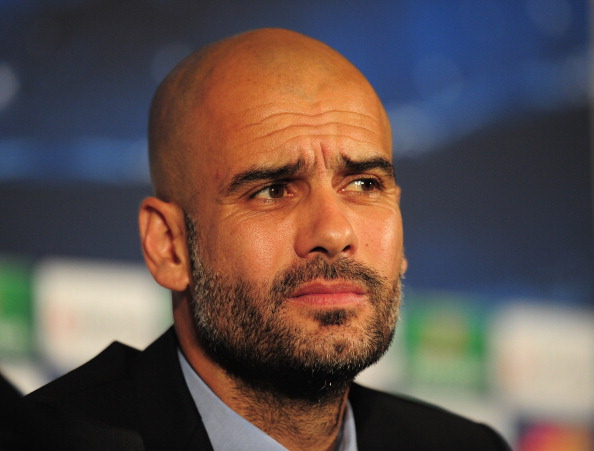 Perarnau was given full behind the scenes access at Bayern and most of the back pages today feature one particular chapter in the book where Guardiola visited Old Trafford on a scouting mission. He allegedly turned to his close friend and said: "I like this atmosphere. I could see myself coaching here one day.”

The book also tells us that he turned down offers from both Chelsea and Manchester City before taking the job in Munich. Pep is widely regarded as one of the best coaches in the game and it'll be nice for United fans to hear that if the Louis van Gaal project doesn't work out, there might be some light at the end of the tunnel in the form of Guardiola. Some day. Maybe.

The Big Reviewski || JOE · TBR Spotlight: Loki - Episode Two - 'The Variant'
popular
The JOE Friday Pub Quiz: Week 248
Three men arrested after reportedly attacking staff of premises on South William Street
QUIZ: Can you name all these European countries from a list of cities?
WHO plan calls for preventing women of "childbearing age" from drinking alcohol
One of the most tense thrillers of the last ten years is among the movies on TV tonight
The 50 most iconic songs of all time* have been revealed
Taoiseach Micheál Martin calls for "calm heads" after Edwin Poots resignation
You may also like
1 month ago
COMPETITION: WIN a copy of Eric Cantona's new Manchester United documentary, The United Way, on DVD
2 months ago
Manchester United documentary written by Eric Cantona available to watch at home in Ireland this May
7 months ago
Marcus Rashford launches book club to help kids experience 'escapism' of reading
7 months ago
Paul Pogba releases powerful statement in response to 'fake news' from The Sun
7 months ago
The JOE Pub Quiz: Week 214
9 months ago
Harry Maguire gives his version of events in Mykonos in TV interview
Next Page