Pic: A pub in Limerick is still rubbing Sunday’s victory in Tipp’s faces

Limerick hadn’t won a Championship game in six years before last Sunday and some of their fans are obviously determined to milk it for all its worth.

The Treaty men got the better of the Premier in a cracker at the Gaelic Grounds on Sunday and you could tell from the joyous reaction of the Limerick contingent present just how significant a victory it was.

While a big win like that gives a great deal of satisfaction, it also provides fans of the winners with the opportunity to rub it in the faces of the opposition, as was the case in Scoby’s Bar in Hospital in Limerick, who had this cutting message on a sign outside the premises after Sunday’s game. 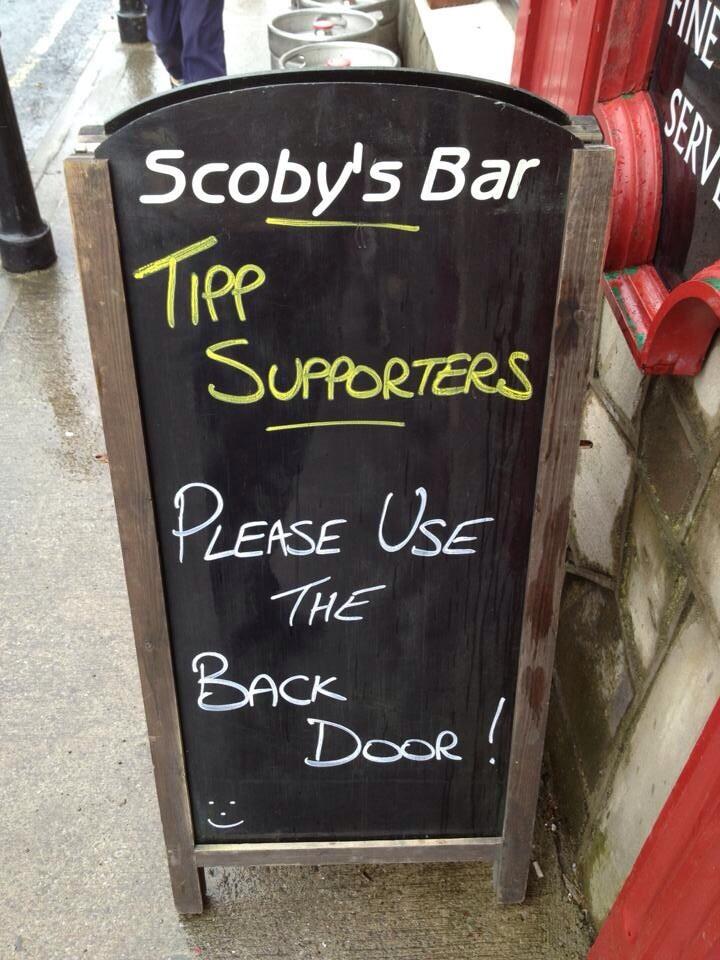 You've won this round Scoby's and Limerick, but it's a long summer ahead...

Hat-tip to Eamon Walsh for sending this one into us

popular
QUIZ: Can you name all the counties in Ireland without the letter 'E'?
Road Safety Alert issued as high temperatures continue across Ireland
Nearly 100 flights delayed at Dublin Airport on Monday
WhatsApp introduces way to choose who can and can't see you're online
QUIZ: Can you get top marks in this short but tricky Irish geography quiz?
RTÉ tries to solve Michael Collins murder in new documentary
Public urged to conserve water as around 60 areas at risk of supply shortages
You may also like
2 weeks ago
Man and woman in their 30s dies in two vehicle collision in Limerick
2 weeks ago
Gardaí investigating death of woman in unexplained circumstances in Limerick
2 weeks ago
Man arrested following number of assaults of a woman in Limerick
4 weeks ago
36 vacant properties nationwide to be re-developed into community hubs
1 month ago
Cyclist in his 50s seriously injured in hit-and-run in Limerick
2 months ago
Man (20s) dies after single-vehicle collision in Limerick
Next Page