Pic: Another day, another Home and Away star snapped with the Mayo colours

Donegal are being absolutely savaged in the PR war ahead of Sunday’s big game.

In the run up to last year’s All-Ireland final, there was little to choose between Mayo and Donegal when it came to which set of fans was the most enthusiastic.

We were sent in songs, crazy fan pictures, painted cars, painted sheep, painted sheep who were fans, fans painted as sheep, you get the idea. It was nuts. And equally nuts on both sides.

Perhaps winning Sam has taken the edge off of the Donegal support as we are being inundated with Mayo madness with little to no sign of any similar stuff from Donegal.

Today brings yet more of it from the west as hot on the heels of Home And Away’s John Palmer posing with a Mayo flag yesterday we have evidence of another Summer Bay resident who is backing the Mayo for Sam campaign. 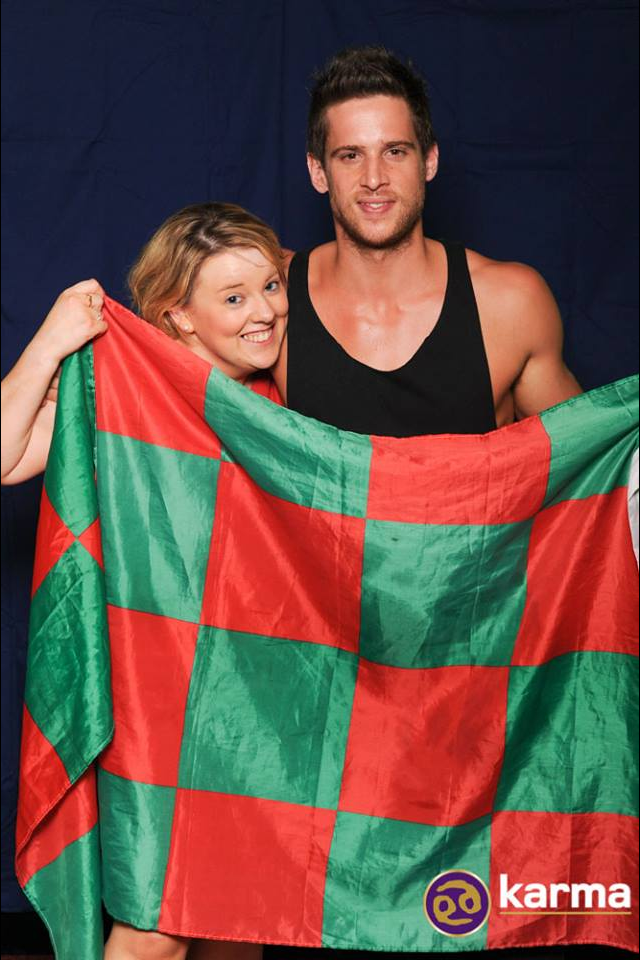 Here’s Dan Ewing, Heath Braxton to you and me, posing with Aisling Carey and the Mayo colours. Fair play to Aisling for bringing a giant flag to a nightclub. That’s just the sort of commitment required to end 62 years of hurt. And thanks to your friend Louise Ruddy for sending in.

Over to you Donegal...

popular
One of the best movies of the decade has just been added to Netflix
Starbucks worker breaks down in tears after they're scheduled to work 8 hours
Cristiano Ronaldo 'agrees £173m-a-year deal' with Saudi club
The latest Star Wars episode is directly based on an IRA funeral
Man dies after falling into wood chipper outside Christmas lights display
20 years ago, one of the best sci-fi movies of the 21st century was a box-office bomb
One of the scariest films of all time is among the movies on TV tonight
You may also like
1 month ago
Brendan Óg Duffy's father speaks powerfully about his son's death
1 month ago
Gardaí investigating alleged assault on under-9 GAA player at children's sports event
2 months ago
Roscommon GAA confirms investigation into alleged assault on referee during juvenile game
4 months ago
Looking for a hotel room for the All-Ireland Final weekends? It won't come cheap...
5 months ago
Taoiseach condemns "disturbing" fight at Galway v Armagh game
6 months ago
The 2 Johnnies share unbelievable catfish ordeal affecting over 40 people
Next Page