That’s 500 stickers in total and not a sign of poor Joel. That’s gotta hurt.

Kids and adults alike get giddy at the sight of football sticker albums, particularly in the lead-up to a tournament as big as the World Cup, but all of us know the gut-wrenching feeling when the one player we’re looking for isn’t in the packet and Joel Campbell knows that more than anybody right now.

The Arsenal striker, who is currently on loan at Olympiacos and scored a cracker against Manchester United in the Champions League a while back, will be heading to Brazil as part of a Costa Rica side that are 2,000/1 (only Honduras are quoted at longer odds) to win the tournament outright.

As excited as any fan about this prospect, Campbell went and bought 100 packets of stickers (500 stickers in all) for the Panini World Cup sticker album, which you would imagine would give him a decent shout of finding himself, considering that when all of the squads are eventually named there will be 736 players travelling to Brazil with the 32 competing nations.

That line, according to Google Translate at least, reads: 100 envelopes and I did not find #BadLuckCampbell

According to the Daily Mail, however, there are only 640 stickers in total, meaning that Campbell really was sh*t out of luck, but Panini assured him that he is in there (one of 17 Costa Rican players) and, good folks that they are, even offered to send him on his own sticker.

@joel_campbell12 You're in there; we promise! Let us know if you'd like us to send you you! Good luck with the collection; & the tournament!

We haven’t seen Campbell’s sticker ourselves yet, of course, but let’s hope for his sake that he ends up taking a better picture that some of his high-profile contemporaries from down through the years... 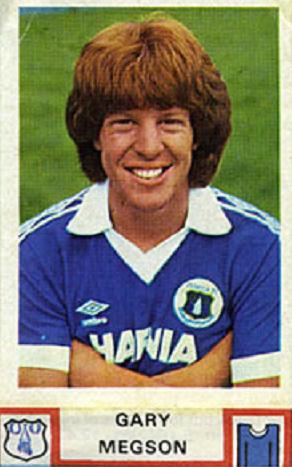 popular
RTÉ tries to solve Michael Collins murder in new documentary
QUIZ: Can you get top marks in this short but tricky Irish geography quiz?
4-year-old girl killed in Sligo caravan park named as Alice Dunleavy
Two long-thought-dead Marvel projects appear to be in the works
QUIZ: Can you score 12/15 in this difficult General Knowledge Quiz?
Family of Ashling Murphy share heartbreaking tribute at Fleadh Cheoil
QUIZ: Can you name all the counties in Ireland with an ‘N’ in their name?
You may also like
2 years ago
In an uncertain world, David Luiz provides the reassurance we all need
2 years ago
Arsenal manager Mikel Arteta tests positive for Covid-19
3 years ago
Arsenal ambassador and Bollywood actress apologises for racist remarks made towards Alex Iwobi
3 years ago
The Football Spin featuring Mourinho’s resilience, Liverpool’s desperate chase and the Ada Hegerberg effect
3 years ago
WATCH: Matteo Guendouzi celebrates with Arsenal fans after North London derby win
3 years ago
Arsene Wenger has finally explained the infamous trouble he has with zips
Next Page