The Irish golfer was spotted handing over one his balls to one lucky kid in the crowd at the Irish Open but, with the way that he’s playing at the minute, he may want to hand over his entire golf bag.

It also looks like the kid's dad is about to yoink it out of their hand but little does he know he's been nabbed on camera, the (maybe) thieving thiefer.

Here’s hoping the rest of the local lads can follow in the same manner. 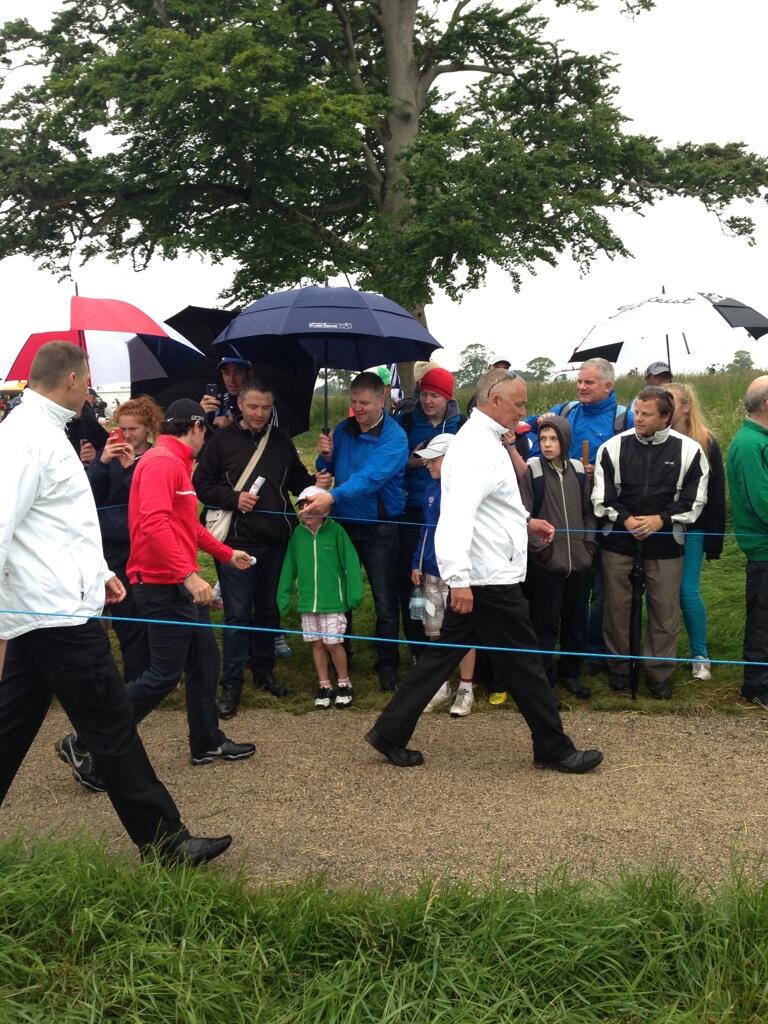 Hat-tip to Michael Delahunty who sent this in via Twitter. He’s actually at the Irish Open the lucky divil.

If you want to catch up with all the news even faster, you'll want a serious broadband connection with speeds of up to 70mb, so check out the good lads at Magnet, who will be filling your fatpipe so that you never have to worry about being connected.

The Big Reviewski || JOE · TBR Spotlight: Loki - Episode Six - 'For All Time. Always.'
popular
Met Éireann issues weather warning for three counties ahead of arrival of Storm Evert
Dublin cinema named best cinema in all of UK and Ireland
Michael Fry to star alongside big names from Game of Thrones and Derry Girls in TV adaptation of Graham Norton novel
Two of 2021's biggest movies both arrive in Irish cinemas this weekend
QUIZ: Can you get 10/10 in this quick County Cork quiz?
Man confronted by occupants during aggravated burglary of house arrested in Kildare
Ireland getting "very close to the end of the pandemic", says Immunology Professor
You may also like
5 months ago
Fine Gael senator says golf and sea-swimming restrictions should be lifted
1 year ago
"Very chaotic" - Irishman describes being struck by lightning on US golf course
1 year ago
Irishman hospitalised after lightning strike on US golf course
2 years ago
Shane Lowry given a hero's welcome in his hometown of Clara, Co. Offaly
2 years ago
Gardaí release plan for Shane Lowry homecoming in Offaly this evening
2 years ago
WATCH: RTÉ's interview with Shane Lowry's granny is absolutely wonderful
Next Page