Things are starting to get a bit messy at QPR...

QPR attacker Adel Taarabt has hit back at Harry Redknapp after being called "three stone overweight" by the manager following the defeat to Liverpool at the weekend.

Redknapp was fuming after his side conceded in the very last minute and decided to vent most of his fury at Moroccan international Taarabt calling him overweight and "unfit to play for a Premier League side" which is scathing to say the least. 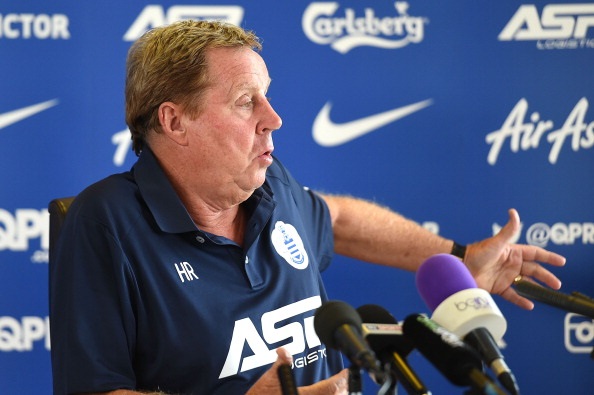 Taarabt has now had his say on the story and speaking to the Daily Mail, he said: "He (Redknapp) spends most of the time in his office but when he gets off the phone he comes down to watch for five or 10 minutes - he never takes a session. That’s when he said he had it in mind to start me against Liverpool.

"I am a professional - this is not about retaliation, this is about protecting my reputation. I played in that reserve game for 90 minutes and if he didn’t think I was running he could have taken me off. Maybe I didn’t perform like I could because it was a reserve team game and I was protecting myself.

"I can only get fitness playing Premier League. You can train six or seven hours, but you won’t be fit."

These pictures were posted on Twitter last night and we're struggling to find that extra three stone the player is supposed to be carrying.

Don't expect Adel Taarabt to be in the QPR starting team any time soon.

Hat-tip to the Daily Mail.

The Big Reviewski || JOE · The Big Reviewski with Andy Serkis, Squid Game follow-ups & the return of Succession
popular
Nigel Farage has been saying republican phrases again, but in reality, he's the one laughing
Ranking all of Christopher Nolan's movies from worst to best
How to lower your cholesterol - 5 really handy tips
Largest aircraft in the world touches down at Shannon Airport
The 100 greatest TV shows of the 21st century have been revealed
An underrated Denzel Washington thriller is among the movies on TV tonight
Gardaí will be out in force pulling for speed this week
You may also like
4 years ago
WATCH: This 20 seconds of football footage is officially the worst ever
6 years ago
Pic: Liverpool and Chelsea fans might agree with Joey Barton's take on Raheem Sterling and John Stones
6 years ago
Video: This little whippersnapper just earned QPR £9m
6 years ago
Video: Cheeky Aston Villa ball boy nutmegs Rob Green and he didn't like it one bit
6 years ago
Pic: QPR defender Nedum Onouha suffered a fairly gruesome cut against Arsenal
6 years ago
QPR boss Harry Redknapp has high hopes for Galway youngster Ryan Manning
Next Page