We're pretty sure David Moyes won't see the funny side to this.

A quick glance at the papers and the internet today suggests it is open season on David Moyes and Manchester United now. The 3-1 defeat at the hands of Chelsea yesterday confirmed that United face a massive battle to nab a top four spot now, with any hopes of retaining their title surely gone.

After signing a six-year deal in the summer, nobody expects Moyes to be fired but Paddy Power decided to have a little fun at Old Trafford this morning by making a special delivery.

Encased in a 'break in case of emergency' box, a life size statue of Alex Ferguson, complete with hand on watch, was dropped off outside the stadium. 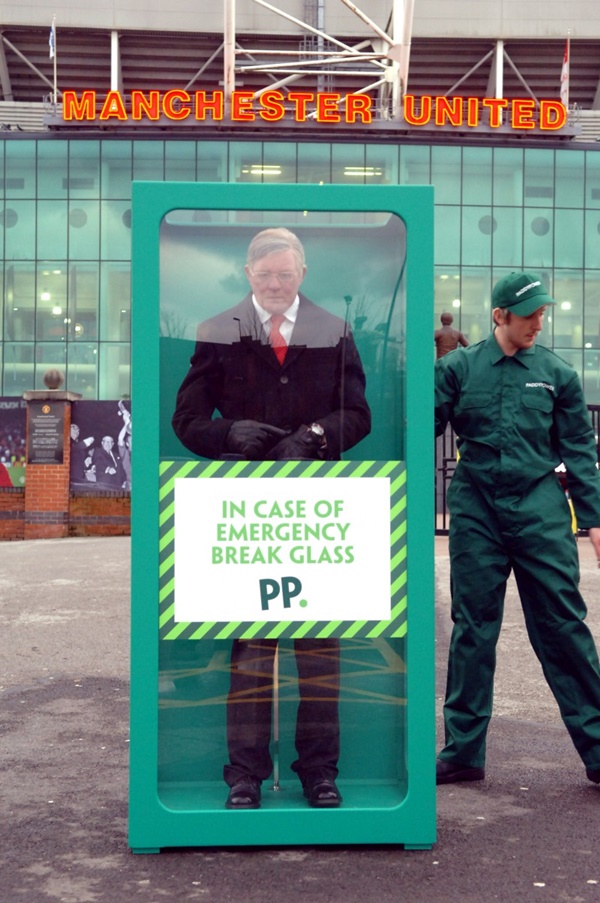 With the bookies offering odds of 7/1 for Fergie to manage a Manchester United game this season, this is certainly an attention grabbing stunt by the masters of the art.

popular
Thunderstorm warning for Ireland escalated to Status Orange with hail and flooding forecasted
Gardaí urge public not to share "upsetting" pictures of fatal assault of Paul 'Babs' Connolly in Westmeath
Disney+ has just added 10 big movies to its library
The JOE Music Quiz: Week 117
An exciting Irish crime thriller is among the movies on TV tonight
QUIZ: You'll need to be razor-sharp to get 100% in this General Knowledge Quiz
The JOE Friday Pub Quiz: Week 307
You may also like
3 days ago
The Ultimate "That Actor From That Thing" Quiz
1 month ago
The Chase star Bradley Walsh can't control his laughter after the most NSFW answer ever
1 month ago
WATCH: Lightyear star reveals who'd win in a fight between him and Thanos
1 month ago
30 years on, The Simpsons writer confesses he misunderstood iconic joke
5 months ago
30 years ago, Arnie's biggest prank ended with Stallone's biggest flop
6 months ago
China gives Fight Club a new ending, manages to completely change the plot of the movie
Next Page